‘Supernatural’ Star Nicki Aycox Dies at 47, Cause of Death Unknown

Hollywood actress Nicki Aycox is no longer with us. The Jeepers Creepers 2 star has passed away at the age of 47. Losing a loved one is never easy. Sending love and light to her near and dear ones during his hard time.

Nicki died on November 16, 2022, Wednesday. The tragic news of her passing away was shared on social media by her sister-in-law Susan Raab Ceklosky. Continue reading further to know the cause behind the death of the actress Nicki Aycox. What was the reason behind the death of Nicki Aycox?

Not long ago, Nicki Aycox’s sister-in-law Susan Raab Ceklosky confirmed the news of the Hollywood actress’s death on the social media platform Facebook. She posted a series of pictures of Aycox on Facebook.

“My beautiful, smart, fierce, incredibly talented, and loving sister-in-law, Nicki Aycox Raab, passed away yesterday with my brother, Matt Raab, by her side. Nicki and Matt had a wonderful life together in California. She was definitely a fighter and everyone who knew her loved her,” she wrote on Facebook. As of now, the cause of Aycox’s death has not been disclosed but let us share with you that she was diagnosed with leukemia last year. It seems like she died after a long battle with the disease.

In March of 2021, The Girl on the Train star shared that she had started chemotherapy. Later on, she said she was seriously ill in January and February of the same year. At that time, she went on to say, “I became very ill thinking I had covid in Jan and Feb. Well things came to a head. I ended up in a hospital diagnosed with Leukemia (sic).”

All you need to know about Nicki Aycox

Nicki Lynn Aycox was born on May 26, 1975, in Hennessey, Oklahoma, U.S. She was a singer and actress by profession. During his childhood days, she played the piano and even sang in beauty pageants.

Aycox’s early acting credits are 3rd Rock from the Sun, USA High, Boy Meets World, The X-Files, and Providence. Soon after, she bagged an opportunity to play the role of Minxie Hayes, a psychic cheerleader, in Jeepers Creepers 2, which was the sequel to the 2001 horror film Jeepers Creepers. 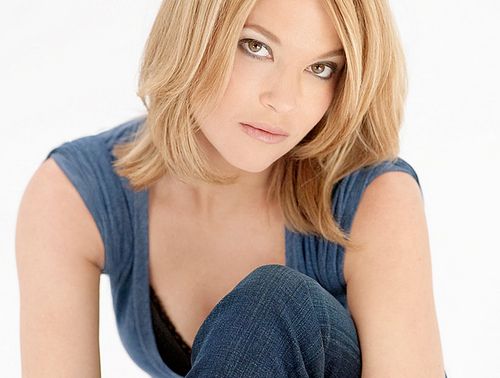 Nicki Aycox was best known for essaying the character of demon and her human vessel Meg Masters in the first and fourth season of the CW’s Supernatural. In addition to this, she also starred in Jeepers Creepers 2, Perfect Stranger, and The X-Files: I Want to Believe.

Her last acting credit saw the light of day in 2014 in the movie Death in Campus. She played the role of Danielle Williams in the film. She dropped her debut EP titled, Red Velvet Room, in 2015. It consisted of songs like My Secret, Johnny, Old Man Joe Lullaby, and more.

We send our deepest condolences to the friends and family members of Nicki Aycox during this difficult time. May the departed soul rest in peace. Don’t forget to stay tuned with us for the latest updates from the world of showbiz.