The controversial move of the Supreme Court overturning the landmark Roe Vs. Wade judgment has sparked demonstrations on both sides. What’s being called a win for the right, is getting tremendous agitation from the people of America. Since there is no federal law protecting the right to abortion in the US, the overturning of ‘Roe vs. Wade’ leaves abortion laws entirely up to the states. So what’s next? Read on to know more about it. 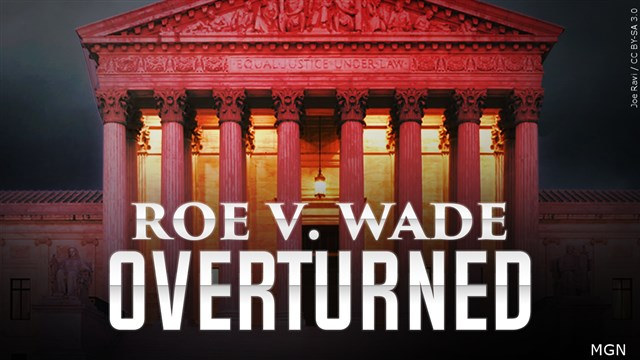 In a controversial judgment by the United States Supreme Court, the highest authority has ended constitutional protections for abortion that were in place for nearly five decades. The decision in Dobbs Vs. Jackson Women’s Health Organization has come with a conservative majority to overturn the landmark “Roe Vs Wade” ruling of 1973.

The “not so shocking” judgment on Friday (June 25), the whiff of which, we got almost a month back with the stunning leak of a draft opinion by Justice Samuel Alito, leads to abortion bans in roughly half of the states. The conservatives are calling it a decision that has come through the culmination of decades of efforts by abortion opponents.

Not only this, it has come as a result emboldened right side of the court fortified by three appointees of former President Donald Trump. The ruling came more than a month after the stunning leak of a draft opinion by Justice Samuel Alito indicating the court was prepared to take this momentous step.

A Controversial Ruling Dissented By Liberals… The decision to ban abortion has sparked a wave of agitation among many Americans who remain at odds with the court. Justice Alito, in his final verdict issued on Friday (June 24) wrote that Roe Vs. Wade and Planned Parenthood Vs. Casey, which granted constitutional protections for abortions was both wrong the day they were decided and must be overturned.

He further noted that the Constitution “makes no reference” to abortion, and no such right is implicitly protected by any constitutional provision,” Alito further wrote, “Authority to regulate abortion rests with the political branches, not the courts.” Other judges who favored the decision were Justice Clarence Thomas, Neil Gorsuch, Brett Kavanaugh and Amy Coney Barrett.

The latter three justices are Trump appointees. Interestingly, Thomas first voted to overrule Roe 30 years ago. Chief Justice John Roberts would have stopped short of ending the abortion right, noting that he would have upheld the Mississippi law at the heart of the case, a ban on abortion after 15 weeks, and said no more.

Justices Stephen Breyer, Sonia Sotomayor and Elena Kagan “the diminished liberal wing of the court” were in dissent. They wrote, “With sorrow, for this Court, but more, for the many millions of American women who have today, lost a fundamental constitutional protections, we dissent.”

The States Take Up The Charge… If you’re wondering how the states would take up the command, Guttmacher Institute, a leading reproductive rights advocacy group revealed that twenty-two states had laws or constitutional amendments that were already in place to quickly ban abortion as a result of this controversial decision.

More than a dozen states would ban abortion after six weeks, which means that it would result in an effective ban on the procedure, as most people are unaware they are pregnant by that time. America is undergoing something as ugly as a dictatorship. Well, some states were just waiting to take the charge.

The Trigger-Bans Are As Real As They Come… Legally speaking, a trigger law is a nickname for a law that is unenforceable but may achieve enforceability if a key change in circumstances occurs. In the United States, 13 states have enacted trigger laws which means they will automatically ban (medically unnecessary) abortion in the first and second trimesters as Roe v. Wade gets overturned on June 24, 2022.

The trigger laws are presumably now enforceable and very much in effect. For instance, three states Kentucky, Louisiana and South Dakota — have so-called “trigger bans” that went into effect automatically with the Supreme Court’s reversal Friday of Roe v. Wade, the 1973 ruling that had established a constitutional right to an abortion.

Ten other states have trigger bans with implementation mechanisms that occur after a set period or after a step taken by a state government entity. Missouri has already made the move required to implement its abortion ban, with state Attorney General Eric Schmitt announcing on Friday that he had taken the step of certification laid out by Missouri law. In the 21st century, America has to once again witness the plight of many as the ruling is expected to disproportionately affect minority women who already face limited access to health care. A survey by CNN showed that just 30 per cent of Americans wanted the court to completely overturn Roe-vs-Wade, whereas 69 per cent opposed such a move. What’s your take on this?
Share
Facebook
Twitter
Pinterest
WhatsApp