Skeleton of a Dinosaur, Believed to be the Largest in Europe, Found in a Man’s Backyard in Portugal

The remains of a dinosaur, said to be the biggest ever found in Europe, have been unearthed in a backyard in Portugal. The bones are believed to belong to a sauropod dinosaur, with a height of 12 meters and a length of 15 meters.

These are now being examined by an international research team. The remains were first noticed by the owner of the private property in Pombal, Portugal, in 2017 while carrying out construction work. He noticed fragments of fossilized bones at the time and contacted the researchers at the University of Lisbon, who conducted an excavation at the site. 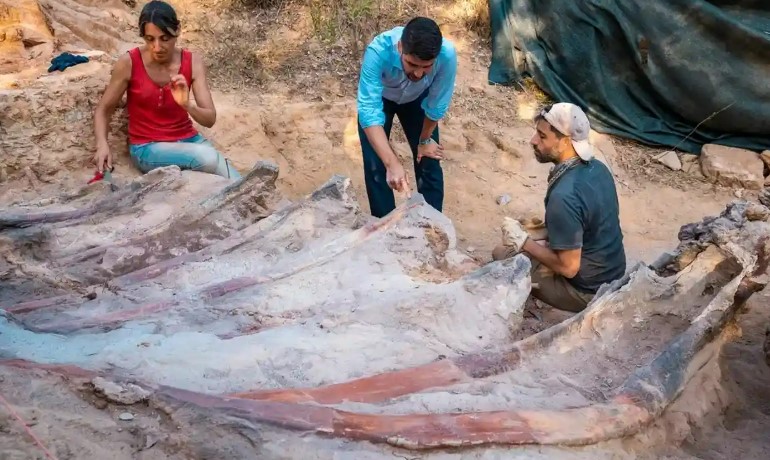 Portuguese and Spanish paleontologists found the skeleton of the sauropod dinosaur during excavation between August 1 to 10. Elisabete Malafaia, a Postdoctoral researcher at the Faculty of Sciences of the University of Lisbon said that it is rare to find remains of an animal this way.

She was quoted saying, “It is not usual to find all the ribs of an animal like this, let alone in this position, maintaining their original anatomical position. This mode of preservation is relatively uncommon in the fossil record of dinosaurs, in particular sauropods, from the Portuguese Upper Jurassic.”

The set of bones unearthed from the site currently include the vertebrae and ribs of a possible brachiosaurid sauropod dinosaur. The excavation is being taken care of by  Instituto Dom Luiz at the University of Lisbon, Portugal; Faculty of Fine Arts at Complutense University of Madrid, Spain; the Evolutionary Biology Group at UNED-Madrid, Spain with the support of the Pombal City Council. 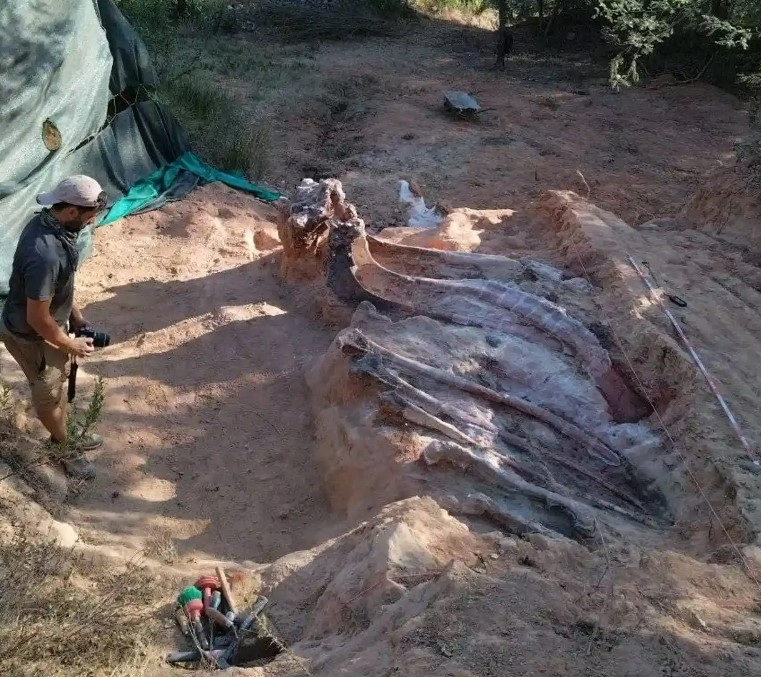 The Skeleton Could be 100 Million to 160 Million Years Old

The brachiosaurid sauropod dinosaur species existed between 100 to 160 million years ago. They inhabited the Upper Jurassic to the Lower Cretaceous. The group was one of the biggest dinosaur species and one of the largest land animals to have ever existed. They are identified by the presence of clearly developed forelimbs.

Remains of another sub-group of the brachiosaurid species, the Lusotitan atalaiensis, were earlier discovered in Portugal’s West region.

Researchers have said that the preservation characteristics of the fossils and their disposition indicate that other parts of the skeleton might also be present in the region. They will now be testing a hypothesis to plan for future excavation campaigns at the site. 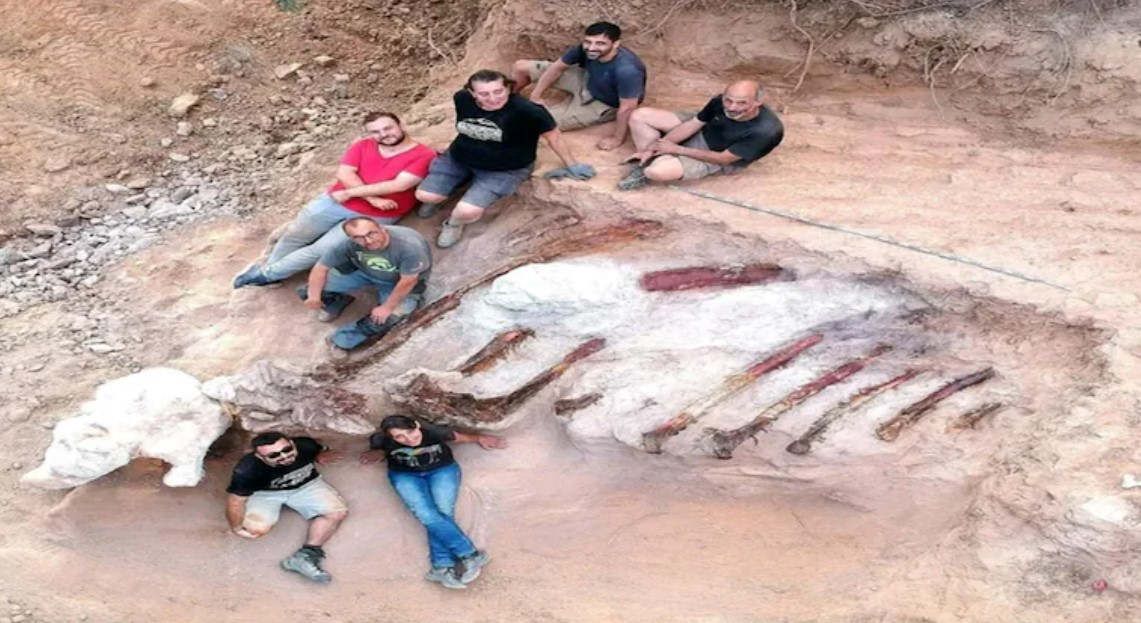 Elisabete Malafaia added, “The research in the Monte Agudo paleontological locality confirms that the region of Pombal has an important fossil record of Late Jurassic vertebrates, which in the last decades has provided the discovery of abundant materials very significant for the knowledge of the continental faunas that inhabited the Iberian Peninsula at about 145 million years ago.”

The news of the discovery of the remains comes days after new dinosaur tracks were found in Texas at the Dinosaur Valley State Park. The tracks remained covered under the Paluxy river earlier, which has dried up this year due to extreme drought conditions in the region.