Right-Hand Man of Trump, Rudy Giuliani Slapped by an Employer of NYC Supermarket

America is undergoing a nightmare after the controversial Supreme Court’s judgment overturning the landmark Roe Vs. Wade ruling was delivered on Friday (June 25). The judgment leads to abortion bans in roughly half the states. Oh yes, people are agitated and Former Mayor Rudy Giuliani became a subject of this agitation on Sunday. Donald Trump’s controversial right-hand man, known for trying to overthrow the American Democracy, was slapped in the back inside a Staten Island supermarket Sunday while campaigning for his son, Andrew. Read on to know about the incident.

No Justice, No Peace… Police say former New York City mayor Rudy Giuliani was slapped inside a Staten Island supermarket Sunday while campaigning for his son, Andrew. As per Giuliani’s version, the store employee, who is now arrested, was angry over the Supreme Court’s decision on Friday to overturn Roe v. Wade. He says fortunately he didn’t fall to the floor but says the slap was so hard he almost lost his balance.

The incident occurred just before 3:30 p.m. on Sunday (June 26) at a ShopRite on Veterans Road West in the Charleston section. Rudy said, “All of a sudden, I felt this tremendous slap on my back or banging on my back. I didn’t know what it was.” He stated that the smack almost knocked him off his feet and was followed by a verbal assault.

He continued, “There were curse words and kinda threats. It seemed to have to do with abortion, you know, with the fact that he thinks women are gonna die. He looked either inebriated or under the influence of drugs, and he wouldn’t stop, so a number of the security people came over, they restrained him, and I said call the police.” Giuliani claimed that he was greeted by a bunch of supporters after the said incident which was caught on the surveillance video. He stated,  “All of a sudden, I feel this, ‘Bam!’ on my back, I don’t know if they helped me not fall down, but I just about fell down, but I didn’t.”

He told the crowd, “I feel this tremendous pain in my back, and I’m thinking, what the — I didn’t even know what it was, All of a sudden, I hear this guy say, ‘You’re a f–king scumbag,’ then he moves away so nobody can grab him.”

He added, “Then he starts yelling out all kinds of, just curses, and every once in a while, he puts in that woman thing.” Giuliani stated that the man continued to rage and said, ” You guys think you’re saving babies, but you’re gonna kill women.” The man who slapped Giuliani has been identified as 39-year-old Daniel Gill of Staten Island. He was taken into custody and is being charged with assault in the second degree. However, Giuliani denied medical attention at the scene. After getting the store employee arrested, Rudy’s son Andrew who is running for the Republican nomination for governor, tweeted, “MAKE NEW YORK SAFE AGAIN!”

Well, even though the store employer’s action comes as derogatory, don’t forget, every action has an equal and opposite reaction. The controversial move of the Supreme Court overturning the landmark Roe Vs. Wade judgment has sparked demonstrations on both sides.

What’s being called a win for the right, is getting tremendous agitation from the people of America. Since there is no federal law protecting the right to abortion in the US, the overturning of ‘Roe vs. Wade’ leaves abortion laws entirely up to the states. Around twenty-two, states had laws or constitutional amendments that were already in place to quickly ban abortion as a result of this controversial decision.

Not only this, trigger laws are now in effect. For instance, three states Kentucky, Louisiana and South Dakota — have so-called “trigger bans” that went into effect automatically with the Supreme Court’s reversal Friday of Roe v. Wade, the 1973 ruling that had established a constitutional right to an abortion.

A day after the judgment, Full House star Jodie Sweetin was pushed to the ground on Saturday (Jun 25) during a protest against the abortion ban following the controversial Supreme Court judgment. Well, the judgment has certainly put many Americans at odds with the court. 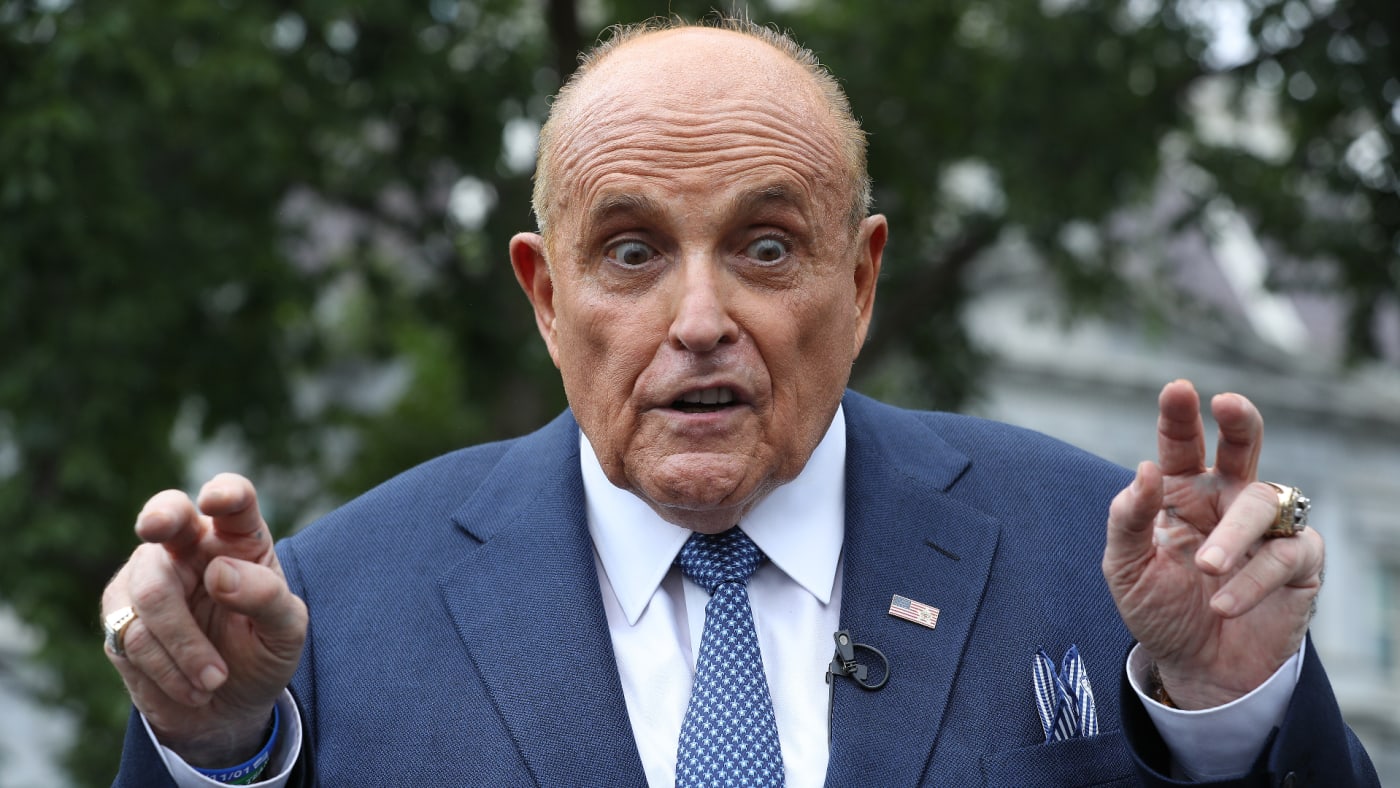 While Daniel Gill has been arrested for slapping the former mayor of New York, it is important to recall his past sins. In simpler terms, Rudy Giuliani is not a very dignified man. Rudy joined Trump’s legal team in 2018 and is known for engaging in corruption and profiteering the Trump administration. In late 2019, Giuliani was under federal investigation for violating lobbying laws and served as a central figure in the Trump-Ukraine scandal.

After the 2020 presidential election, Giuliani filed lawsuits to overturn the election results on behalf of Trump. He made allegations of rigged voting machines, polling place fraud, and also an international communist conspiracy in his lawsuit. In 2021, his license to practice law was suspended in New York State and the District of Columbia. Well, Daniel may have been triggered due to the recent decision that curtails women’s right to abortion, but many celebrities have showcased their disappointment due to Rudy’s presence. This year, in April, The Masked Singer judge Ken Jeong was simply pissed and stormed off the stage as Rudy appeared on the show and started singing.

Rudy Giuliani is known for spreading misinformation. He is termed as a “criminal goon” who is being investigated for trying to overthrow the American Democracy for his idiot emperor Donal Trump. What do you think about this incident and the present judgment?