Recently, aspiring rapper Rollie Bands was shot and killed in Florida. As per the reports, he was shot over the weekend a couple of minutes after he shared his location with Opps on social media. For those unaware, let us tell you Opps is a term that stands for opposition or enemies. It is often used in gang or street culture.

Rollie wouldn’t have thought in his wildest dreams that a message posted by him on social media platform Instagram would result into his death. Continue reading further to catch more details about the whole incident. Rollie Bands was shot in Florida

As per multiple reports, the rapper was murdered outside his apartment after he shared a message on his Instagram Story. In short, he put out a challenge that was directed towards his enemies.

Rollie challenged his enemies to pull up and meet him and stated that a lot of folks knew where he resided. He penned down, “ A lot of these [N-word] know where I live at fr. I sleep in peace. If a N**** want smoke pull up I’m at my crib in 5 minutes,” on his Instagram Story. 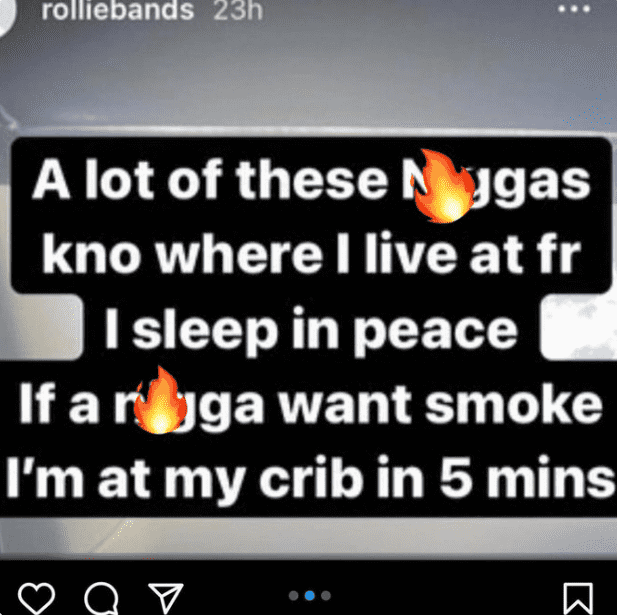 Bands’ Opps did not come out to play. His enemy ended up reaching his apartment and killing him a couple of minutes after he posted the message on his Instagram Story.

Rollie Bands was a hip hop-artist who lived in Tampa. He had a fanbase of 5k followers on the social media platform Instagram. He shared more information about his upcoming songs on Instagram. He was most noted for his songs Struggle, Reminiscin, and Close Ties. 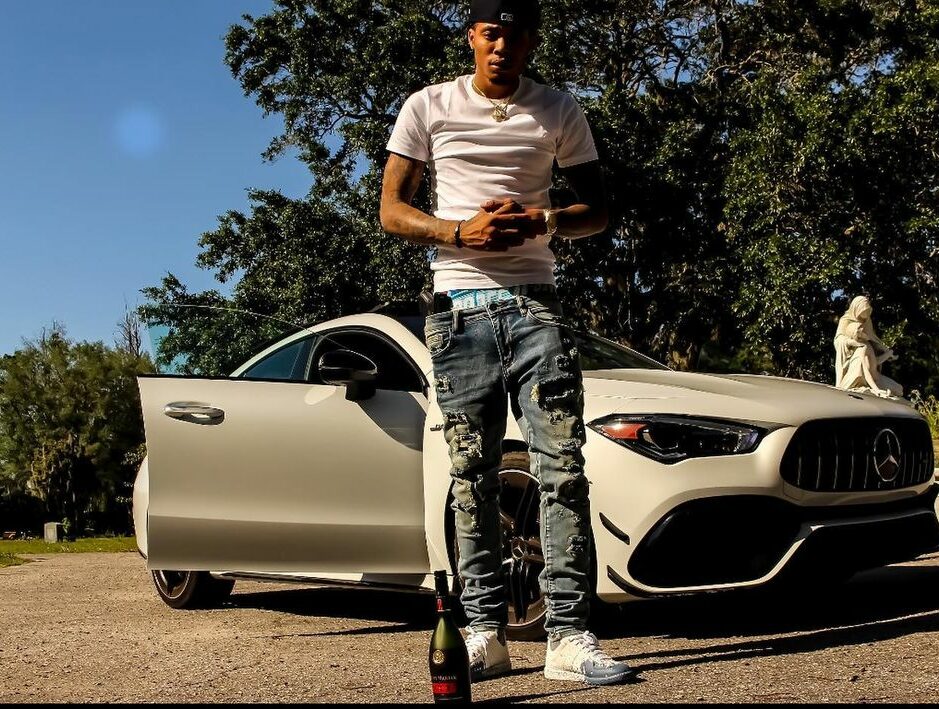 It has been stated that the shooter left the complex before the cops arrived. Soon afterward, Rollie was rushed to the hospital but he couldn’t make it out alive. So far, no arrests have been made in the case.

How did the fans react to the passing away of Rollie Bands?

One user wrote, “Rollie Bands has passed away, condolences to his family and friends.” Another user tweeted, “My heart goes out to rapper Rollie Bands in Tampa that was shot and killed. Regardless, it’s sad.”

Followed by a user who penned, “The tongue is real powerful … he signed his own death certificate smh so sad! #rolliebands” A user went on to say, “I would never laugh at this. I am not currently holding my sides, rolling on the ground laughing. Rest easy… Rollie bands…. Rollie bands…” Another user wrote, “The first time I’m ever hearing about this Rollie Bands dude is him calling the assassins on himself and dying LMFAO when does the album drop?”

These were a few reactions of the fans to the demise of the artist. We send our deepest condolences to the close friends and family members of Rollie Bands. Don’t forget to stay tuned with us for the latest updates from the world of showbiz.