Queen Elizabeth II is going to pay tribute to the Duke of Edinburgh’s life. The royal expert, Chris Ship confirmed the news via a tweet wherein he wrote, “New: The Queen will attend today’s Thanksgiving service for her late husband at @wabbey.”

NEW: The Queen will attend today’s Thanksgiving service for her late husband at @wabbey
Buckingham Palace says she is intending to travel there for the Duke of Edinburgh, which gets underway at 11:15am.
Her last public engagement was on 5 February

Chris added, “Buckingham Palace says she is intending to travel there for the Duke of Edinburgh, which gets underway at 11:15 am.” This decision was left to the last as Queen was sceptical about attending this service amid her mobility issues. Now, it’s confirmed.

𝐔𝐏𝐃𝐀𝐓𝐄: Buckingham Palace say the Queen IS currently intending to attend the memorial service later this morning. A decision had been left to the last moment in case the monarch was not feeling up to it. 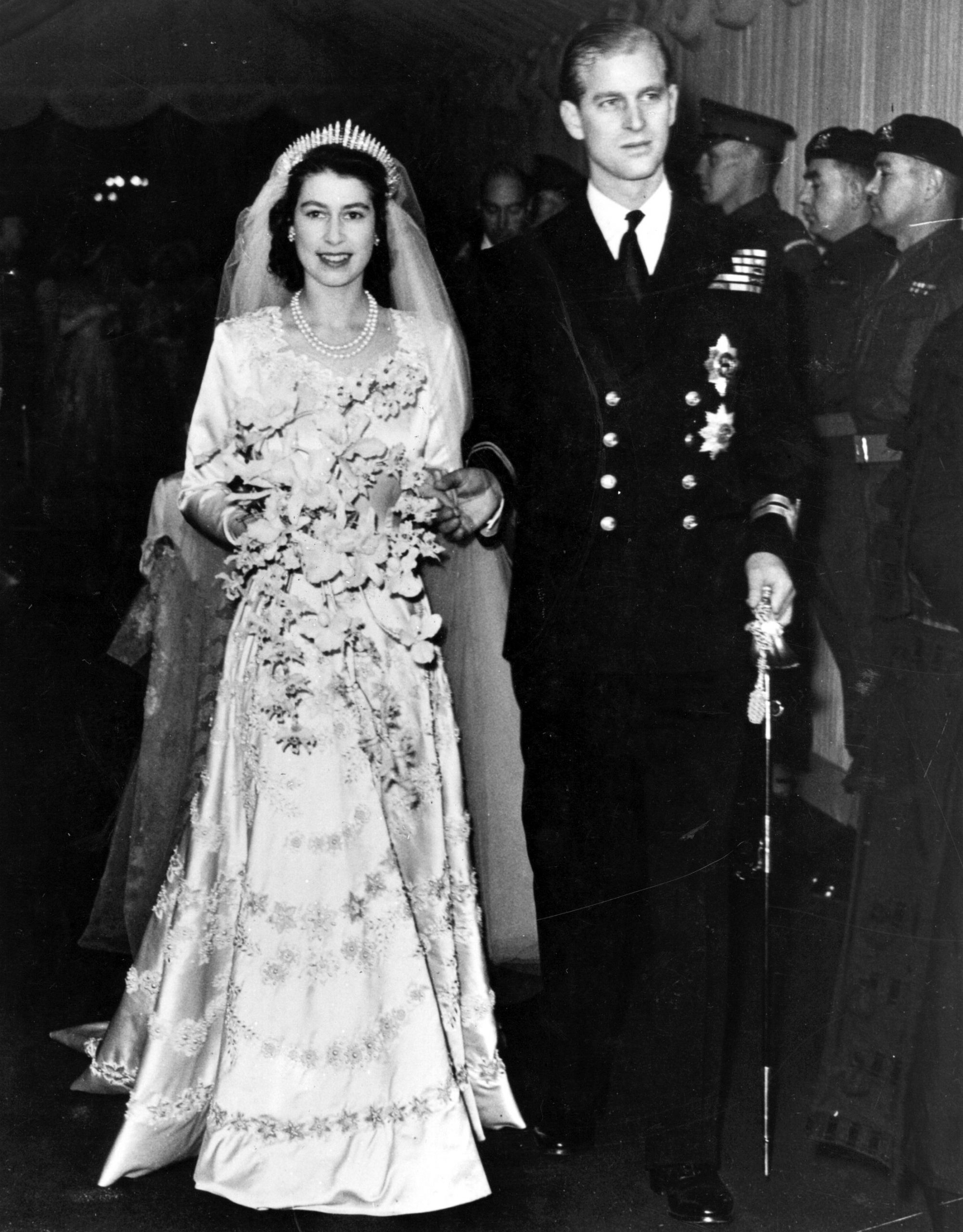 The 95-year-old monarch is travelling to London to mark the long and productive life of the Duke of Edinburgh in her first major public engagement away from Windsor Castle in nearly five months.

The prestigious ceremony in London will include several elements that the Duke had planned for his funeral at St. George’s Chapel in Windsor Castle. However, the royal family could not proceed with these plans last year due to pandemic restrictions. 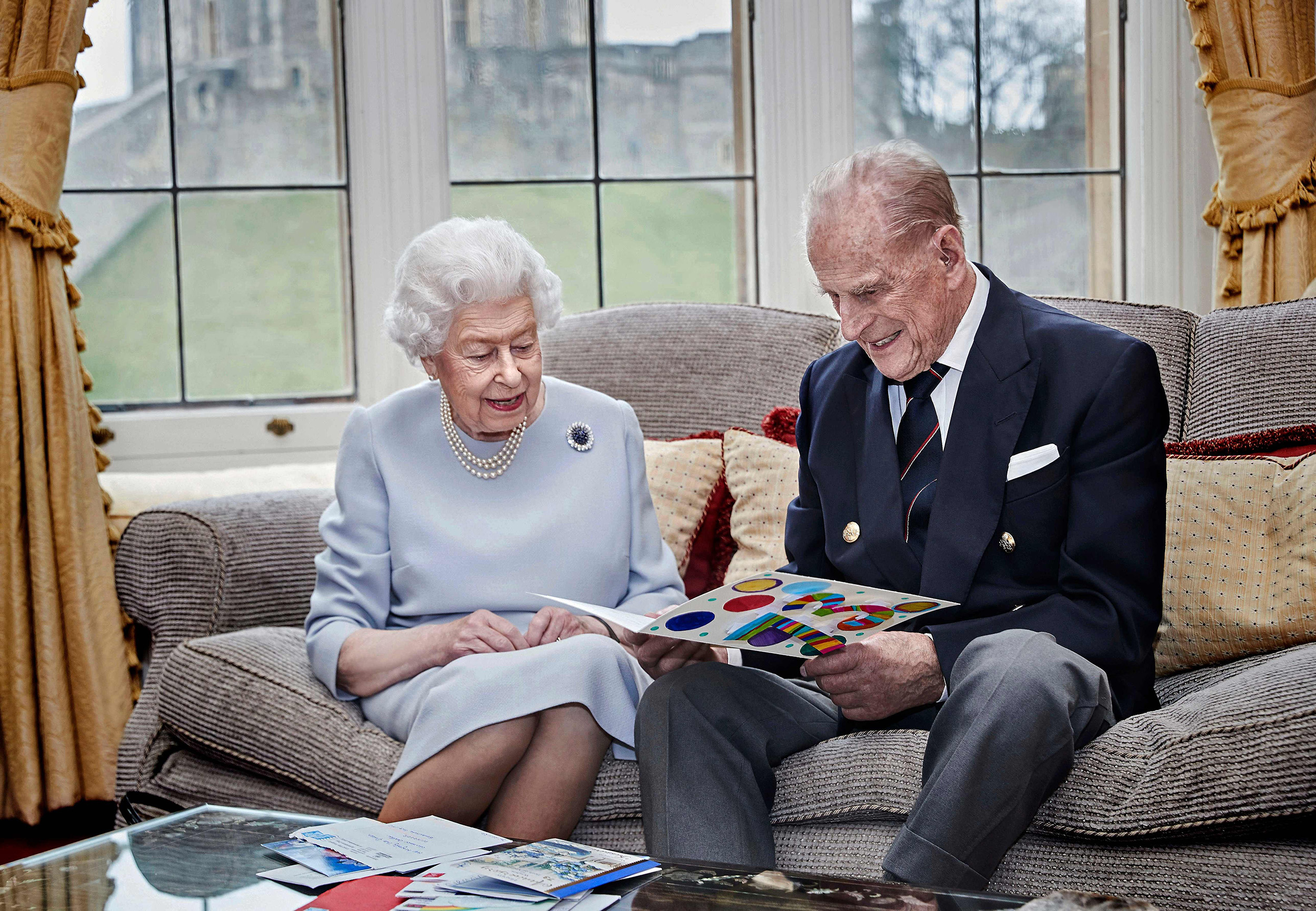 The Queen will be travelling with members of the Royal family and representatives of more than 500 charities for this auspicious service schedule to tribute to her late husband. Prince Philip, 99 passed away peacefully on 9 April 2021 at Windsor Castle. 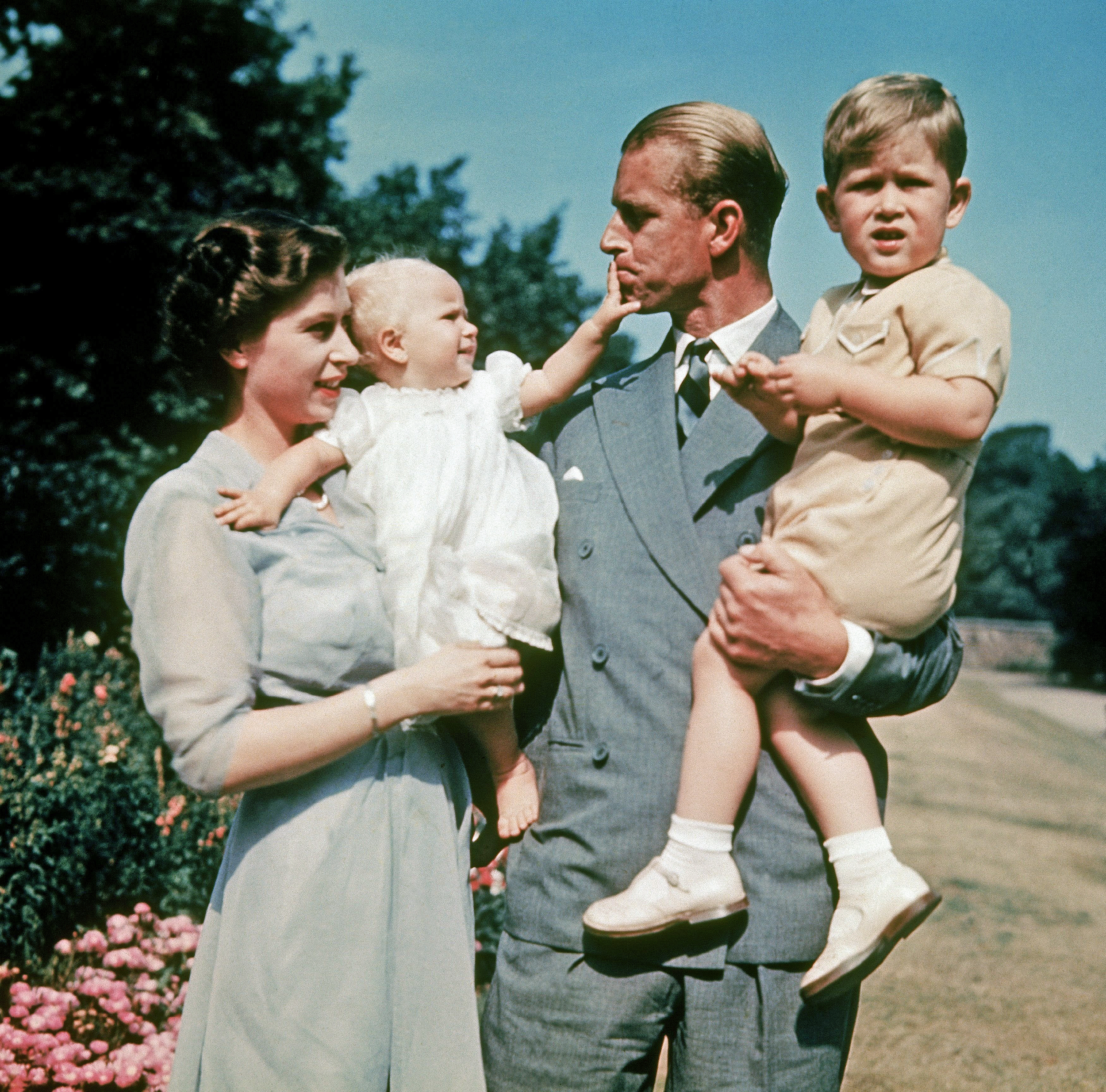 Prince Philip was born in the Greek and Danish royal families. However, his family was excited when he was just 18 months old. He completed his education in France, Germany and the United Kingdom.

Thereafter, he joined the Royal Navy in 1939 at the age of 18. During the Second World War, he served with distinction in the British Mediterranean and Pacific fleets. Philip relinquished his Greek and Danish royalty title after he exchanged rings with the Queen. He became a British subject and adopted the surname “Mountbatten” from his maternal grandparents

For the couple, it was “Till death do us apart”. The Queen and the Duke of Edinburgh were married for almost 74 years. He carried out more than 22,000 solo engagements until 2017. During his service, he met thousands of public members, presidents, celebrities and popes.

The Prince has a mischievous sense of humour. He once jokingly referred to himself as “the world’s most experienced plaque unveiled”. He is remembered as the world’s longest-serving royal consort in history. 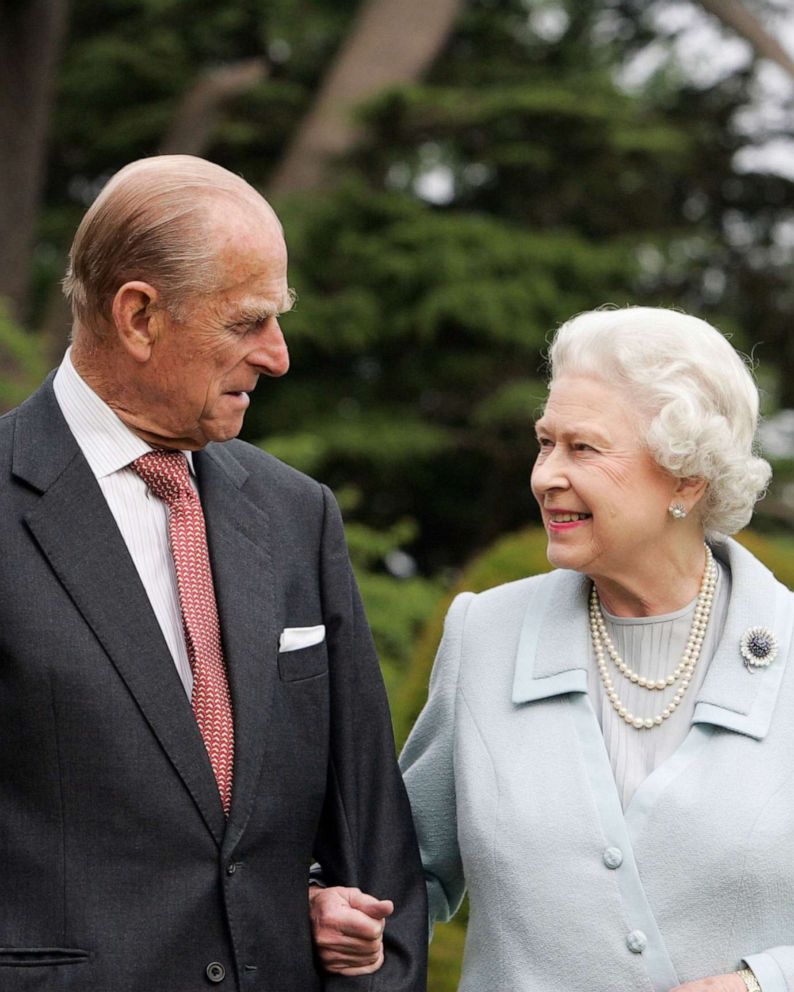 From courtship to their royal wedding, the couple had been married for almost 74 years. Queen Elizabeth and Prince Philip share a love story that spans over seven decades. British historians and commentators often expressed that Prince Philip was one of the key reasons for the Queen’s enduring success on the throne.

Queen Elizabeth also described Philp as her “strength and stay” on their golden wedding anniversary in 1997. She said, “He is someone who doesn’t take easily to compliments, but he has quite simply been my strength and stay all these years.”

The Queen was introduced to Philip when she was just 13. A major character who brought them close was Lord Mountbatten. Philip and his maternal grandfather shared a brotherly relationship.

Mountbatten was close to the royal family and sought to introduce his dashing nephew to then-Princess Elizabeth. It is said that the Queen never looked at any other man after that. 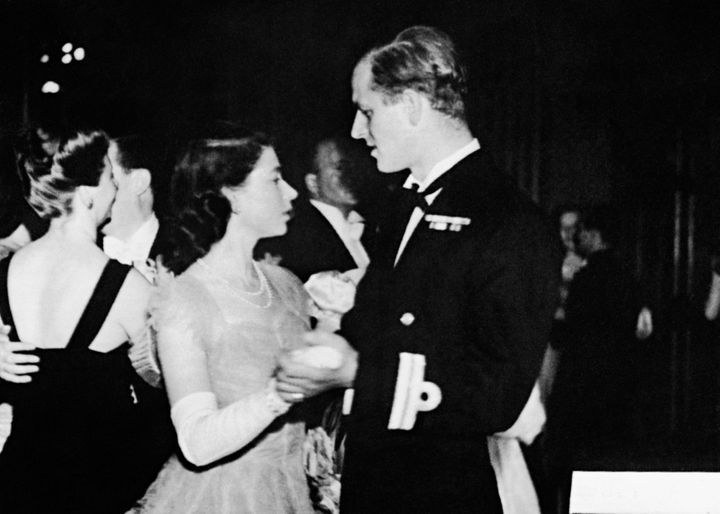 Prince Philip’s biography written by Philip Eade is one of the finest first-hand accounts of his love for Elizabeth. Eade once wrote in The Telegraph, “a great deal of the credit for her achievement as probably the finest constitutional monarch in British history should go to her husband, Britain’s longest-serving royal consort.” Now, that’s very true.

Prince Philip told biographer Basil Boothroyd about the years before Elizabeth became queen. He said, “Within the house, and whatever we did, it was together, people used to come to me and ask me what to do. In 1952, the whole thing changed, very, very considerably.” He jokingly meant that the Queen took over.

In the book, Long Live the Queen! 13 Rules for Living from Britain’s Longest Reigning Monarch, royal author Bryan Kozlowski wrote about the secret to Elizabeth and Philip’s long and happy life. Philp narrated to Kozlowski that “tolerance is the one essential ingredient. The Queen’s incredible tolerance deserved credit for his and Elizabeth’s marital bliss.”

That’s about the beautiful love story of Prince Philip and Queen Elizabeth II, who remains a one-man woman. At 95, she is travelling to London keeping aside her mobility issues just to pay tribute to her late husband and fulfil his wishes. 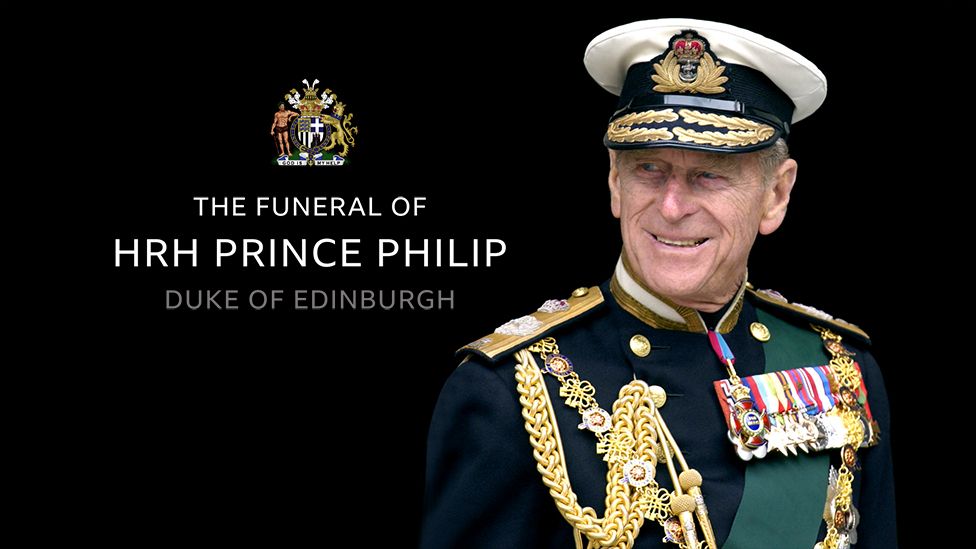 Like the Queen, Philip was an ardent horse lover. The Duke of Edinburgh was a sports enthusiast and helped develop the equestrian event of carriage driving. He presided over 780 organizations, including the World Wide Fund for Nature.

Philip was also the chairman of The Duke of Edinburgh’s Award, a youth award program. He retired from his royal duties on 2 August 2017 at the age of 96. By then, he had completed 22,219 solo engagements and 5,493 speeches. Elizabeth truly loves her husband, Prince Philip. She has been unable to attend any events in the past few months due to her concerning health. But this time, it is about the Prince and his wishes on the death bed.

The Queen will be making her first public appearance in 5 months alongside the members of the royal family and several dignitaries. The Queen can finally pay tribute to her husband’s last wishes. It comes as a very special moment for her and the royal family. What do you think about her decision?