Another dramatic event has taken place in the British royal family following Queen Elizabeth II’s death, and it is something unexpected! First, Harry and Meghan Markle were extended an invitation by Prince Williams to join the royals to receive the queen’s coffin. Now, Harry has been permitted to wear the military uniform at the queen’s vigil even though he remains a non-working royal. Stripped Off The Titles, Yet Remains Welcomed… 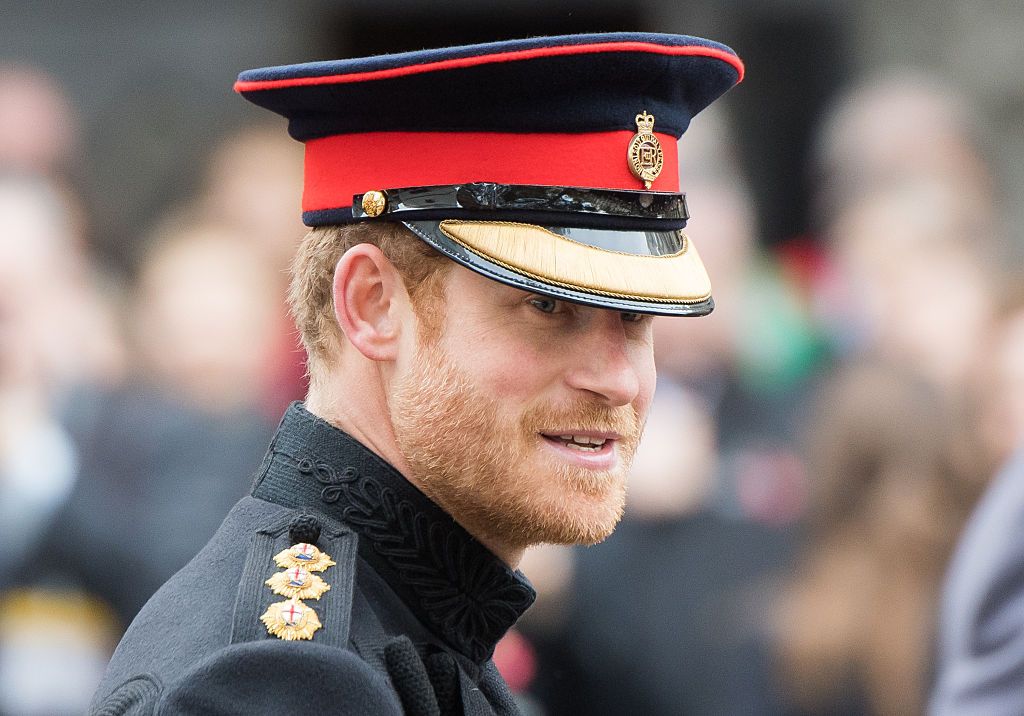 While the United Kingdom mourns the death of its beloved queen, her death has brought the royal family together in times of sorrow. Prince Harry, who was stripped of his military titles after quitting royal life in 2020 and moving to California with Meghan, will now be allowed to wear a military uniform for the queen’s final vigil tomorrow (Sept. 16).

The decision comes after initial reports wherein it came out that the Duke of Sussex, 38 was banned from wearing his military uniform along with disgraced uncle Prince Andrew. However, it is not yet confirmed if Harry would be allowed to don the prestigious uniform for the queen’s funeral on September 19.

If you must know, a source revealed that he did not request this change and was prepared to wear whatever his grandmother decided for him. “He’s focused on honoring her and that’s it. If they’d like him in uniform, I have no reason to think that he won’t oblige,” the source added.

The reversal—first reported by The Mirror—follows Harry’s statement saying his “military service is not determined by the uniform he wears”, but it is understood the Palace caved to public sentiment after thousands complained about the decision to ban him and not Prince Andrew.

If you aren’t aware, according to a royal reporter and author Omid Scobie: “Only working members of the royal family will wear military uniforms for ceremonial events honoring the Queen over next week: procession and service in Edinburgh today, coffin procession to Westminster Hall (and vigil that follows), state funeral, final committal in Windsor.”

It is possible that the change in the decision has come after Prince Andrew was allowed to wear a uniform despite being a “non-working royal”. Once this was done, Harry’s defenders called out this “double-standard treatment” and well, it appears that things have been rectified to peacefully bid goodbye to the queen. Harry would be joining the royal members behind the queen’s coffin on Saturday (Sept. 17).

As for Harry, he really doesn’t care even if he has to attend his beloved grandmother’s funeral in civilian clothes. No matter what, Harry’s love for his grandmother remains intact. On Tuesday (Sept. 13), Harry released a heartfelt statement for Queen Elizabeth II, stating:

“Granny, while this final parting brings us great sadness, I am forever grateful for all of our first meetings—from my earliest childhood memories with you, to meeting you for the first time as my Commander-in-Chief, to the first moment you met my darling wife and hugged your beloved great-grandchildren. I cherish these times shared with you, and the many other special moments in between. You are already sorely missed, not just by us, but by the world over.”

Is Harry’s Relation With Royals Improving…

Prince Harry’s relations with the royal family have been turbulent for years. Starting from his strained relations with his dad, King Charles (reason being Princess Diana’s death) to his tussle with his brother Prince William (unwelcoming to Meghan Markle), Harry has mostly been a rebel.

Recently, he was wrapped in another controversy after a former stripper claimed to auction his 10-year-old underwear from a naked Las Vegas Party. But again, when he heard about the queen’s deteriorating health, he rushed to see her and remained by her side. Well, he did attend late during the time of her death. However, in these years, Harry has maintained his distance from the British royal family, one reason being, Meghan’s ill-treatment.

In a shocking move, Prince William also extended an invitation to Prince Harry and Meghan Markle to join the royal family to receive the queen’s coffin. A royal source revealed that the two brothers have put aside their difference for the Queen. We don’t know if peace has been called from both sides, but the family is surely moving past their differences to show respect to their late queen.

You all must be aware that even though the royal members continue to have bad blood against each other, Elizabeth always supported Prince Harry and likewise. While Prince Williams and Kate continue to have their opinions about Meghan, the queen always welcomed her with open arms into the royal family. She certainly shared a “special relationship” with the two of them, even though behind the curtains.

As for the funeral, Buckingham Palace has confirmed the date and timings of the funeral. Queen Elizabeth’s funeral will be held at Westminster Abbey on September 19 at 11a.m BST/3 a.m. PT/6a.m ET. You can watch the queen’s last rites live on CNN, ABC, Fox News etc. The queen’s last rites shall be attended by the royal family members and heads of state from across the globe. FYI, King Charles III will be coronated some months after the queen’s burial, something that happened with Elizabeth after her father’s death. In this manner, his oldest son Prince William is set to become the new hire to the throne and will be called the “Duke of Cornwall”.

While the decision may hurt many royal members, it must not be forgotten that despite the scandals in Harry’s life, the Duke of Sussex has served the U.K. and remains a respected member of the armed forces, let’s not forget all that he did for the veterans. Therefore, it makes sense that Harry is made to feel welcome as the royal family grieves the loss of their beloved queen.  What do you suggest?