An advance copy of Prince Harry’s upcoming autobiography, ‘Spare” has created a buzz across the globe. A senior source who read the since Harry has made some astonishing revelations about the royals in his upcoming book. At one point in the book, Prince Harry writes that it was Prince William and Kate Middleton who forced him to don a Nazi uniform for the 2005 party. Read on to know all about it. 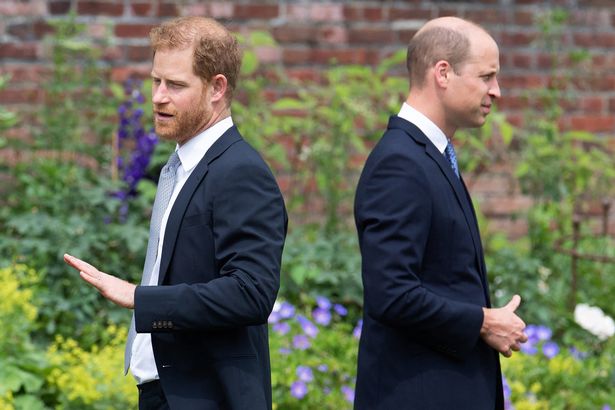 Prince Harry’s book, “Spare” hasn’t been released yet, but an advanced copy has created a lot of buzz among royal fans. According to Harry, the book which is raw and unflinchingly honest, makes several jaw-dropping allegations against the royals, especially against his brother, Prince William.

Sources reveal that in his upcoming book, Harry has blamed for the Nazi uniform scandal on his brother, Prince William and his sister-in-law, Kate Middleton. The Duke of Sussex claims that the Prince and Princess of Wales “howled with laughter” when they saw him dressed up for the 2005 party.

If you don’t recall the scandal, a 20-year-old Harry’s picture was published by The Sun in 2005 on the front page wherein the Prince was seen dressed up as a Nazi solider with a red armband resembling a big swastika. Harry wore this costume at a party with a “Native and Colonial” theme, where William was also a guest. Harry’s elder brother, however, was dressed in a homemade lion outfit. Harry’s picture sparked massive outrage across the world.

The “Spare” Attacks The Heir… Harry’s upcoming book revolves around the unifying theme of his resentment as a “Spare”. If you aren’t aware, Spare is an old saying in aristocratic and royal circles, which means: “a first son is an heir to titles, power and fortune, and a second is, therefore, a spare, should anything happen to the first-born.”

In one segment, Harry expressed how he ended up wearing the Nazi uniform. He revealed how he was confused between two costumes: a pilot uniform and a Nazi uniform.  “I phoned Willy and Kate and asked what they thought. Nazi uniform, they said,” Harry writes.

He also stated that he dressed in both uniforms and showed them to Kate and William. “They both howled. Worse than Willy’s leotard outfit! Way more ridiculous! Which, again, was the point,” Harry writes. Well, it seems Harry has gone on full attack against his brother.

Apart from this allegation, he also claims in this book that William physically attacked him and shoved him on the ground, resulting in a back injury. Harry has also made some startling revelations about Kate and Queen Consort Camilla Parker-Bowles. As for the Nazi uniform scandal, one senior publishing source who has already read “Spare”, stated: “It’s strange as you would think that Harry would take ownership of this and just move on and not drag his brother into it, but he makes it clear that he feels strongly about William’s role in the scandal.”

In an episode of Netflix’s explosive docuseries, “Harry and Meghan”, the Duke of Sussex recalled the infamous scandal where he wore a Nazi uniform and called it “one of the biggest mistakes in my life.”  He expressed remorse for the choice of the dress in the third episode of this series stating he “felt so ashamed afterwards.”

“It was probably one of the biggest mistakes in my life. I felt so ashamed afterwards,” Harry said. Well, I think Harry has gone a bit too far blaming everything on the royals. At the moment, both Harry and Meghan have full support from the US media, if not UK tabloids. Harry’s book, “Spare” is set to hit the bookshelves on Jan. 10, 2023.

As the chaos continues, the royal family has been tight-lipped on Harry and Meghan’s accusations. It appears that the British royal family has sadly turned into something as scandalous as “The Kardashians”. As a commoner, we don’t know whom to believe! What do you think?