Panic in New York Times Square as a Manhole Exploded

A manhole explosion stifled the tourists and crowds leading to mass panic in New York’s Time Square on the 10th of April, Sunday. The authorities confirmed that the panic was triggered due to multiple manholes set ablaze. The fires resulted in a loud blast and one resident claimed it to have shaken her “whole Apartment.” 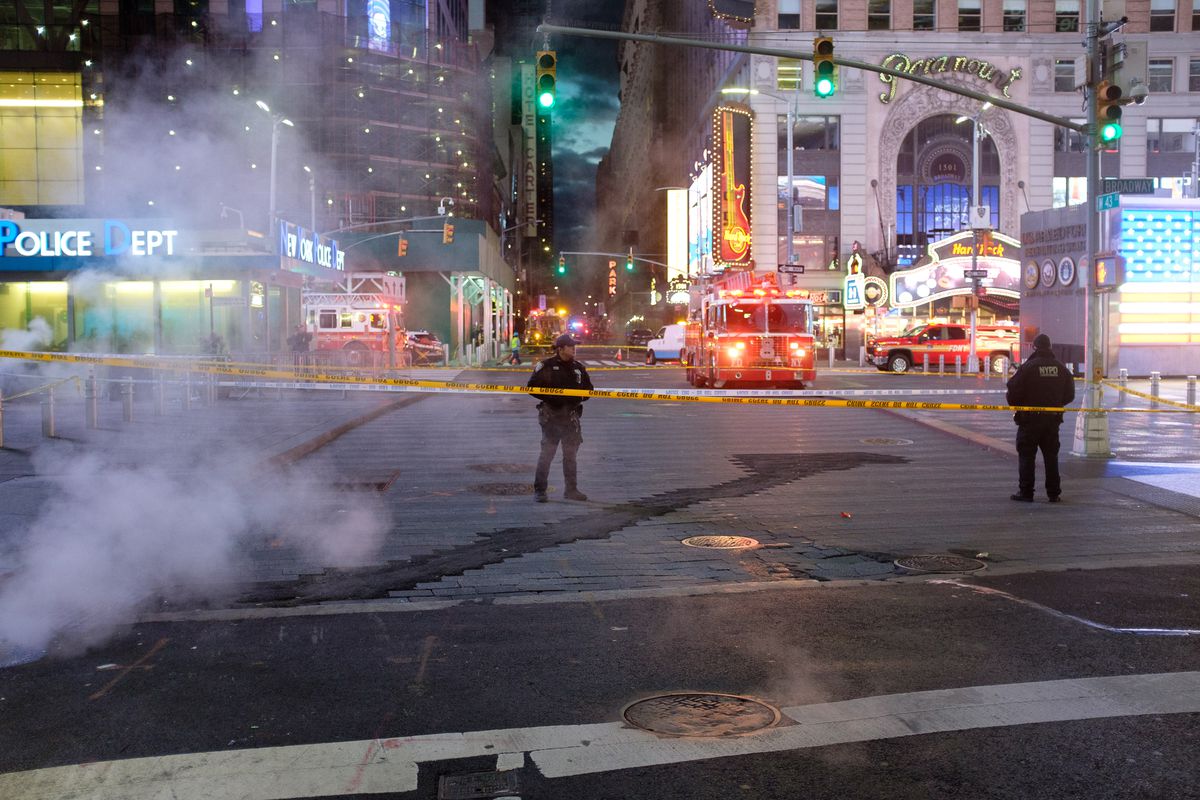 There were videos of the mishap all over the internet showing the pedestrians running through the Crossroads of the World around 7 in the evening with chaos all around, the scene has resulted in major parts of the Times Square shutting down.

Injuries and Consequences of the Explosion

As per the authorities, there have been no injuries as reported by the police and the fire officials. The New York Fire Department also reported that the Firefighters searched the area surrounding the explosion for any increased Carbon Monoxide levels to assess the type of manhole cover which lead to the explosion. The type of manhole cover exploded in either water, gas, sewer or subway is still unclear.

This isn't my normal tweet but tonight I was 100 foot away from an explosion in Times Square, I took this video a few seconds after. I believe it was a fire under ground that blew up. Its a miracle no one was hurt. pic.twitter.com/4zqprJBUOp

On searching it was confirmed that elevated levels of carbon monoxide were found at 18-story office premises, which was situated near the fire scene. The location was handed over to the utility companies after the Firefighters were done with their process of “venting and mitigating the cellar and sub-cellar of the location.”

What Triggered the Fires?

The manhole fire was seemingly caused by the failure of Cables which was made clear by the energy company Con Edison. “At this time, there have been no customer outages and no reports of injuries or property damage. Our crews remain on location,” the statement of the company read.

As per the records, Manhole exploding is a common incident and is usually triggered by aged frayed wires or corrosive chemicals or rodent bites. The wires running through these manholes carry a high voltage of electricity of around 13000 volts and they can cause fires if they heat the paper, insulation and lead due to the release of gases.

The reaction of the Crowd

The incident took over the social media and there were videos of the crowd running around unaware of what is happening which lead to panic and unrest.

“There’s just a huge explosion,” Brad Ball who was present amongst the crowd claimed. “It didn’t sound extraordinarily close, but definitely was an explosion.”

Video:You can hear the explosion of the manhole occur in this video . Which caused mass panic and confusion at Times Square. pic.twitter.com/v1CAxcIHJZ

“Once I seen the fire, the cops are telling me to back up. I slowly start backing up, but still I started, like, then again, I started proceeding, like, to the fire and then it actually exploded right in front of me and that’s when I was just, like, I started running,” another pedestrian who was present amidst the explosion, Lavier Pounds said.

“Feeling relieved. With it being the start holy week, I was very scared. When I say my whole apartment shook, my goodness! Hoping to get more details on the manhole explosion. Two in two years. Wild,” one of the nearby residents tweeted.