An NYPD cop was seen punching a woman, causing her to fall on the pavement, in a now-viral video. The incident took place on West 136th Street in Harlem on August 30 around 5 pm, when the police entered the neighboured to arrest a man.

The woman, identified as 19-year-old Tamani Crum, confronted the officer and allegedly slapped him, after which he punched her in the face. Read on to know the complete details of the incident. 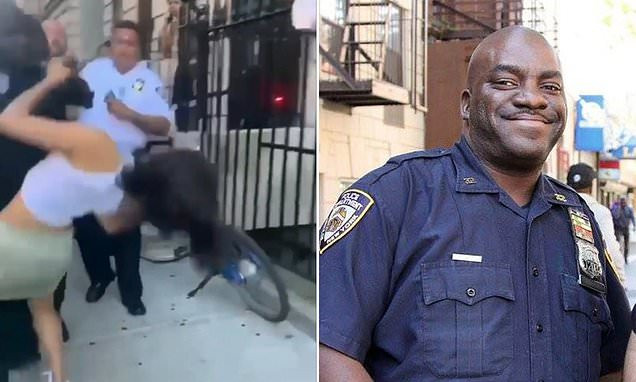 The video shows Crum obstructing the police from taking the convicted man under custody. The officer, identified as Kendo Kinsey, pushes her away from the crowd, but she goes back to push him in the shoulder. Kinsey then appears to be punching Crum, and she falls backward.

The crowd is heard saying, “Why would you do that?” as Crum lies on the floor holding her face. She was then taken into custody on charges of assaulting an officer, resisting arrest, and obstructing governmental administration.

“While police were effecting the arrest multiple individuals on scene interfered by physically assaulting numerous officers. One officer sustained a minor injury to the head,” the NYPD said in an official statement.

People are now demanding action against the officer. Meanwhile, NYPD sources have said that there will be an investigation, but the cop’s actions look justified to them.

The incident happened when NYPD officers had reached the spot to arrest a 22 year old man named Elvin James, who was charged with attempted murder. During the arrest, James was found to be possessing a firearm and a controlled substance. 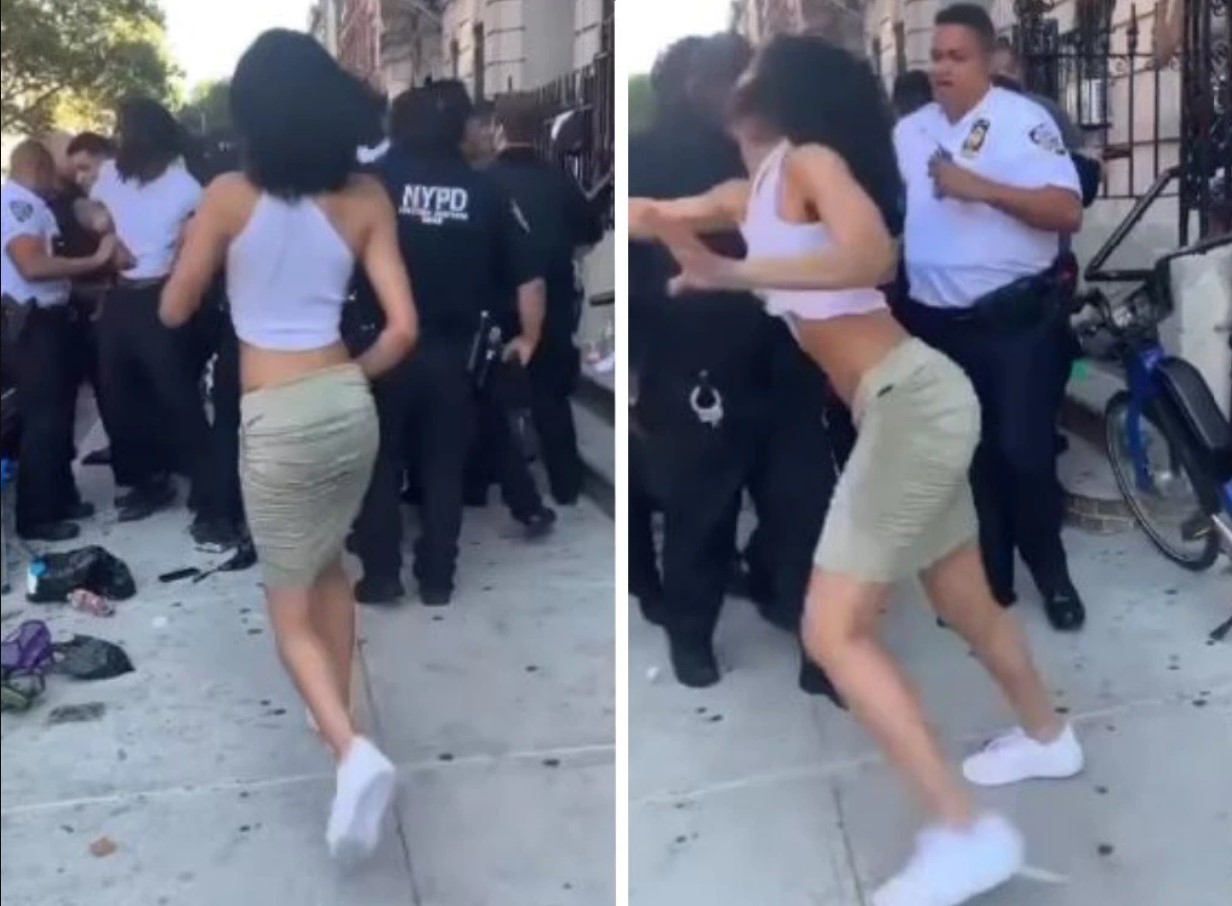 The police have now charged him with attempted murder as a hate crime in the second degree, reckless endangerment, and criminal possession of a weapon. The man allegedly shot a group of people on West 163rd Street near Adam Clayton Powell Jr. Boulevard on August 12 at around 10 pm.

Paul DiGiacomo, President of the Detectives Endowment Association, said in a statement, “You know, it’s nerve-wracking situation for the detective in that this person had a loaded firearm on him. And this individual tried to obstruct and distract the detective from the person that was in possession of the illegal loaded firearm.”

Crum has now been Released from Custody 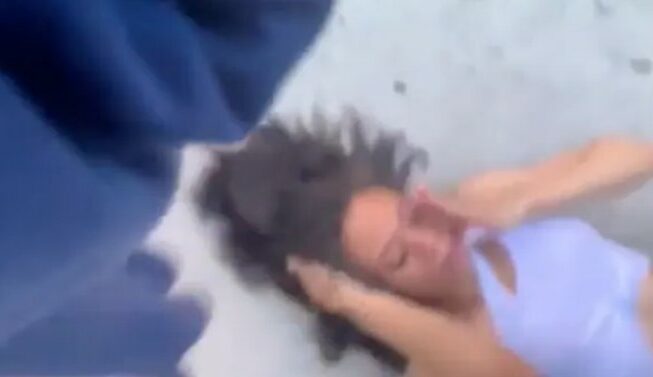 The woman pleaded not guilty to obstructing governmental administration on Wednesday night. She was then released on her own recognizance. Crum’s attorney Jaime Santana Jr talked to the media about the incident and said, “The officer involved in this case was approximately three times her body weight and size. This was unnecessary and it’s unacceptable. This has to stop.”

Crum’s mother apparently cried out in court. She was relieved after her daughter’s release and said, “Thank God she’s out, and I’m happy that she’s home with her mom. I’m very happy. It’s bad. Her back, she’s very sore. She’s hurting. And her head, she has a big knot in her head.”

The family wants the officer to be held accountable and wants action to be taken against him. Stay tuned for more news and updates.