Something unexpected happened at the world’s most-visited museum, Louvre in Paris over the weekend.

Art fans and casual visitors were left shocked after a man disguised as an old woman smeared cake across the Mona Lisa painting at the Louvre museum in Paris on 29th May, Saturday. According to witness testimony, a man wearing a wig in a wheelchair jumped all of a sudden and threw cake on one of the world’s most famous works of art, the Mona Lisa portrait that stunned onlookers. This attack was perpetrated by a climate change activist.

The man even tried to break through the bulletproof glass that safeguards the painting and then threw roses in the air before the security personnel took him away out of the building. Fortunately, no harm was caused to the painting. According to a few reports published in some media outlets, the activist carried out the attack in an attempt to draw the attention of people towards climate change. In a video where Louvre security officials were escorting him, he requested people to “think of the Earth”.

As the video in which visitors took photos of the cake-covered painting went viral online, the entire discussion on social media and elsewhere is about the absurdity of the attack instead of climate change.

The cake didn’t touch the original artwork as it was just smeared over the glass. The man just got up from his wheelchair and went straight towards the portrait with the cake in his hand according to a witness. 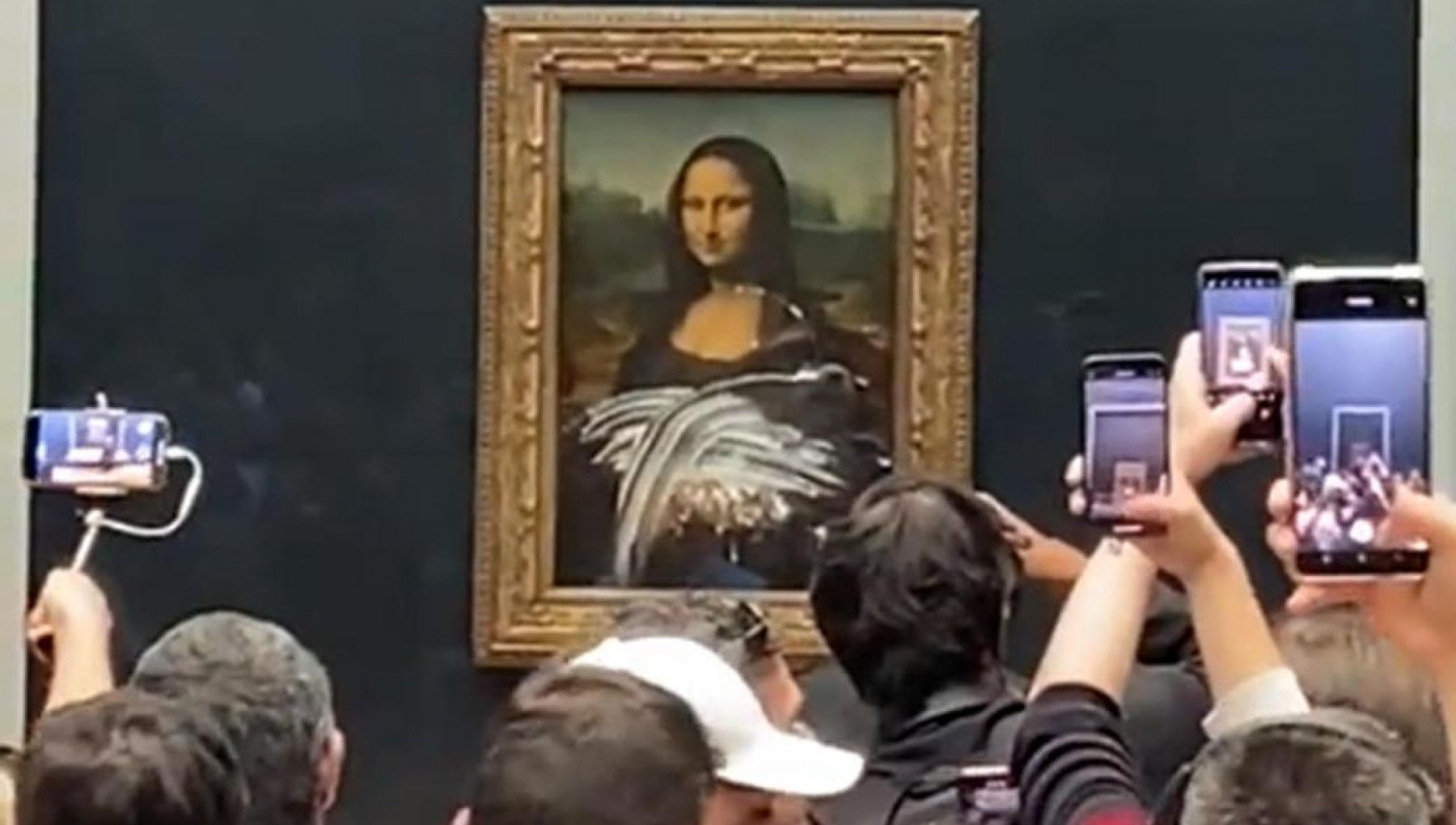 The whole act was captured by fellow visitors and the video went viral on social media showing the cake smeared across the glass of the portrait.

Netizens are sharing their comments along with the pictures of the painting that has been caked.

One person tweeted, “And she just sat there smiling too. Don’t mess with Mona… she went viral 500 years ago”.

Maybe this is just nuts to me💀but an man dressed as an old lady jumps out of a wheel chair and attempted to smash the bullet proof glass of the Mona Lisa. Then proceeds to smear cake on the glass, and throws roses everywhere all before being tackled by security. 😂??? pic.twitter.com/OFXdx9eWcM

“Maybe this is just nuts to me💀but an man dressed as an old lady jumps out of a wheel chair and attempted to smash the bullet proof glass of the Mona Lisa. Then proceeds to smear cake on the glass, and throws roses everywhere all before being tackled by security. 😂???,” another user tweeted.

This is not the first instance of the Mona Lisa portrait being targeted. The portrait was heavily damaged in the year 1956 when a vandal threw sulphuric acid on it. After that incident, the artwork was kept behind bulletproof glass. 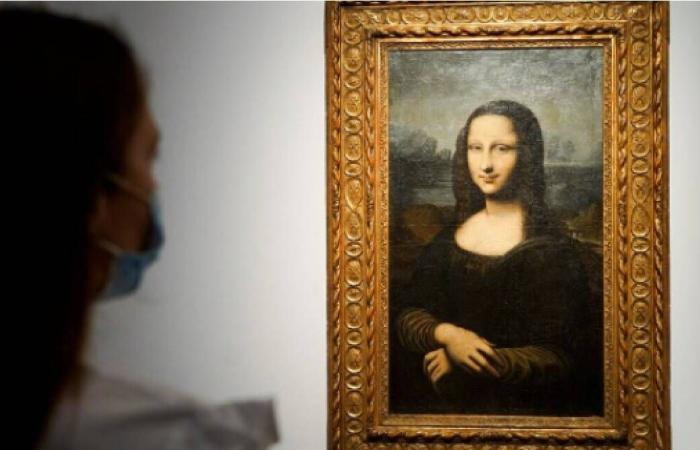 During the summer of 2009, a Russian tourist threw a cup of tea at the portrait. The artwork was in fact stolen more than a century ago in 1911 and went missing for almost three years.

Leonardo da Vinci’s La Gioconda, also known as the Mona Lisa portrait was painted by famous Italian artist Leonardo da Vinci in the 16th century between 1503 and 1519. It is estimated that the artwork is worth more than $1 billion.

It is considered to be one of the best-protected artworks in the world.