Tuesday afternoon was not a pleasant one for the people of Michigan as a teenager has shot and killed four fellow high school students and injured seven more.

The incident occurred at Oxford High School in Oxford, Michigan when the 15-year-old student has started firing with a semi-automatic handgun. He was detained by the police. 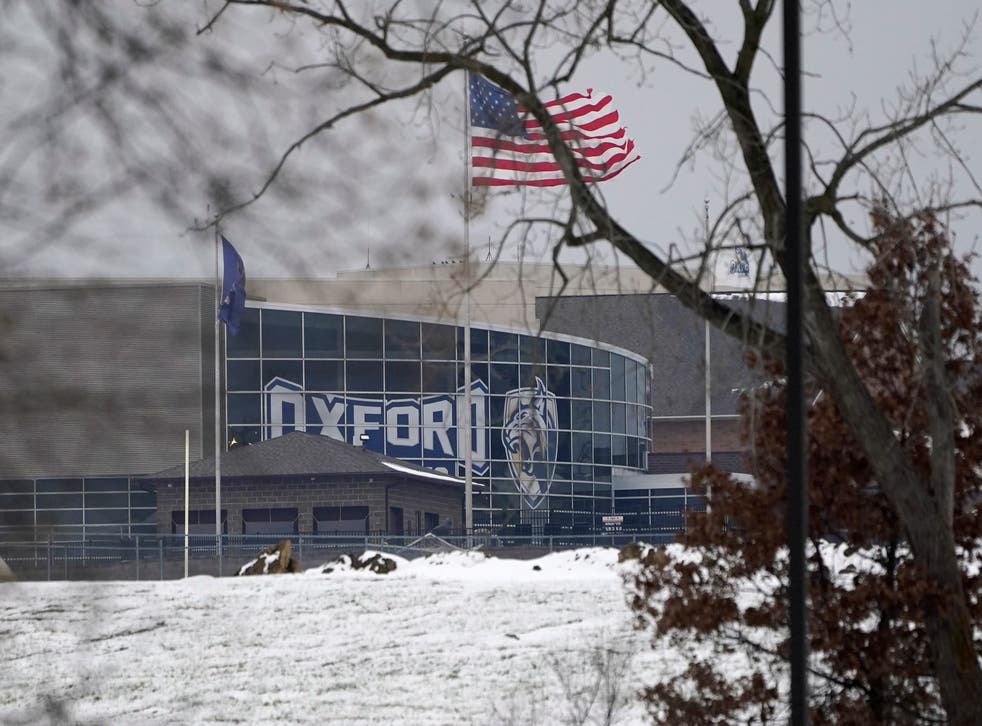 According to police officials, the victims were two boys (16-year-old & 17-year-old) and 2 girls (17-year-old & 14-year-old), and one of the injured is a teacher, and the rest of them are students.

There are around 1700 students who attend school daily. Police officials did not release the names of the suspect or victims.

Michigan High School Shooting: Here is what all happened 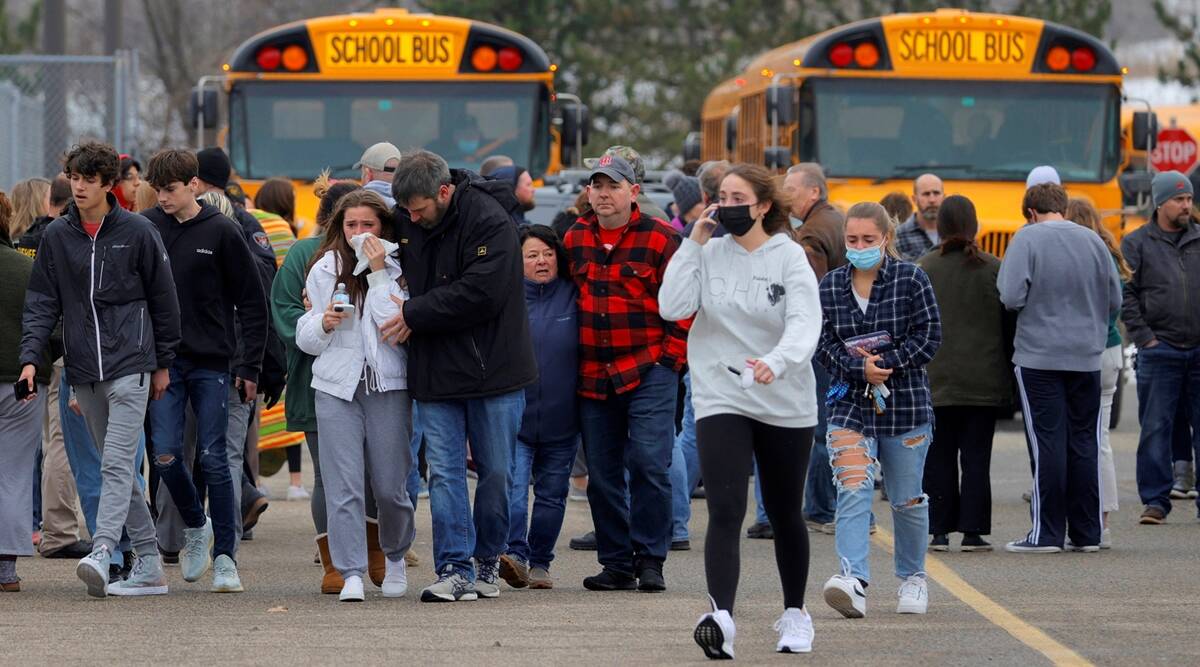 Mike McCabe, Oakland County Undersheriff, revealed that he is not aware of the motive behind the attack at a news conference. He said investigators will examine the social media posts of the suspect to find any evidence of a possible motive.

He said, “Officers responded at around 12:55 p.m. to a flood of 911 calls about an active shooter at the school. Deputies confronted him, he had the weapon on him, they took him into custody”.

The suspect was just fit and fine when he was arrested by police and was taken into custody. He did not disclose any details about how he got the gun into the school in the first place and where did he get it from.

Tim Throne, the superintendent of Oxford Community Schools, said, “I’m shocked. It’s devastating,” adding that he is neither aware of the names of victims nor if their respective families had been contacted.

MICHIGAN — #oxfordhighschool: Footage from inside one of the classrooms, students hiding unsure who was at the door. An all too common nightmare in our gun-sick nation. 🇺🇸 pic.twitter.com/r1KP5Oce0k

After the incident, the school was immediately placed on lockdown while some children were still locked up in the classrooms when police began search operation of the entire premises as part of standard operating procedure. The students were later taken to a nearby grocery store to be picked up by their parents/relatives.

Some eyewitnesses said that they heard gunshots and saw a few students bleeding from the face. Flores, a 15-year-old ninth-grade student said, “They then ran from the area through the rear of the school”.

Robin Redding, the mother of a 12th-grade student Treshan Bryant, said her son was lucky as he stayed home on Tuesday as he had heard threats of a shooting at the school earlier. 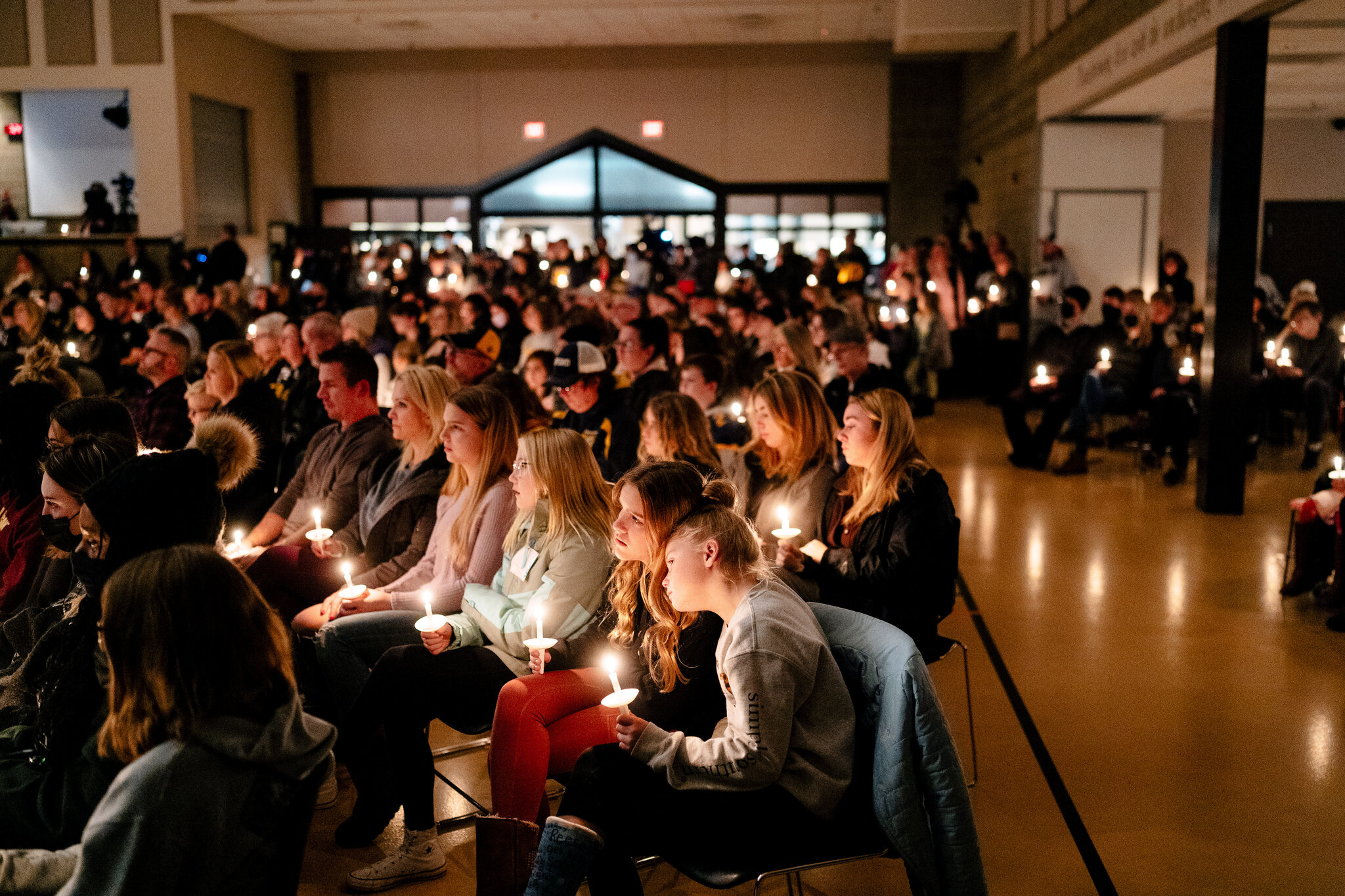 Redding said, “This couldn’t be just random. Kids just, like they’re just mad at each other at this school.”

She could not provide more details about when, what, and where her son had heard about the shooting, however, she expressed her concern in general regarding the school safety.

Joe Biden, President of the United States of America during his visit to Minneapolis, Minnesota spoke about the deadly shooting saying, “My heart goes out to the families enduring the unimaginable grief of losing a loved one.”

Gretchen Whitmer, Michigan’s governor, expressed condolences to the family of the victims and said, “Gun violence is a public health crisis that claims lives every day. We have the tools to reduce gun violence in Michigan. This is a time for us to come together and help our children feel safe at school.”

After this incident, all schools in the district have been shut down for the remaining days of the week.