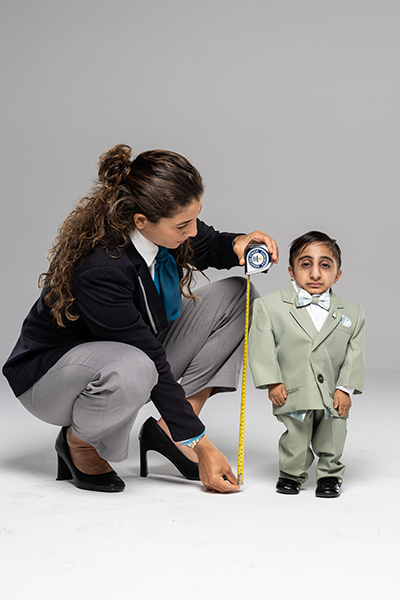 For the first time in his life, a 2 feet 1.6 inches man left his home for something bigger. Iran’s Afshin Esmaeil Ghaderzadeh left his native place to fly to Dubai, and that too, to write history. Afshin and his parents visited the Guinness World Records office, where his height was measured three times over 24 hours.

However, the Guinness World Record declared the 20-year-old Iranian boy as the world’s shortest man living after he measured 65.24 cm (2 feet 1.6 inches), beating the previous record holder by 7 centimetres. For the special occasion, Afshin got a three-piece suit, which was made for a 2-3-year-old child. He even visited the world’s tallest building, the Burj Khalifa.

As for the new record, people took to social media and congratulated Afshin. “Congratulations, wish him a healthy and happy life,” a user commented on his YouTube video. “We should get another photo with the shortest and the tallest people together,” suggested another. “It seems he has a very generous and kind personality,” wrote a third user. 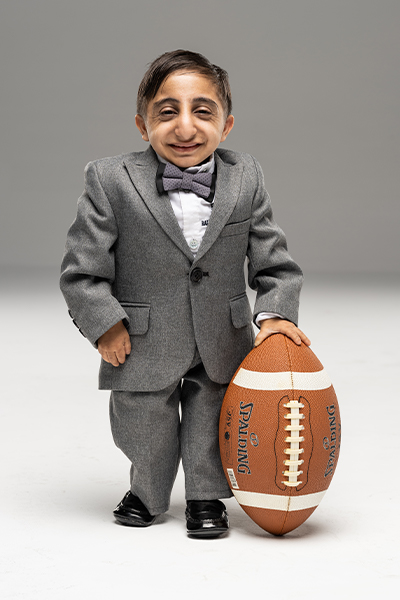 Growing up in Northern Iran wasn’t easy for this boy. Unable to attend school due to his size, Afshin has struggled with literacy. Even though, home-schooled, he recently learnt to write his name. “Continuing treatment and my son’s physical weakness are the main reasons why he stopped studying, otherwise he has no mental problems,” revealed Esmaeil Ghaderzadeh, Afshin’s father.

Despite this, Afshin is fluent in both, Kurdish and Persian, using the Farsi dialect. He is also well-versed with smartphones, despite finding them difficult to carry. The Guinness World Records website states: “Phones in general are heavy to use for a long time, yet I still manage. The house he lives in is modest, and although his family works hard, they sometimes struggle to provide enough for his living expenses, medication and treatment.”

Afshin spends most of his days watching cartoons and scrolling through social media. He also has a friend who helps him communicate with his followers on Instagram. The previous record for the world’s shortest man was held by 36-year-old Edward ‘Niño’ Hernandez from Colombia who measured 70.21 cm.