The Nobel Peace prize for the year 2021 has been awarded to Philippines-based journalist Maria Ressa and Russian journalist Dmitry Muratov.

BREAKING NEWS:
The Norwegian Nobel Committee has decided to award the 2021 Nobel Peace Prize to Maria Ressa and Dmitry Muratov for their efforts to safeguard freedom of expression, which is a precondition for democracy and lasting peace.#NobelPrize #NobelPeacePrize pic.twitter.com/KHeGG9YOTT

The prestigious award is honored for their contribution to the collective fight for freedom of expression in countries where there have been attacks on various media outlets and many journalists have been murdered for exposing lies. 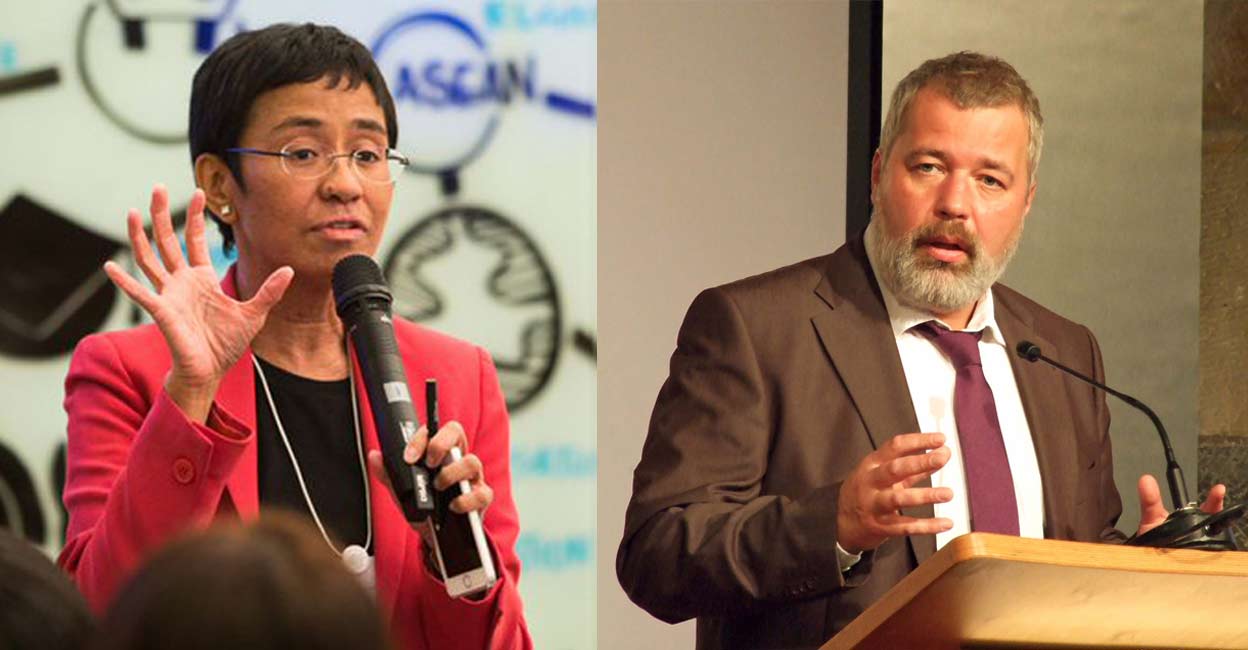 Berit explained the rationale behind why the prize was awarded to these two journalists as “Free, independent and fact-based journalism serves to protect against abuse of power, lies and war propaganda. Without freedom of expression and freedom of the press, it will be difficult to successfully promote fraternity between nations, disarmament and a better world order to succeed in our time.”

Ressa is co-founder of news website Rappler that has primarily focused its attention on publishing facts about President Rodrigo Duterte’s “controversial, murderous anti-drug campaign” in the Philippines. Ressa has also revealed ways and means used by the authorities to spread fake news, trouble their opponents, and manipulating public discourse.

On hearing the big news, Ressa told Norway’s TV2 channel that “The government will obviously not be happy. I’m a little shocked. It’s really emotional. But I am happy on behalf of my team and would like to thank the Nobel Committee for recognizing what we are going through.”

#NobelPrize laureate Maria Ressa uses freedom of expression to expose abuse of power, use of violence and growing authoritarianism in her native country, the Philippines. In 2012, she co-founded Rappler, @rapplerdotcom, a digital media company for investigative journalism. pic.twitter.com/C8W8NBqY7T

In 2020, Ressa was convicted of libel and was sentenced to jail that was seen as a heavy blow to the freedom of the press. This year she is the first woman who won the Nobel prize.

Russian Journalist Muratov was one of the founders of the independent Russian newspaper Novaya Gazeta in the year 1993 that was described as “the most independent newspaper in Russia today, with a fundamentally critical attitude towards power”, by the Nobel committee.

The committee further added, “The newspaper’s fact-based journalism and professional integrity have made it an important source of information on censurable aspects of Russian society rarely mentioned by other media.” 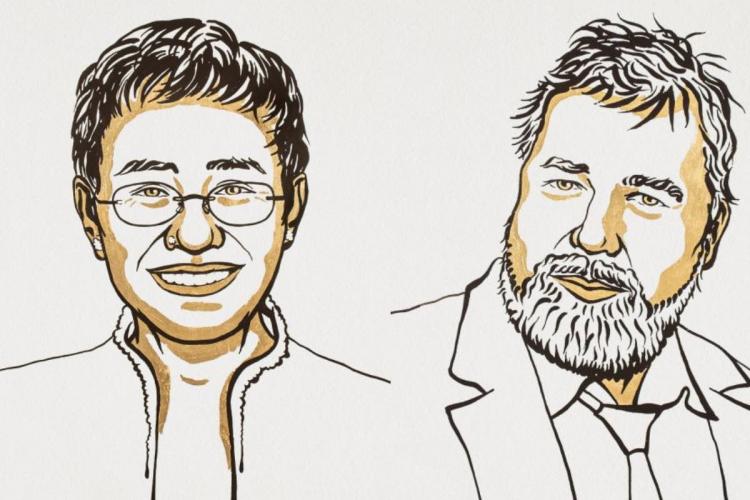 Muratov said that he would use his win in assisting fellow journalists who are facing extreme pressure from the authorities and also to people who have been termed as foreign agents, a designation that carries derogatory connotations.

Muratov expressed his views to the Russian messaging app channel post announcement of his name as “We will use it to shore up Russian journalism that has faced repressions, We will try to help the people who have been designated as agents, have faced persecution and have been forced out of the country.”

Dmitry Muratov – awarded the 2021 #NobelPeacePrize – has for decades defended freedom of speech in Russia under increasingly challenging conditions. In 1993, he was one of the founders of the independent newspaper Novaja Gazeta, @novaya_gazeta.#NobelPrize pic.twitter.com/AXF8a3CDGZ

Kremlin spokesman Dmitry Peskov has appreciated Muratov as a “talented and brave” journalist. Addressing a press conference he said, “We can congratulate Dmitry Muratov — he has consistently worked in accordance with his ideals”.

Dan Smith, director of the Stockholm International Peace Research Institute said, “Freedom of expression is a part of democracy, and democratic systems are proven to be more stable, less likely to go to war with each other, less likely to experience civil war.

I think the important thing about a media that’s truly free is that it not only acts independently, but it respects the truth. And that seems to me to be also an important part not just of democracy, but also of the work towards peace.”

Stay tuned to know who will bag the Nobel prize in the field of Economics on Monday, the 11th of October!