Maksim Chmerkovskiy has been playing the role of a reporter as he is keeping everyone posted regarding the circumstances in Ukraine. A short time ago he got into a feud with police due to which he ended up getting arrested. 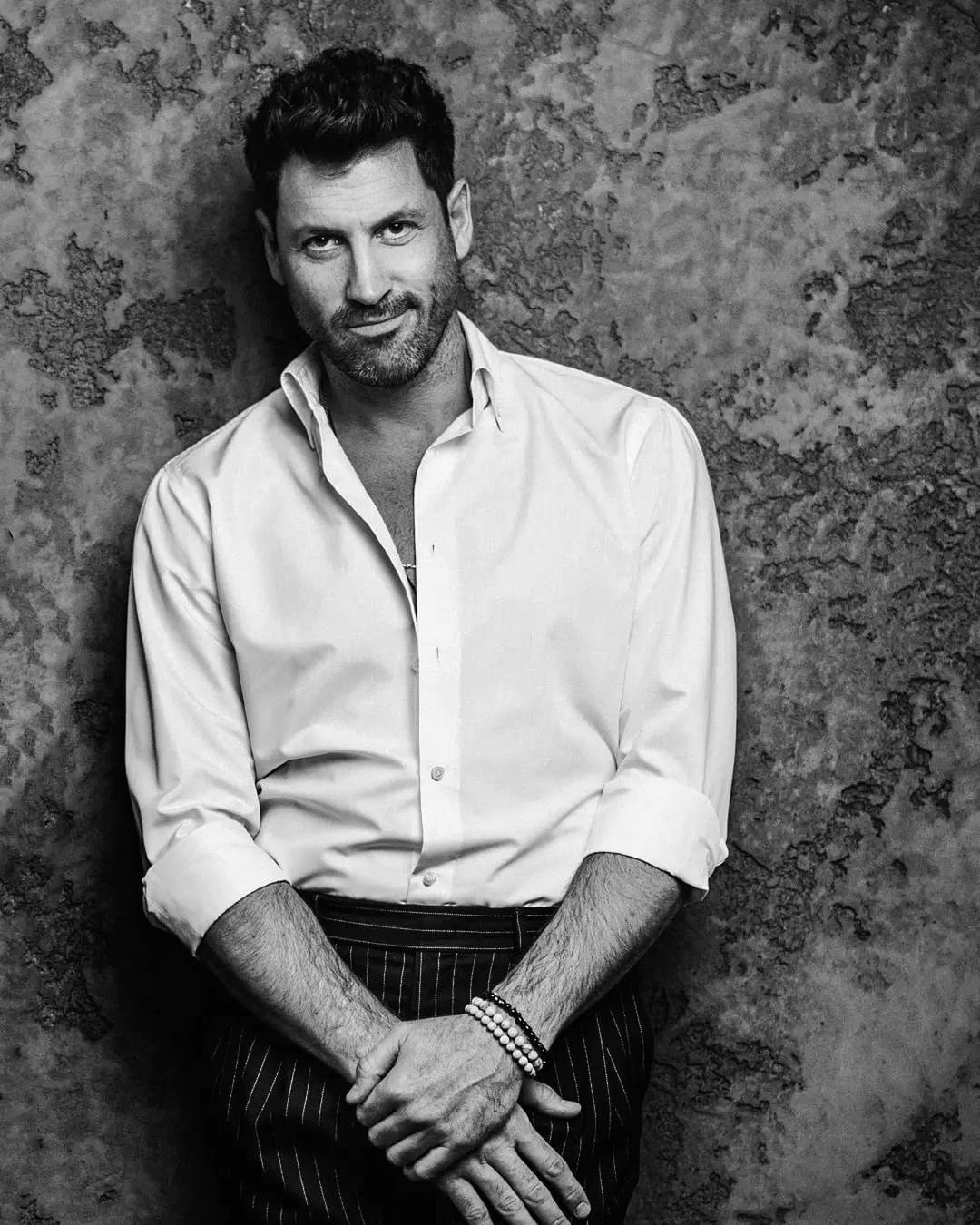 What did Maksim Chmerkovskiy have to say about his arrest?

Recently, the ‘Dancing With The Stars’ coach shared a video on his Instagram handle. In the video, he stated, “The streets are crazy. At one point I got arrested but again all good, promise. That was probably the least traumatizing moment in this whole thing as far as Ukraine is concerned, but for me, it was just a reality check.”

What was the reason behind Maksim’s arrest?

The Ukrainian Choreographer did not further explain the reason behind his arrest. As of now, he is trying to leave Ukraine at the earliest. He keeps his fans updated regarding what’s going on in Ukraine through his social media. He also told his fans not to panic if he starts posting less on social media. 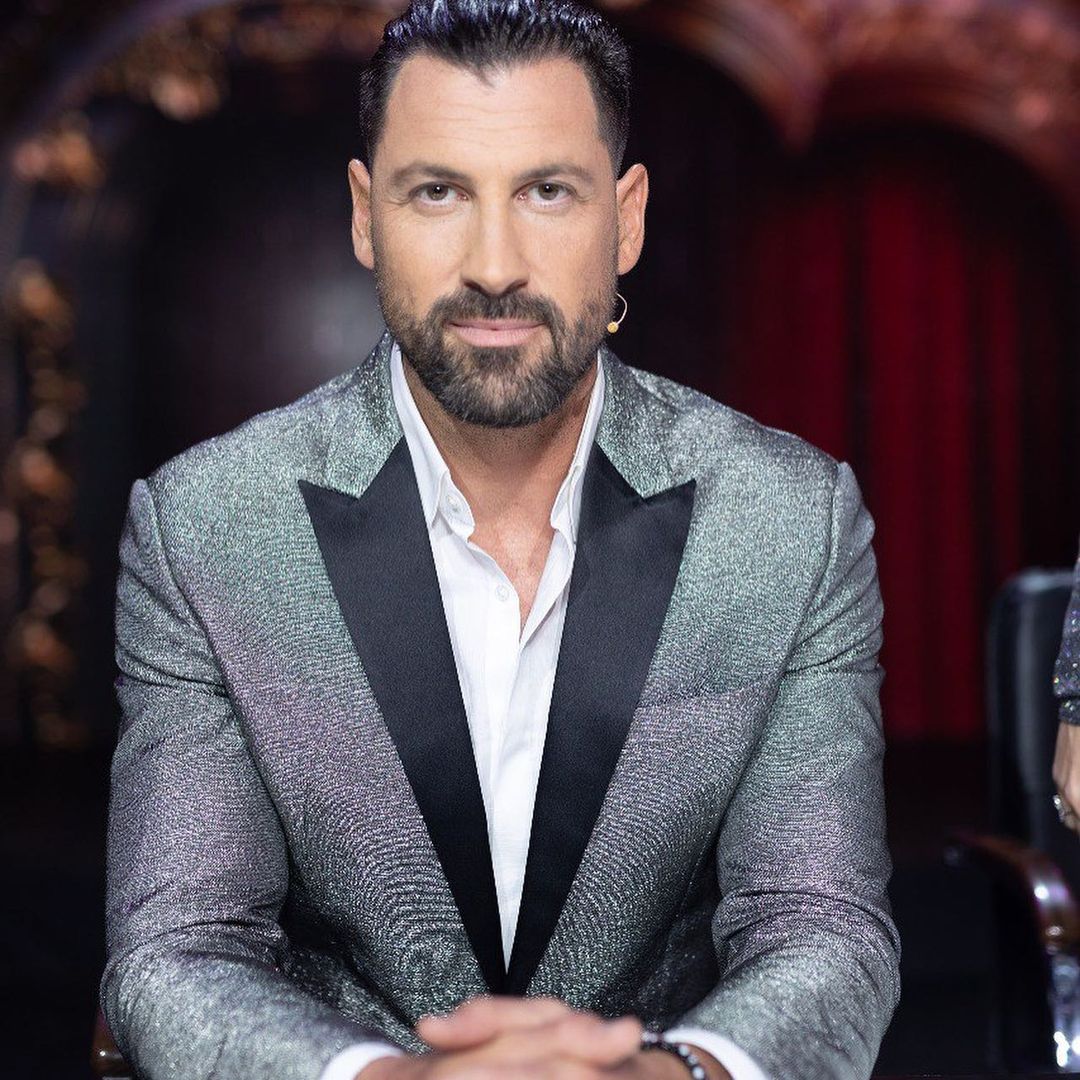 On Thursday, Ukrainian President Volodymyr Zelensky announced that male citizens from age 18 to 60 are not allowed to depart from the country. On the other hand, Maksim seems adamant that he is going to leave the country. The path chosen by him may not be the easiest one.

On Sunday night, the dancing pro took to his Instagram handle to share his thoughts and concerns with his fans. He shared with the rest of the world what is the current situation of Ukraine and how is doing at the moment. He even shared clips and photos with his followers in which we can see the destruction of the buildings and explosions happening all around him. 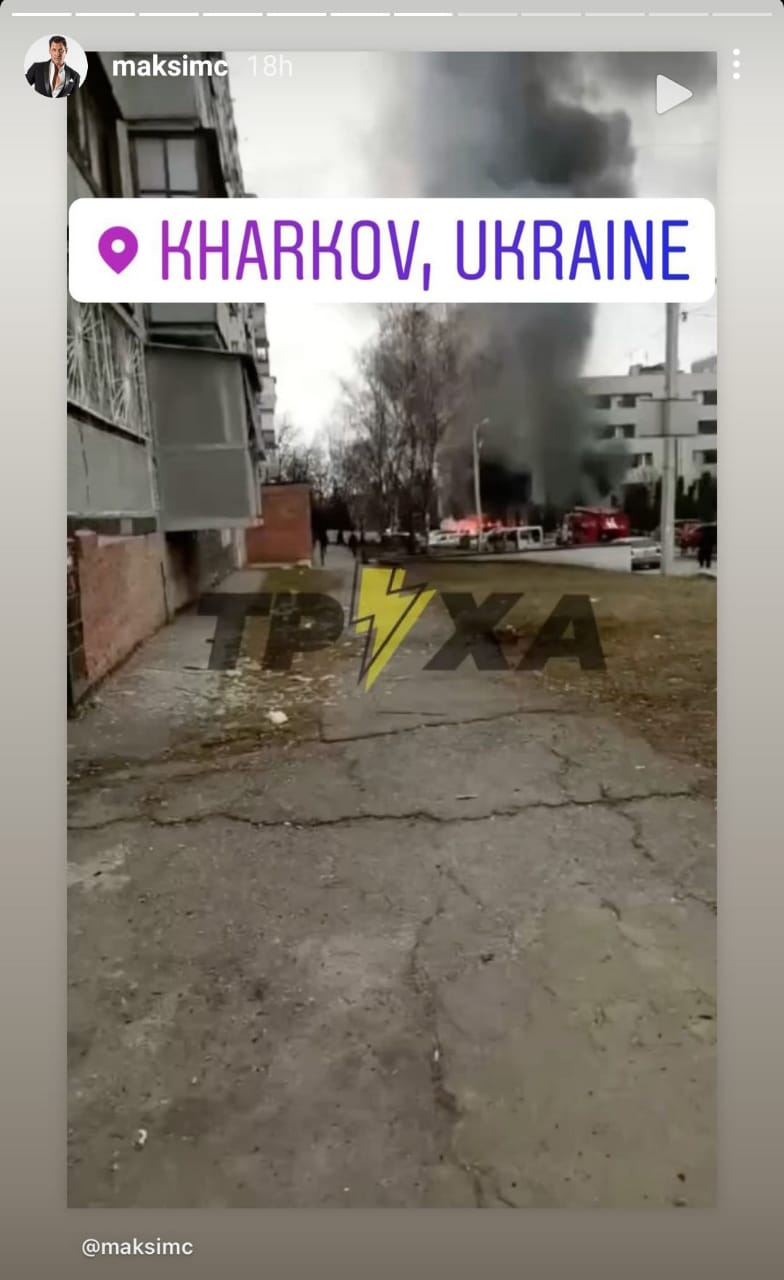 Chmerkovskiy penned a note on his Instagram story, that read, “I’m really not good right this moment. I see videos of people who’s legs were torn off minutes ago from the shelling that is going on in Kharkov RIGHT NOW. I won’t post this stuff but I see all of them and it’s extremely disturbing. INNOCENT PEOPLE ARE BEING KILLED!!!!”

He continued, “Pray the meeting going on right now will make a difference and CONTINUE TO SCREAM ABOUT THIS FUCKING GENOCIDE AT THE TOP OF YOUR LUNGS!!!! It’s working and the entire planet is finally getting United about something!!!!” 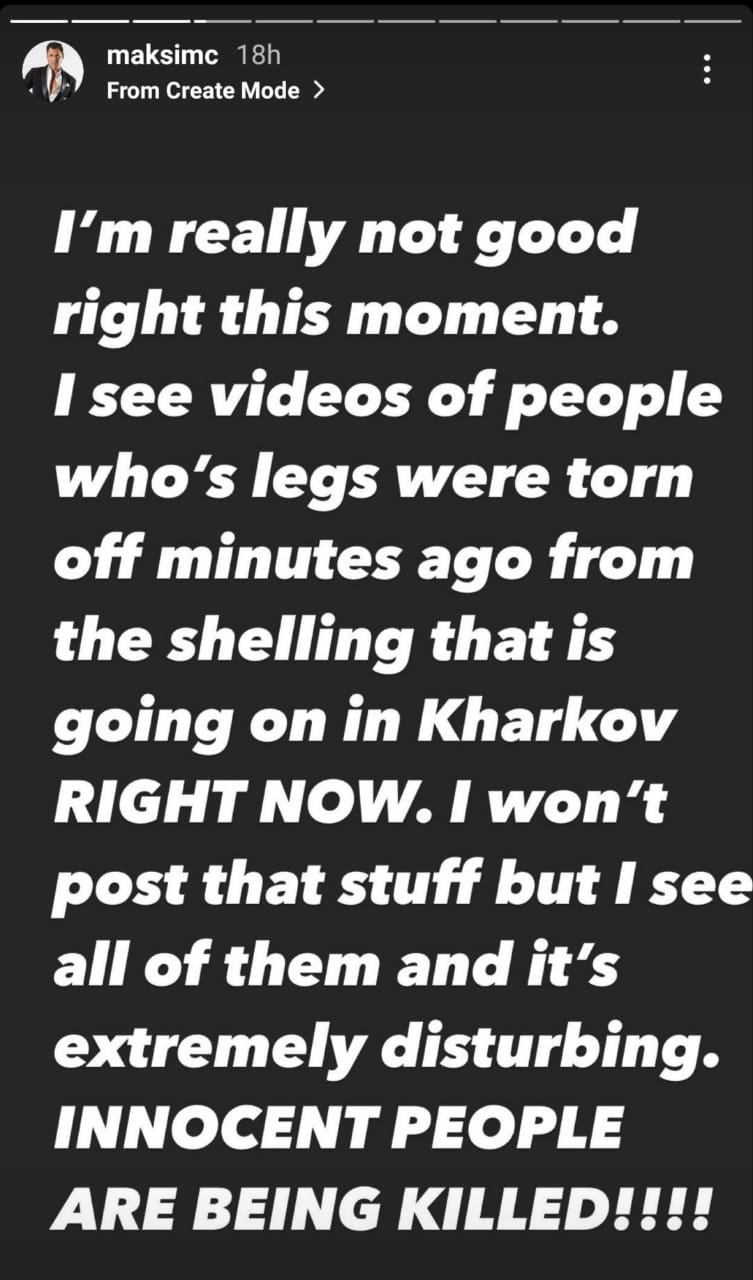 By the end of his Instagram stories, he also gave a quick update about his current location to his fans. He boarded a train to Warsaw as the train to Lviv was not a suitable option at the time. He described the situation on the train as ‘insane’.

Will Maksim Chmerkovskiy be able to leave Ukraine? Only time can tell us the answer to this question. Stay tuned for updates about Ukraine.