We know the sound that an ocean makes when crashing onto the shore, and everything surrounding nature on earth, but now, we also know the sound of a “Black Hole”. NASA made this very apparent on Sunday (Aug 21), sharing what the agency described as the sound of a black hole, available to human ears in listenable format. Read on to know all about this revelation. The misconception that there is no sound in space originates because most space is a ~vacuum, providing no way for sound waves to travel. A galaxy cluster has so much gas that we've picked up actual sound. Here it's amplified, and mixed with other data, to hear a black hole! pic.twitter.com/RobcZs7F9e

Something that has been fantasised about in sci-fi movies, is the sound of the black hole sounds as creepy as its visual representation. Black holes, which are hyper-dense objects lurking in outer space, are extremely hard to spot—let alone hear. But again, NASA has done the unexpected.

On Sunday (Aug 21),  NASA released the sounds from a galaxy cluster for the very first time and it’s the eerie, haunting sound of the black hole. On Monday (Aug 22), NASA tweeted on its Exoplanets Twitter account:

“The misconception that there is no sound in space originates because most space is a ~vacuum, providing no way for sound waves to travel. A galaxy cluster has so much gas that we’ve picked up actual sound. Here it’s amplified, and mixed with other data, to hear a black hole!”

NASA said the sound has been amplified and mixed with other data so you can hear just what a black hole sounds like. “In this sonification of Perseus, the sound waves astronomers previously identified were extracted and made audible for the first time,” it said. “The sound waves were extracted outward from the centre.”

Previously, scientists found a way to “peer into the environments around these extreme entities, and even convert some of their so-called “echoes” into eerie sounds for the first time, shared in the below video, using an algorithm named the “reverberation machine,” per a new study.

The Mystery Of  The Perseus Galaxy… 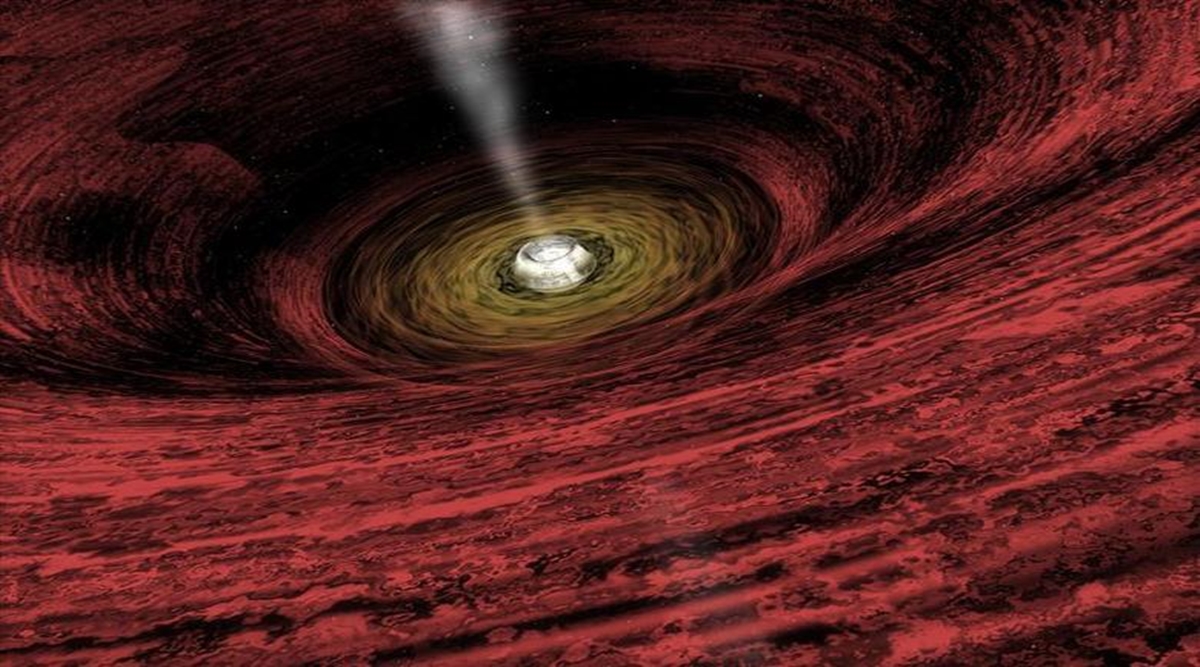 If you’re a space fanatic, you’d recall that during the Black Hole Week in May, NASA dropped a remix that was pretty haunting to some. Specifically, they made a melody of soundwaves of a vast, monstrous black hole that sits more than 200 million light-years away from Earth.

If you don’t know, the black hole is found in the centre of what’s known as the Perseus galaxy cluster, which is a majestic 11 million-light-year-wide bundle of galaxies shrouded by hot gas.

So why are we able to hear the black hole? Even though the sheer magnitude of Perseus and its galaxies is jaw-dropping, the space clouds are precisely why we’re able to hear the sounds of something we can barely even see or conceptualize: the massive black hole at Perseus’ centre.

So yea, a black hole sounds exactly like how we anticipated – eerie, scary, mysterious, and maybe even more painful if you think about the fact that it sits somewhere in the lost space in its own loneliness.

They Said, Space Was Silent… Almost ten years ago, astronomers discovered that Perseus’ void-like interior sends out pressure waves, which ripple through all the surrounding hot gas in its area, and those ripples, can be further translated into sound.

The sound waves can be inferred as the vibration of air — or rather, the vibration of things (atoms, molecules) within the air. Our ears can capture those vibrations and turn them into listenable noise here on Earth, but in space, things are a little different.

Now we do know that space is a vacumn, and there isn’t any medium for sound waves to travel through. Therefore, space is often termed totally quiet. But ever wondered why? the silence is not because the cosmic objects aren’t making sounds. Their waves just don’t have anything to vibrate.

Now a question arises, how come Perseus’ black hole can be heard? In simple terms, this black hole gets past this space vacuum sound barrier because “it’s so close to the cluster’s gas. It can create sound wave vibrations, and those are the hot gas ripples scientists are focused on.”

In 2003, a team from NASA’s Chandra X-ray Observatory took astronomical data from the gassy ripples and translated that into normal sound waves we’re used to on Earth. But, for a long time, there was a major hurdle preventing us from listening to the black hole’s song. “When scientists completed the translation or sonification process, they found that Perseus’ abyss plays a note that’s a whopping 57 octaves below middle C,” NASA revealed.

What Does The Twitterverse Say? After more than 11.5 million views on NASA’s tweet about the sound of the black hole, some proclaim that the noise is creepy while others say that it almost sounds like a race car engine.  “As an astronaut, I’d rather hear nothing over whatever that sound is,” one person on Twitter posted.

NASA was quick to hit back saying “it was not intentionally made ominous”. Some people had a point when they tweeted, “Didn’t they release it three months ago? An Indian tweeted, “NASA took decades to know this Sound spending billions that Hindu Rishis had discovered thousands of years back naming it “Om”…”

Filtering the sound and making some adjustment to speed makes it almost as there’s actually something speaking…although it’s a unrecognizable language 😳 pic.twitter.com/gwGLBW2WwI

In a June interview, Professor Erin Kara from MIT University spoke with Harry Smith of NBC News about the data sonification of the black hole at the centre of the Perseus Galaxy. Kara noted that data sonification is “a really exciting way to hear the universe and think about it in a new way.” What do you think about the sound of the black hole? Did you find it mesmerising or terrifying or creepy or like an F1 car, eh?