Barbara Walters is no longer with us! The trailblazing US news anchor passed away at the age of 93. Back in the day, she became the first US female network news anchor when she joined ABC News in the year 1976.

Walters regarded as one of the most prominent interviewers in the history of American television has died. Continue reading further to learn the reason behind the death of the famous news anchor Barbara Walters. What was the reason behind the death of Barbara Walters?

The glass-ceiling-shattering newswoman, Barbara Walters whose television interviews with renowned personalities from various fields show journalism as well as business has died. She passed away at the age of 93.

According to a report by ABC News, Barbara died at her home in New York on Friday evening, December 30, 2022. As of this moment, the cause of her death has not been revealed publicly. Here’s all you need to know about Barbara Walters (including her early life, education, and more)

The full name of Barbara was Barbara Jill Walters. She was born on September 25, 1929, in Boston, Massachusetts, to Dena and Lou Walters. Both of her parents were of Jewish descent. Her brother Burton, died of pneumonia in the year 1944. On the other hand, her elder sister, Jacqueline who was born mentally disabled passed away in the year 1985 due to ovarian cancer.

When we talk about her educational qualifications, Barbara went to Lawrence School, a public school in Brookline, Massachusetts till the fifth grade. Soon after, she went to eighth grade at Ethical Culture Fieldston School. Shortly afterward, she attended Birch Wathen School. Walters graduated with a bachelor’s in English from Sarah Lawrence College in the year 1951. Back in the day, she worked at a small advertising agency in New York City. After that, she started working at the NBC network affiliate, WNBT-TV (now known as WNBC).

Barbara got on board as a writer for The Morning Show on CBS in the year 1955. She joined NBC’s The Today Show as a writer and researcher in 1961. And from there on, she never looked back.

Yes, you read that right. Throughout her life, the veteran host walked down the aisle a total of four times. At first, she tied the knot with Robert Henry Katz, a business executive, and former Navy lieutenant in 1955 at The Plaza Hotel in New York City. As per reports, their marriage was annulled after 11 months in 1957.

After her split from Robert, The View co-host got married to Lee Guber, theatrical producer and theater owner in 1963, and the pair got divorced in 1984. The former couple adopted a baby girl named Jacqueline Dena Guber in 1968. 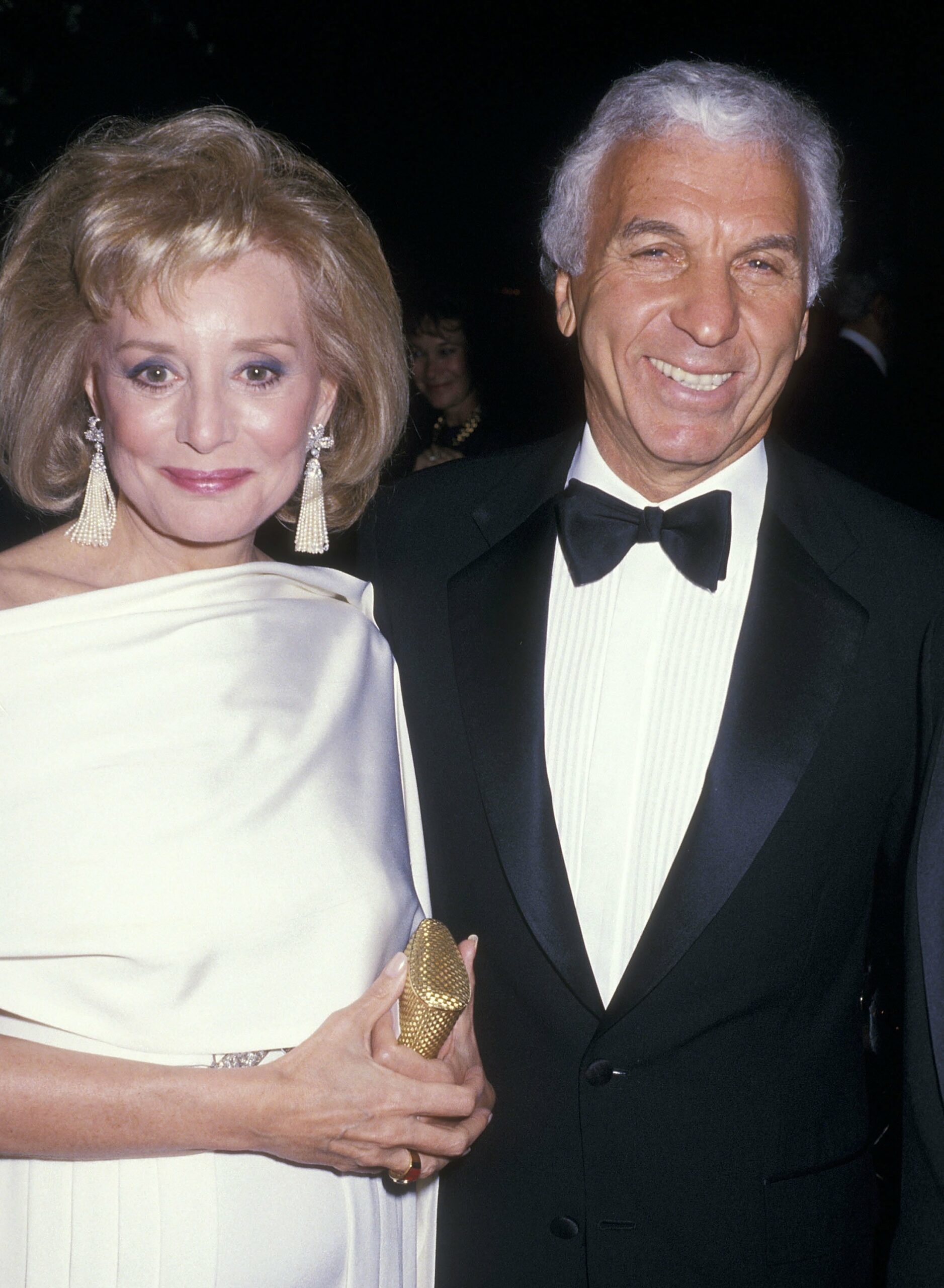 Later on, the first female co-host of the Today show went on to marry Merv Adelson, the CEO of Lorimar Television. They said their vows in 1981 and divorced in 1984. They remarried in 1986 and divorced for the second time in 1992.

Sending our deepest condolences to the friends and family members of the legendary news anchor Barbara Walters. Don’t forget to stay tuned with us for the latest updates from the world of showbiz.