LeBron James: The First Active NBA Player to Make the List of a Billionaire

The NBA star LeBron James is officially a billionaire now, he is the first active NBA player to make it to the list of Billionaires. On Thursday Forbes estimated that LeBron who earned $121.2 million the previous year now has a net worth in ten figures. 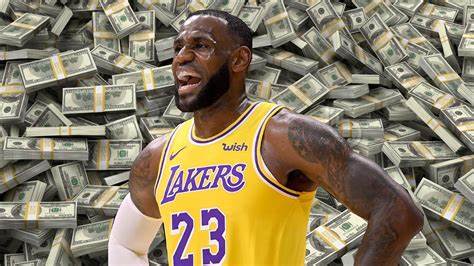 As per ESPN, James earned $385 Million in salary after 19 seasons during in career in NBA with Los Angeles Lakers, Miami Heat and Cleveland Cavaliers. LeBron has also received more than $900 million through his business ventures and endorsements such as Nike, PepsiCo and Walmart.

LeBron James is now the first active NBA athlete to become a billionaire, joining Michael Jordan and Kobe Bryant, who did so after retirement 💰

“It’s my biggest milestone. Obviously, I want to maximize my business,” James said to GQ of his potential billionaire status back in 2014. “And if I happen to get it, if I happen to be a billion-dollar athlete, ho. Hip hip hooray! Oh, my God. I’m gonna be excited.”

The basketball ball star’s pff the court ventures comprise of starring and producing the 2021’s Space Jam: A New Legacy which earned $162.9 million globally at the box office as per the Forbes report.

Damn @KingJames a BILLION huh?! That’s major my brother and I’m proud of you. Carry the hell on…

LeBron’s Springhill Company which is a video production company has a valuation of $725 million and has been the production company behind 2019’s hat’s My Name: Muhammad Ali documentary and is also producing an upcoming film on Netflix, Hustle.

Since LeBron signed with Nike in 2003, he has structured his long term deals in a manner which will result in him being the equity holder of the brand. Alongside James also became an investor in Blaze Pizza which earned $30 million.

LeBron joined the league as a prodigy but when he leaves it he will always be remembered as a legend. He first came into the limelight during his school days owing to his freakish athleticism.

Most career points in the 4th quarter during the playoffs:

It’s safe to say Curry is going to surpass LeBron this finals. pic.twitter.com/OtjCPvZZU0

Gradually LeBron came to be the “Chosen One” who has hyped up people’s expectations even before he played his first NBA game. During his first seven years, James won many individual accolades comprising two NBA MVP awards. Another impressive highlight of his professional life was that a 22-year-old LeBron drove the Cavaliers to the NBA Finals in 2007

Four years ago today, LeBron James opened the 2018 Finals with a 51-point explosion in a loss to the Golden State Warriors.

Is his 2018 playoff run the best of his career? pic.twitter.com/5oRZVerLcu

LeBron James has been a four-time NBA champion till now and the Olympic gold medalist has even developed an impressive off the court career as well.

It seems as if the player has manifested and made his way through his life, from setting the goal of becoming a billionaire to achieving it. As shared by him, the basketball champion has a vision for the future where he desires to own an NBA Team.

“I got so much to give to the game. I know what it takes to win at this level. I know talent,” James expressed. “I also know how to run a business as well. And so, that is my goal. My goal is to own an NBA franchise, and it will be sooner than later.”

“I’ve always said that my goal is to own an NBA team. I’ve got so much to give to the game. I know what it takes to win at this level… It’ll be sooner than later.”

It was earlier this month only when James earned 2nd place on the “Forbes’ Top 10 Highest Paid Athletes List,” just behind Lionel Messi.