The Mexican-American tattoo and recording artist is moving out of Los Angeles. Rather, she is forced to move out amid a hilarious legal battle. The 40-year old “KVD Vegan Beauty” owner is being sued for unpaid rent and damage to the “High Voltage Tattoo Shop”. The actual owner of the famous “High Voltage Tattoo” has taken the issue to the court and Kat Von D is in big trouble. She is being sued for rent default and damages to this property. the legal documents reveal that the “L.A. Ink” star owners more than $92,000 to the landlord.

Not only this but Kat is also being sued on the grounds of damaging the rental property. The legal documents read that she is being sued for removing ceiling tiles, removing wallpapers, demolishing a wall and painting the ceiling. 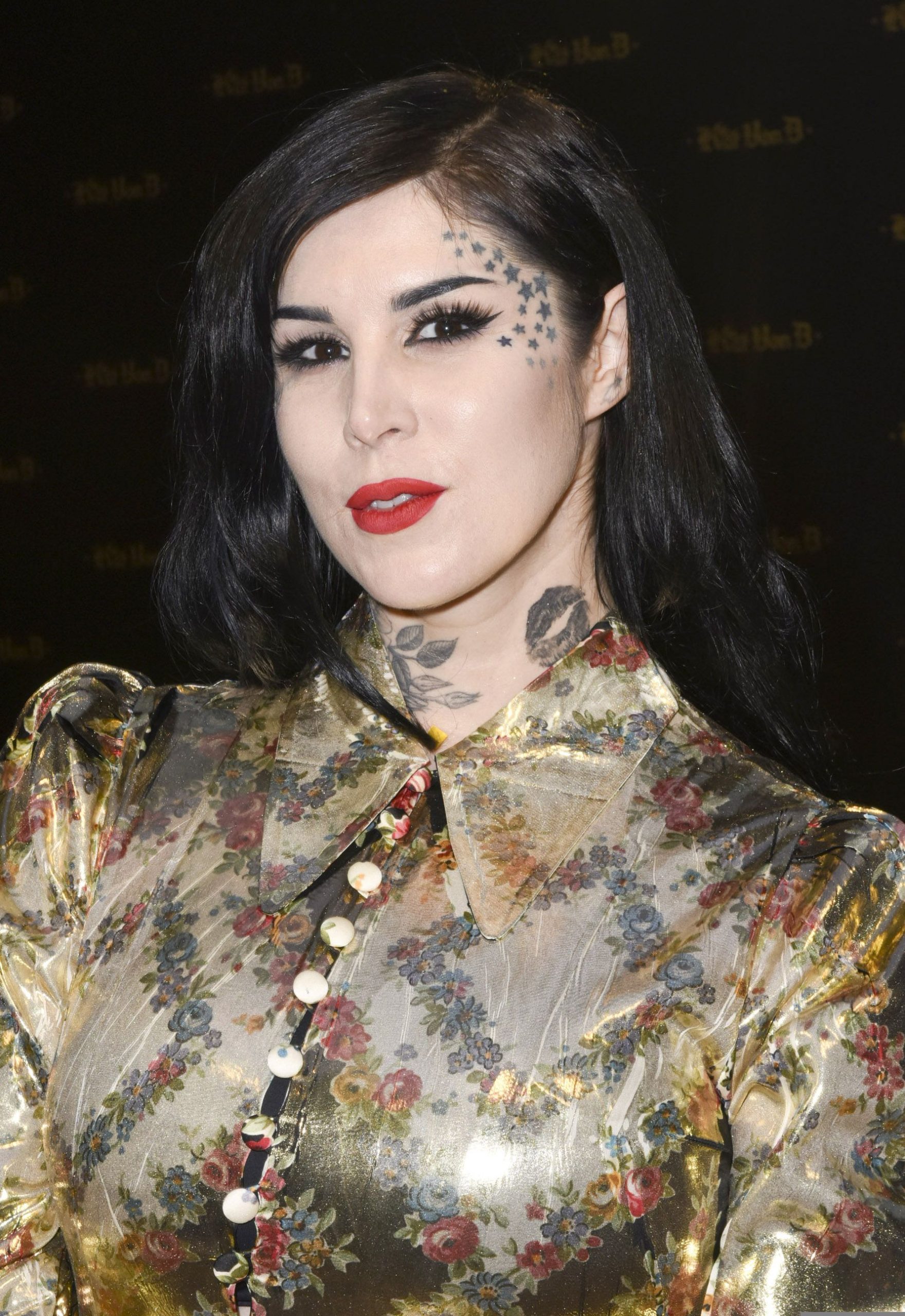 The “Exorcist” artist was previously sued in January by her ex-employee who claimed that the controversial tattoo artist made the staff “work illegally” during the Covid-19 pandemic.

This complaint alleged that Von D wanted to secretly reopen her famous West Hollywood shop even before tattoo parlours were allowed to resume business. She shared messages with her employees that read:

“Today the barbershop is open for business and I don’t understand why we are unable to open, I cannot stand by and let high voltage die, and need to get back to work even if it’s just for appointments for the time being.”

Kat’s other controversies include fire and numerous car crashed into neighbouring businesses. However, her neighbours can now take a breath of relief as she is moving out of Los Angeles. Yes, you heard it right, Kat is moving out of California and her mansion has been put up for sale at $15 million. Kat Von D’s real name is Katherine Von Drachenvberg. She is a tattoo artist, model, recording artist and entrepreneur. Kat is praised for her work as a tattoo artist on the show “LA Ink”. As an entrepreneur, Kat is the former head of Kat Von D Beaty.

Kat wrote a book named “High Voltage Tattoo (2009)” wherein she compiled her artworks. This book reached number 6 on the New York Times Best Seller List. Kat described this book as a picture-driven outline of her career as an artist. Kat has also appeared in several films and Television series like “Pimp My Ride”, “Miami Ink”, “Lemmy”, “Tony Hawk: Ride”, and “I Love Jenni. Her studio album “Love Made Me Do It” was released in 2021.

Considering the amount she earns, it comes as an embarrassment that she is being accused of rent default. Further, she has never been in the good books of her employees. Nevertheless, she may be saying goodbye to LA but she still has a legal battle to fight here. What do you think?