June Blair, ‘Adventures Of Ozzie And Harriet’ Actress Dead At 90

Playboy’s model June Blair, best known for her role in “Adventures Of Ozzie And Harriet” passed away at 90. The American actress and model, who was married to David Nelson, died in her Sherman Oaks home on Monday (Dec. 4). Her death was confirmed on Facebook by her niece, Tracy Kristine Nelson. 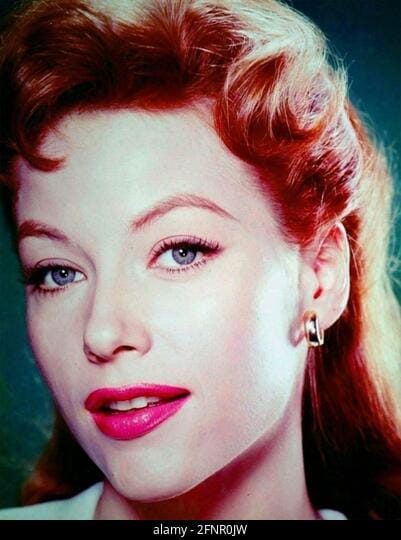 How Did June Blair Die? June Blair,t known for being Playboy magazine’s Playmate of the Month for its January 1957 issue, passed away in her Sherman Oaks home on Monday (Dec. 4). The “Ozzie & Harriet” star died at the age of 90. Her death was confirmed on Facebook by her niece, actress Tracy Nelson.

Tracy wrote on Facebook, “Sweet, gorgeous Aunt June Blair Nelson has passed away. God bless James and Dan, I love you. Ps, in case you didn’t know, Aunt June was a bombshell. Ozzie’s pr machine was pretty quiet about it, but she was an actress, model, and Playboy Bunny before she joined the show.”

One fan commented on the tribute post, “Condolences Tracy, do you ever talk to her sons?” He also expressed that June’s son Danny and him were friends a long time ago (the 1980s). Another fan wrote, “I’m sorry for your loss and praying for you and your family, Tracy.”

Fans took to Twitter to pay tribute to the star. One fan tweeted: “RIP #Hollywood film & TV actress June Blair (1933-2022). Most remembered as June Nelson – real-life wife of actor David Nelson- in the TV sitcom Adventures of Ozzie & Harriet from 1960-66; featured in my cartoon tribute.” Some shared pictures from her iconic movie roles.

Even though June’s cause of death isn’t made official yet, her daughter-in-law Susan Nelson revealed that the former Playboy Bunny died of natural causes at her home in Sherman Oaks, Calif. June is survived by her sons, Daniel and James, and her granddaughter, Paige. Her husband, David Nelson passed away in January 2011. June Blair was born in San Fransisco, California on Oct. 30, 1932. As a young child, she was abandoned by her parents and grew up as a ward of the state of California. June found her passion for acting when she made her debut in 1956 with “Our Miss Brooks” which aired on CBS.

She was also known for her supporting roles in feature films and television series, for instance, “Performance Under Fire” and “The Dead Ringer” of the 1960-61 syndicated western series Two Faces West. However, she became a renowned actress after starring in “Ozzie and Harriet”. She starred in the series from 1961-1966. As for her personal life, June got engaged to singer Nino Tempo in 1957. However, they called it quits after a year of engagement. June started dating Lindsay Crosby after that. However, she met David Nelson on the Western series “Two Faces West”, and married him in 1961. The couple divorced in 1975. June may have gone, but her family continues to carry her legacy.