President of the United States Joe Biden once again referred to vice president Kamala Harris as “President Harris” during Thursday remarks on immigration at the White House.

While delivering a speech on immigration at the White House, POTUS Joe Biden has yet again referred to vice president, Kamala Harris, as “President Harris”. Read on to know what Joe Biden had to say. Later on in his remarks, Biden correctly identified Harris as the “vice president.” In the past, the oldest-ever president has made the same mistake in public on at least five prior occasions. 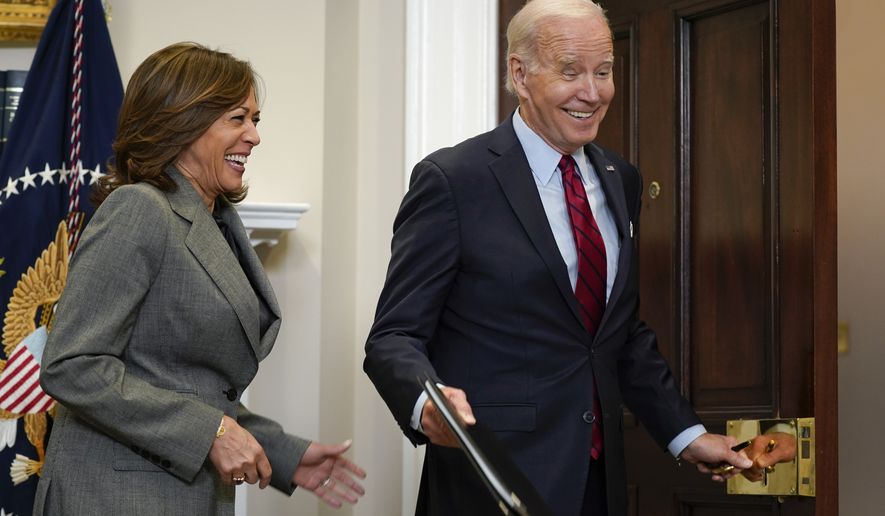 In October 2022, Joe called Kamala a “great president” while wishing her a happy birthday. During an event at the White House celebrating Diwali, an important Hindu holiday, the president also recognized Harris’s birthday on October 20.

At that time, Joe Biden said, “Happy birthday to a great president”. Then, Clay Travis, founder of OutKick tweeted, “Joe Biden just wished Kamala Harris a happy birthday and said she’s a great president. I can’t believe I’m giving Democrats advice, but hide him in his beach house. Every time he speaks the red wave gets higher.”

Last January, while giving a speech in Georgia, Biden referred to vice president Kamala Harris as ‘President Harris’. At that point, he also falsely claimed that he was arrested multiple times fighting for civil rights. In December 2021, Joe told the students of a historically black college in South Carolina that “of course President Harris is a proud Howard alum.” Less than 2 months before taking the office, in March 2021, Joe referred to Kamala as “President Harris” while celebrating the US nearing the milestone of 100 million COVID-19 vaccine doses being administered.

In December 2020, after winning the Presidential elections, Biden referred to his running mate as ‘President-elect Harris’ while talking about how she publicly received a COVID-19 vaccine shot.

How did the netizens react to Joe Biden referring to vice president Kamala Harris as “President Harris”?

Followed by a user who penned, “Dear Democrats: Your lying president, jackass Joe Biden, keeps referring to Kamala Harris as “President Harris.” The man is delusional. He is nuts. He is out of his mind. YOU put this crazy person in office. WE are going to fire him in 2024.” What is your take on US President Joe Biden’s latest speech? Kindly let us know your thoughts in the comments section below. Don’t forget to stay tuned with us for the latest updates from the world of showbiz.