Gina Lollobrigida, best known for her work in films such as The Hunchback of Notre Dame, Solomon and Sheba, and Bread, Love and Dreams has died. She passed away at the age of 95.

As per a report by the Italian news agency Lapresse, Gina Lollobrigida took her last breaths in a clinic in Rome. Continue reading further to know the cause behind the demise of the iconic movie star. What was the cause behind the death of Gina Lollobrigida?

Italian actress Gina Lollobrigida, one of the last icons of the Golden Age of Hollywood has left for the heavenly abode. The Beat the Devil actress passed away at the age of 95 in a clinic in Rome.

As of this moment, the actual cause behind the passing away of the Italian movie star Gina Lollobrigida has not been revealed publicly. Gina is survived by her son Andrea Milko whom she welcomed with her ex-husband Milko Škofič. 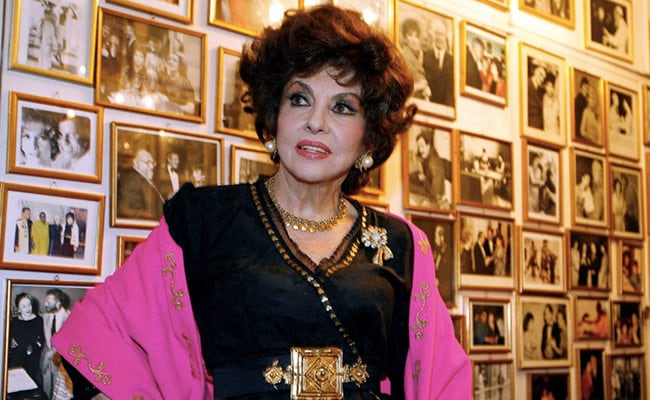 In September, Gina underwent surgery to repair a thigh bone broken in a fall, and she recovered and went on to compete for a Senate seat in Italy’s elections which took place last year in September. However, she did not win.

The full name of Gina was Luigia “Gina” Lollobrigida. She was an Italian actress,  photojournalist, and politician. She was born on July 4, 1927, in Subiaco, Kingdom of Italy. She was the daughter of a furniture manufacturer and his wife.

Gina grew up with three sisters. She had an elder sister named Giuliana, meanwhile, the names of her two younger sisters are as follows: Maria and Fernanda. During her teen years, she tried her hand at modeling and even participated in a few beauty contests. Around the same time, Lollobrigida started appearing in Italian films in small roles. In the year 1945, she played a part in the comedy Santarellina by Eduardo Scarpetta at the Teatro della Concordia of Monte Castello di Vibio, the smallest theatre all’italiana in the world.

Throughout her celebrated career, Gina starred in many movies like This Wine of Love, The Love Calls, Beat the Devil, Bread, Love and Dreams, Fanfan la Tulipe, Buona Sera, Mrs. Campbell, and Trapeze.

Tributes pour in for Gina Lollobrigida

Currently, the entire world is mourning the loss of the Italian movie star Gina Lollobrigida. Soon after, the tragic news of Gina’s death came out, many renowned personalities began offering their condolences on various social media platforms.

Italy’s Prime Minister Giorgia Meloni paid a heartfelt tribute to Lollobrigida. She described the movie star as a “great talent, passionate, intense, enthralling”. In a statement, Meloni said, Gina was “one of the most important performers of her generation, who contributed to the diffusion of the Italian image in the world.”

Andrea Bocelli tweeted, “My dearest #GinaLollobrigida I consider it a privilege to have crossed paths with you so many times. Whenever we met, the atmosphere was always joyful but I would still shake with nerves every time thinking about the person in front of me and knowing what you had achieved.”

My dearest #GinaLollobrigida
I consider it a privilege to have crossed paths with you so many times.
Whenever we met, the atmosphere was always joyful but I would still shake with nerves every time thinking about the person in front of me and knowing what you had achieved. pic.twitter.com/cy5cRN9rc3

We send our deepest condolences to the friends and family of the legendary Italian actress Gina Lollobrigida during this time of difficulty. Don’t forget to stay tuned with us for the latest updates from the world of showbiz.