Shetland star Douglas Henshall, famous for playing DL Perez in the BBC show, is facing massive backlash for his bitter comments on Queen Elizabeth II’s coffin. The 56-year-old actor claimed that the queen’s coffin was empty and questioned whether mourners would still be queueing if they were aware of it. His scepticism has caused hurt to many mourners who gather to witness the state funeral which takes place at 11 a.m. BST today (Sept 19).

Is The Queen’s Coffin Empty? Queen Elizabeth II, the longest-reigning monarch in British history passed away at the age of 96 on September 8, 2022. As the country witnessed a 10-day mourning period before the state funeral that takes place today (Sept. 19), BBC star Douglas Henshall has invited backlash for his bizarre conspiracy.

The 56-year-old actor, known for playing DL Perez in Shetland, claimed that the queen’s coffin is empty and questioned whether mourners would still be queuing “if they knew that the coffin was empty.” The controversial statement has caused massive backlash as his followers to ask him not to “destroy” the experience for mourners with his “scepticism”.

On the other hand, Douglas has defended himself by claiming that this is a “genuine question”, as he worried about the security risk involved. However, social media users are shutting down his conspiracy theory and slamming him for spreading lies. Well, as a matter of truth, the queen is very much in the coffin and officials expect more than 750,000 people to witness it before viewing finally closes today prior to the state funeral.

Douglas Responds To The Backlash…

Do you think the Queue would be so long if people knew that the Queen isn’t in that coffin ? Or do they know and it’s just symbolic ?

Douglas Henshall continues to stand by his firm belief that the queen’s coffin is empty. When criticised by followers regarding his scepticism, Douglas came back at them by saying that it’s a “genuine question” and he worries about the security risk involved.

One follower wrote, “Douglas, please stop spreading lies and conspiracy theories like this. You’re better than this.” Another tweeted: “Whether she is in there or not, this is a social necessity for every person there to show their respect. Please don’t destroy this experience for them with scepticism.” One person tweeted: “you are having a nightmare recently.”

In response to another critic who called it a “nasty” Tweet, Henshall wrote: “It’s not nasty or vile, and I’m not undermining anyone. I simply asked a question. Jesus. Enjoy your retirement.”

In his response, Douglas responded to some of the tweets and wrote, “I don’t know obviously, but I can’t imagine she would be purely on the grounds of security if nothing else.” While some people are finding this tweet “offensive” and “derogatory”, others have come to his defense and supported his claim. 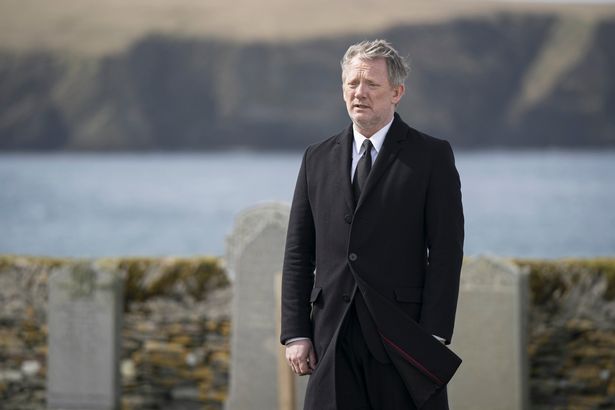 As for the queen’s coffin, up to one million mourners are expected to gather in the palace area. The queen’s followers have spent more than 14 hours queueing to see the late Majesty’s lying-in-state at Westminster Hall. Celebrities like David Beckham and Susanna Reid were also seen waiting in the queue for more than 13 hours.

The doors close to the public at 5:30 am on Monday before the queen’s state funeral, scheduled at 11 a.m BST/6 a.m  ET/ 3 a.m P.T, which is one hour from now (at the time of writing). The queen’s state funeral can be viewed live on news channels like BBC America, CNN, CBS News, Fox News etc. What do you think? Is the queen in that coffin, eh?