President Joe Biden’s son Hunter Biden has become the new talk of the Twitter town as his hacked iPhone and iCloud viral photos and videos continue to pile all over the platform. And guess what, 4Chan users claim to be behind the vicious hack. On Saturday (July 9), users from the site, which is known for the most salacious political content, apparently cracked Hunter’s iPhone password and gained access to backup files.

Not even iPhones can guarantee us the security that it claims! On Saturday (July 9), 4Chan’s users reportedly hacked President Joe Biden’s son’s iCloud account. Per reported, after hacking Hunter Biden’s account, the users of the anonymous English-language imageboard website, posted a few screenshots apparently from his computer and phone on its main political forum.

However, within hours, the admins took action to remove these screenshots. It’s not clear yet if those leaks were from Hunter’s infamous laptop — which became public during the 2020 election. The Washington Examiner had confirmed that the laptop, as well as its contents, were genuine and it indeed belonged to the 52-year-old.

If you remember, Hunter Biden’s financial affairs, including millions of dollars in dealing and transfers tied to countries such as China, Ukraine and Russia have been under the federal radar since 2018. Hunter, who revealed the existence of an inquiry into his tax affairs just after the 2020 election, previously claimed to be “100% certain” he will be cleared of wrongdoing.

Back then, the Washington Examiner confirmed the legitimacy of the laptop after obtaining a copy of the hard drive and having it examined by a former Secret Service agent who has testified as a cyber forensics expert in over 100 classified, criminal, and civil matters at the state, federal, and international levels. The forensic examination was conducted by Konstantinos “Gus” Dimitrelos. He stated in May, “My analysis revealed there is a 100% certainty that Robert Hunter Biden was the only person responsible for the activity on this hard drive and all of its stored data. Hunter Biden’s MacBook Pro was not hacked, and the data contained on the hard drive is authentic. Based on the data I examined, there was no manipulation of any photographs, emails, documents, or other user activities.”

it is pertinent to note the aforementioned because it may be possible that such data from back then may have been a part of the recent hack. However, it is still not clear whether the latest leak is from the same account connected to the hard drive that was verified by the Washington Examiner.

The trouble doesn’t end here for Robert Hunter Biden. Numerous posts are still available and are being updated or are being saved to other websites. One outlet even discussed this hack in a tweet stating that Hunter Biden’s iPhone and iCloud backups have already been converted into torrents, which 4Chan is currently circulating. Well, this clearly means that copies of them will continue to exist even if 4Chan is shut down, which still doesn’t seem like a possibility.

Hunter Biden had one of his "girls" put a TRACKING DEVICE (an old iPhone in this case) in some other lady's car. pic.twitter.com/03LK6j96xr

Hunter Biden is all over Twitter and people are going bonkers over the latest hack. One Twitter user wrote: “Over 450GB Of Data From The 4CHAN Hack Of Hunter Biden’s iCloud Account including Joe Biden Private Phone Numbers &Call recordings. Hunter Biden with George Soros.” On the issue, Donald J Trump Tracker posted on its Twitter account:  “Breaking: Google is censoring search for “Hunter Biden iCloud”.

Another user tweeted: “The conspiracy is that the people running the world are pedos and if you have enough money/connections, you are above the law and can do anything you want to a “Hostel” movie level. ”

Some of the leaked material from #HunterBiden s hacked icloud account. He has saved his dads number as #pedopeter in his phone book.. wow.
Has anyone ever sent a pic of them banging a pr0stitute (3rd pic) to their father. Damn.. how is #sleepyjoe still continuing as Prez of US 🤔 pic.twitter.com/ZiwzC6YkZe

One Twitter user wrote: Some of the leaked material from #HunterBiden hacked iCloud account. He has saved his dad’s number as #pedopeter in his phone book.. wow. Has anyone ever sent a pic of them banging a pr0stitute (3rd pic) to their father? Damn.. how is #sleepyjoe still continuing as President of the United States.”

Here are some of the other hilarious tweets:

Remember when MSNBC and CNN lied to American voters that the #HunterBiden laptop was "Russian disinformation" & they even got 51 corrupt government swamp creatures to back them up?

Now we have the iCloud backups & the disturbing contents are getting released. The MSM is silent. pic.twitter.com/0GKJfsfvOu

Now, before asking more relevant political questions, many Twitterites are asking about who the hell is 4Chan, and are referring to them as f***ing m***** for revealing about this hack. If you don’t know, 4Chan is a popular forum-based website or rather an anonymous imageboard website founded by Christopher Poole in October 2003.

The website hosts boards dedicated to a wide variety of topics from anime and manga to video games, weapons, television, literature, politics, sports, et cetera. As of 2022, the website receives more than 22 million unique monthly visitors.

Recently, it was slammed after a white supremacist teenager carried out a mass shooting at a supermarket in Buffalo, New York, with many blaming the controversial platform for influencing the shooter by exposing him to extremist content.

Not only this but child pornography has also been posted to this website, known for its far-right content. And guess what? This is not the first time 4Clan has displayed its hacking skills. According to The Washington Post, “the site’s users have managed to pull off some of the highest-profile collective actions in the history of the Internet.”

In 2008, the private Yahoo! Mail account of Sarah Palin, Republican vice presidential candidate in the 2008 United States presidential election, was hacked by a 4chan user. The hacker posted the account’s password on /b/, and screenshots from within the account to WikiLeaks. 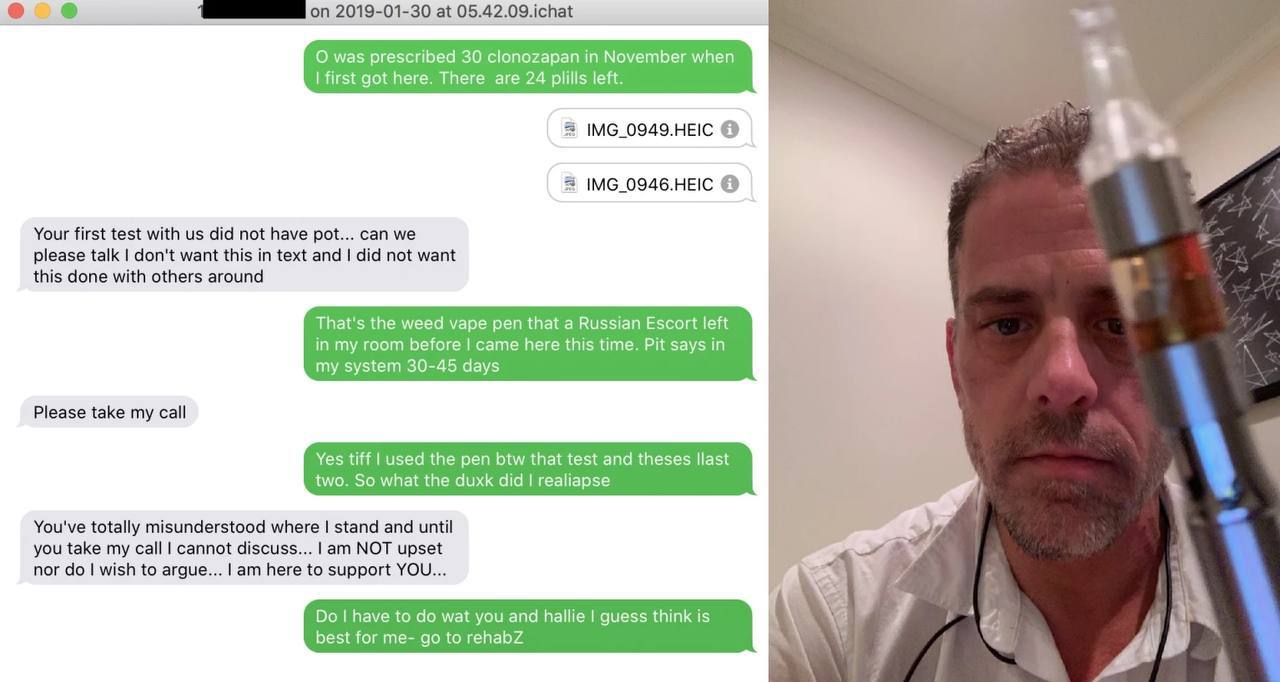 In January 2011, BBC News reported that the law firm announced they were to stop “chasing illegal file-sharers”. Head of ACS: Law Andrew Crossley in a statement to a court: “I have ceased my work … I have been subject to criminal attack. My e-mails have been hacked. I have had death threats and bomb threats.” This was again linked to 4Chan.

This time, 4Chan has laid a big hand as they reportedly hacked Hunter Biden’s iCloud. The incident comes just after the news that Donald Trump is apparently preparing for early campaigning and wishes to fight the upcoming presidential elections.