Climate activist Greta Thunberg was detained along with other protestors by the police in Luetzerath, Germany, on Tuesday, January 17. The group of campaigners was protesting against the demolition of a village to construct a coal mine.

Thunberg had joined the protest in support of the village earlier this week. She was cleared off the site by police officers and detained. As per reports, the protestors will be released by the authorities after a few hours. Read on to know more about the development. 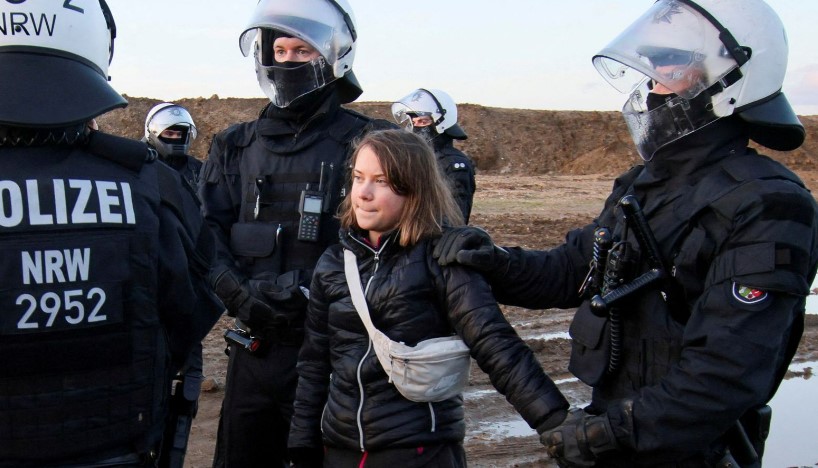 The protests were being held at the open-cast coal mine of Garzweiler 2, around 5.6 miles from Luetzerath. The campaigners, including Thunberg, sat near the edge of the mine. The authorities had started clearing out the village, but the protestors continued to sit, opposing the expansion of the mine, citing environmental concerns.

On Tuesday, the police forcefully removed people from the spot. “We are going to use force to bring you to the identity check, so please cooperate,” a policeman said to the group. Thunberg was carried by three Aachen policemen and was later seen sitting in a police van. 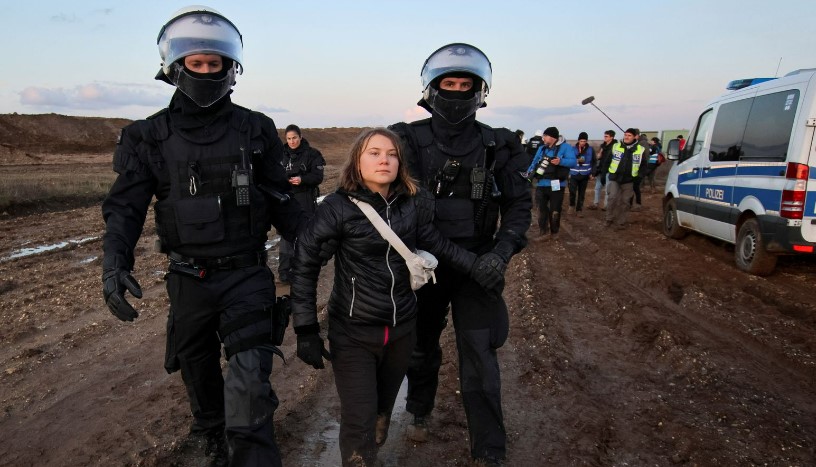 The officials said that the activist was not arrested, but was detained along with other protestors for identification. “Greta Thunberg was part of a group of activists who rushed towards the ledge. However, she was then stopped and carried by us with this group out of the immediate danger area to establish their identity,” said a spokesperson of the police.

The Protestors were Opposing the Expansion of a Coal Mine

The incident was a result of friction between environmental activists and the German government over the expansion of a coal mine. Luetzerath is a hamlet in North Rhine-Westphalia, which is owned by utility firm RWE. The hamlet was vacated so that the nearby Garzweiler coal mine could be expanded. 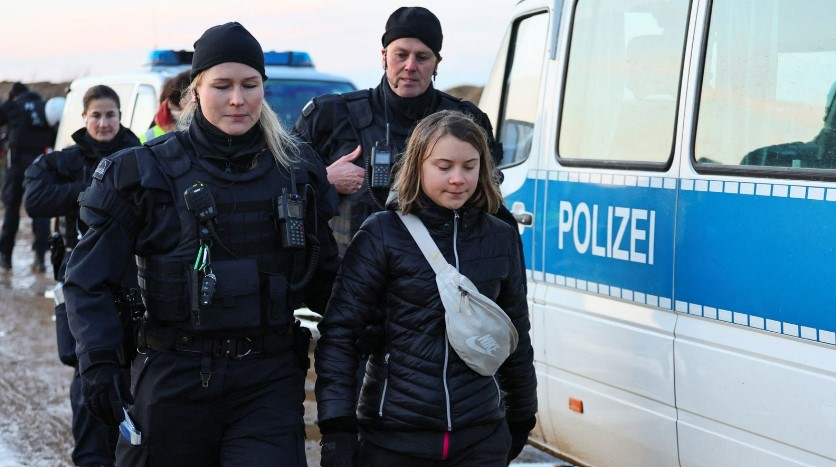 RWE and German Ministers have maintained that a form of coal called lignite will be dug up from the mine, which will help in the country’s energy production. Germany is facing issues with energy since the country has been getting reduced supplies of gas owing to Russia’s invasion of Ukraine.

However, environmentalists say that the type of coal being dug from the mine is ‘most health-harming’ and want the government to take immediate action to minimize the use of fossil fuels. They protested that destroying a village for a coal mine would lead to huge greenhouse emissions.

Climate strike week 230. We are currently in Lützerath, a German village threatened to be demolished for an expansion of a coal mine. People have been resisting for years. Join us here at 12 or a local protest tomorrow to demand that #LützerathBleibt !#ClimateStrike pic.twitter.com/hGrCK6ZQew

Greta had joined the protest on January 14 and had criticized the German government’s move. She addressed some 6,000 protestors at the demonstration and said, “Germany is really embarrassing itself right now. It is one of the biggest polluters in the world and needs to be held accountable.”

“The science is clear: we need to keep the carbon in the ground,” she had added. Thunberg further stated that the demonstration would ‘show what people power looks like, what democracy looks like – that when government and corporations act like this, destroying the environment… the people step up.’