Amber Heard’s defense case continues in the defamation trial brought against her by ex-husband Johnny Depp this week. Many of Heard’s former friends as well as her sister, acting coach, and makeup artist have testified to seeing Amber’s injuries or alleged altercations with Depp. Here is a full list of her witnesses.

From Celebrities to Less Famous Names…

Despite enormous support from fans, Amber heard’s witnesses have shaken Depp’s defamation case against his ex-wife. Her allegations have not only cost Depp his career but have tarnished his reputation at length.

Amber has portrayed herself as a victim of domestic and sexual abuse at the hands of Depp when their own children believe that their father is innocent. Celebrities like Elon Musk and James Franco also form part of Amber’s witness list but have refrained from testifying. Here are some of the names who testified from Amber’s side via WebEx and in person.

Note: The list is taken directly from the Court records. 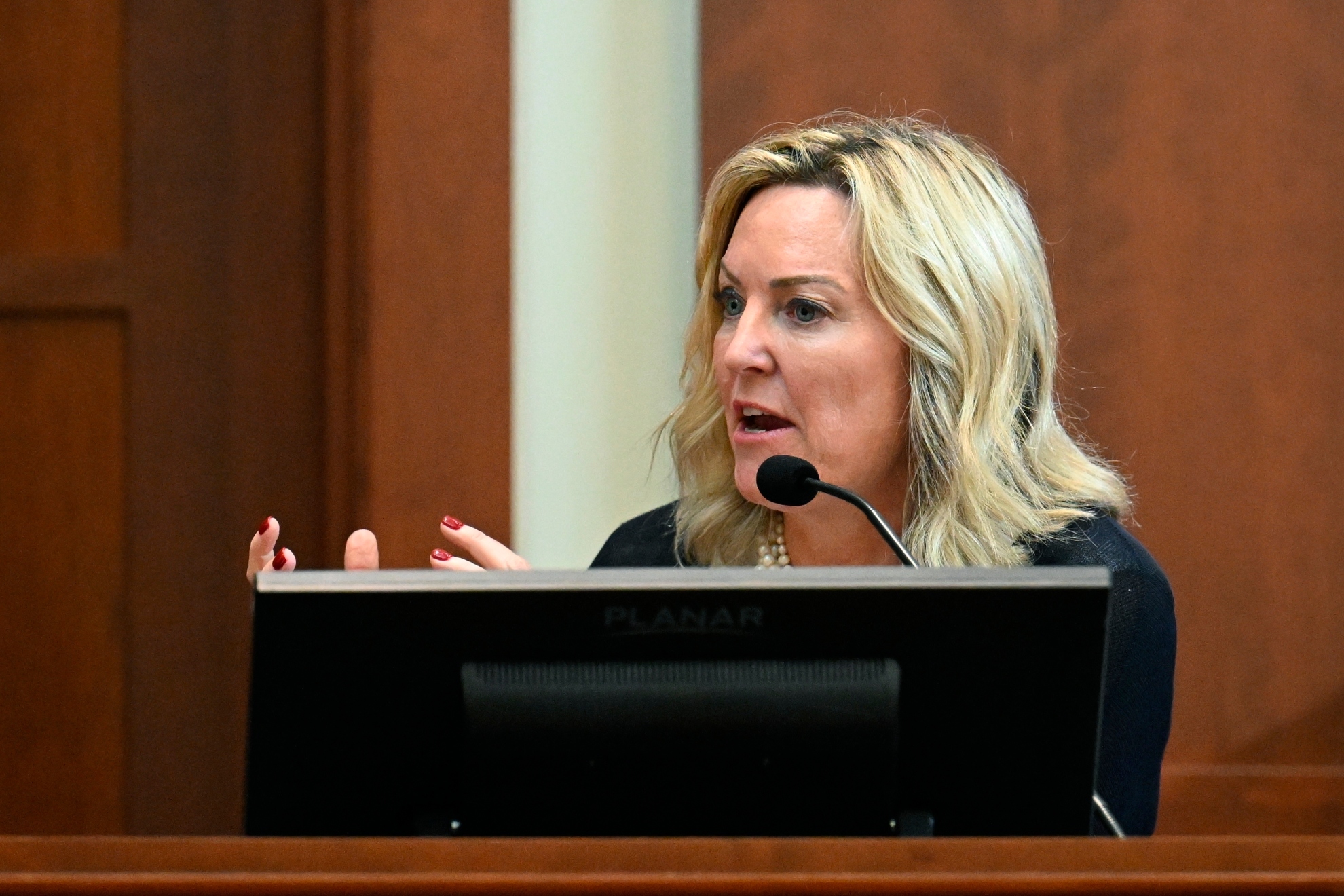 Dr. Dawn Hughes Hughes was the first witness who appeared on the stand to testify from Amber Heard’s side. She claimed to have met with Amber Heard in person for around 29 hours over four sessions, and they also met twice on a Zoom call. In her testimony, the psychologist insinuated that Johnny Depp had indulged in “Intimate Partner Violence (IPV)” against his ex-wife Amber Heard.

Dr. David Kipper treated Depp for what he described as an opioid addiction that developed after he was prescribed painkillers for a leg injury. Depp’s habit specialist David testified this month that he was not paid by the entertainer. Albeit, the clinical master was incredibly stressed over “The Pirates of the Caribbean” star’s fixation.

Kipper also testified that Depp had been experiencing bipolar sickness, ADHD, sleep deprivation, substance misuse turmoil, misery, and some more. Well, on the other hand. Dr Shannon Curry testified from Depp’s side that Amber was diagnosed with Histrionic Personality Disorder and Borderline Personality Disorder.

Laurel Anderson, who was Depp and Heard’s therapist in 2015, claimed that there was “mutual abuse” during the pair’s marriage. She testified that Depp attempted to “de-escalate” the violence more than Heard but that they both instigated physical confrontations 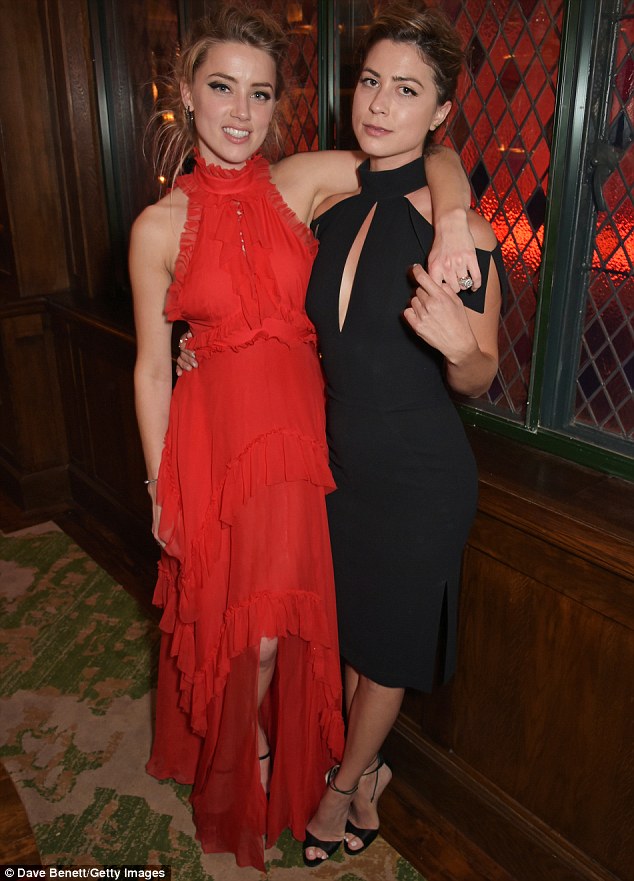 Raquel Pennington testified in a video deposition played for the jury in the ongoing defamation suit between Amber Heard and Johnny Depp that she was scared for her friend Amber. She is the same woman who was seen with Amber during Amber’s divorce proceedings.

In a video deposition, Heard’s acquaintance Elizabeth Marz testified to witnessing an alleged fight between a “wasted” Depp and Heard in 2016. Marz said she saw a “visibly very upset” Heard with a “swollen face. She said, “It looked like she had been hit in some way,” Marz said in the deposition. She added that she was “frightened” by Depp’s presence at the time.

Heard’s friend and makeup artist Melanie Inglessis testified via video, as well. In the deposition, Inglessis documented covering up Heard’s allegedly bruised face and split lip before the 2015 appearance on James Corden’s show. 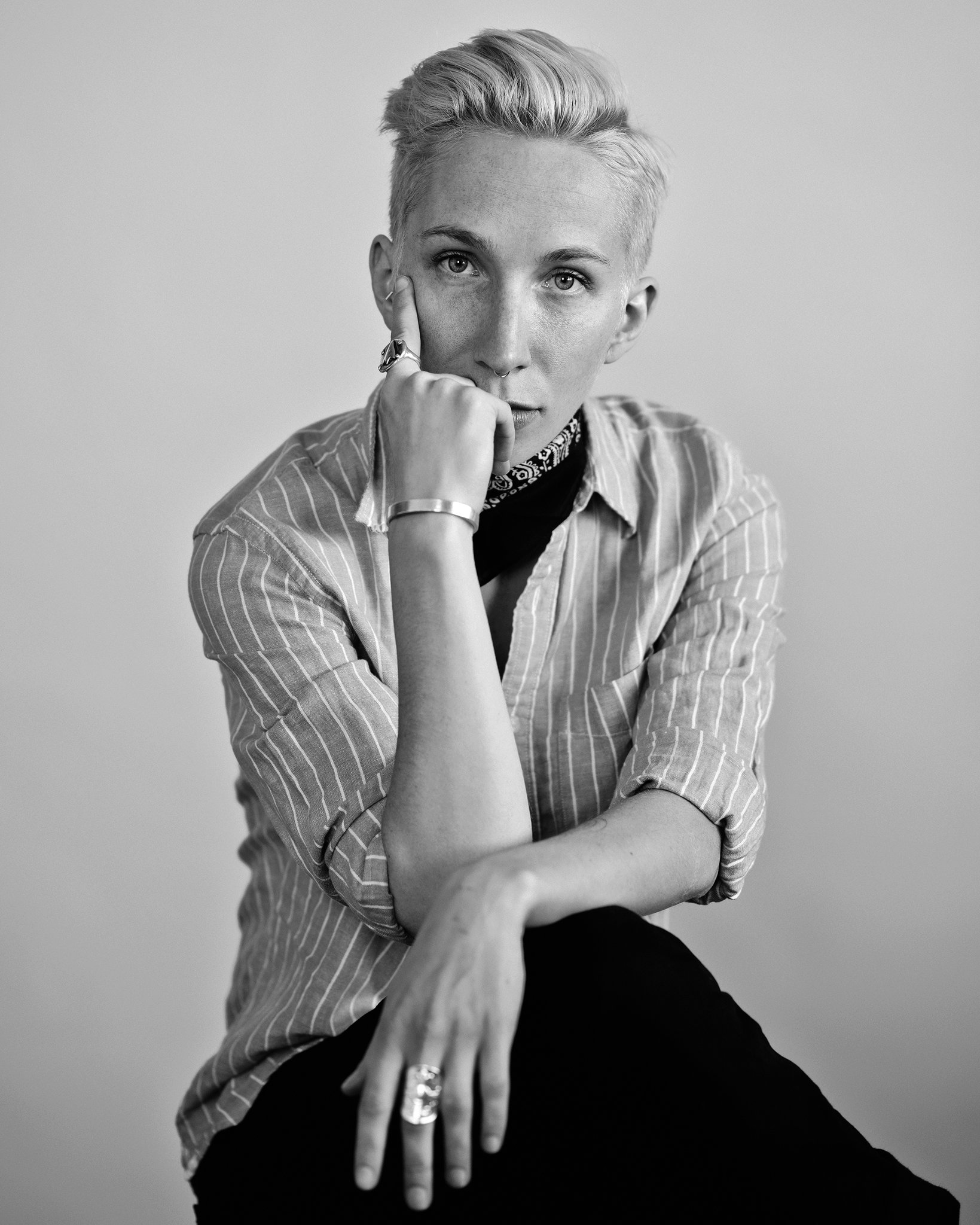 On the 17th day of the fierce defamation trial between Johnny and Amber, Amber’s friend iO Tillett Wright, an author and podcaster, said he overheard the altercation between Depp and his ex-wife. As per iO, Johnny has been abusive towards Amber Heard. iO also testified that he called the police after overhearing what sounded like a violent altercation years ago between Amber and her ex-husband Johnny Depp.

Heard’s former acting coach Kristina Sexton testified about her experience staying with Heard and Depp on a vacation at a luxury trailer park where she heard a screaming fight between the then-couple. She said, ” over time Depp became “much darker” and much more critical of Heard.

Josh Drew is the former husband of Pennington and lived in the same building in Los Angeles as Depp and Heard. He testified to having an encounter with Depp in May 2015, during which Depp was “screaming, cursing, spitting” in his face and yelling “gibberish. 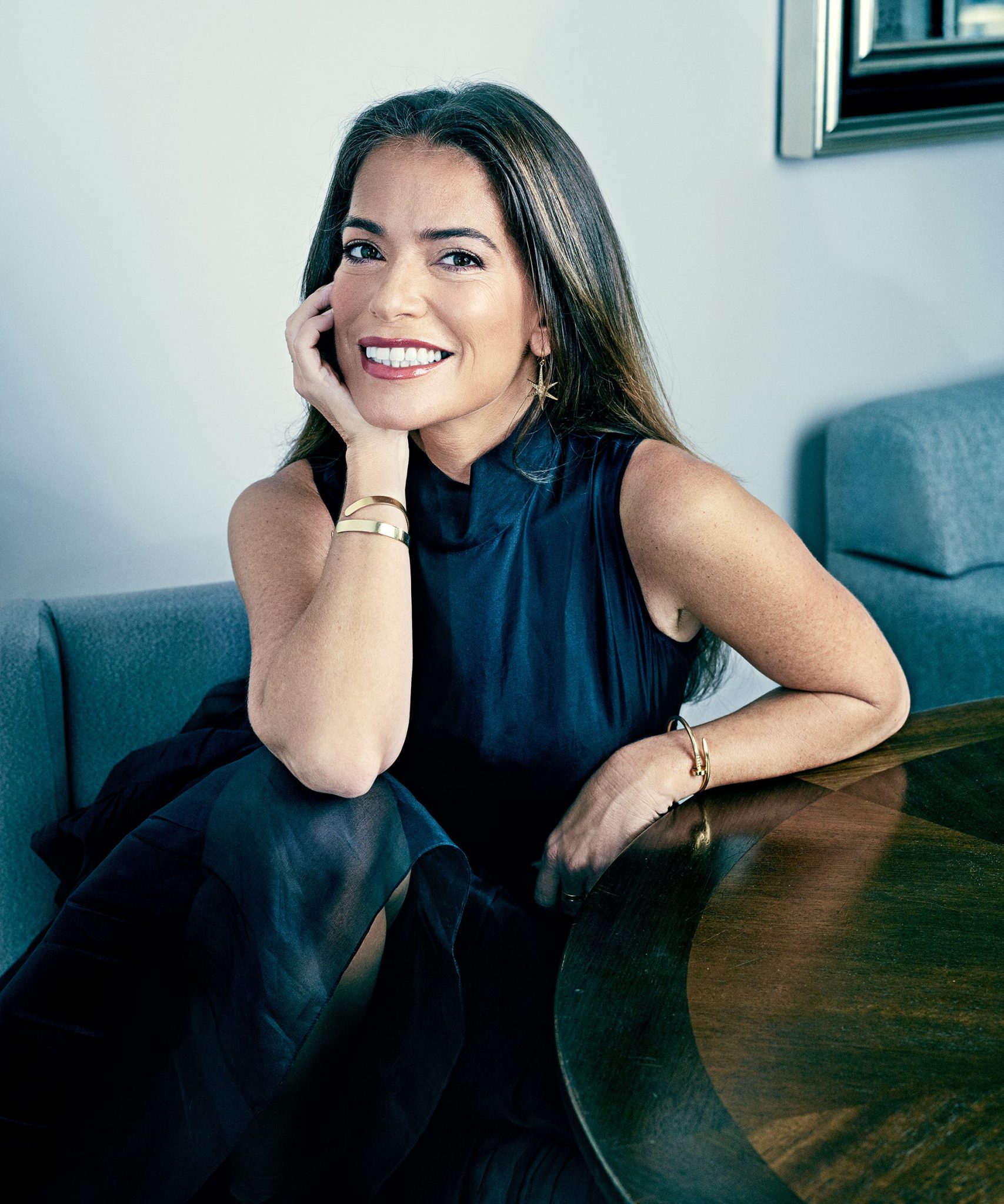 Celebrity divorce lawyer Wasser represented Depp during his split from Heard. She appeared in a prerecorded video testimony and told the court about the events surrounding Heard filing a restraining order against Depp in 2016. Wasser told the court that before Heard filed for the restraining order, her lawyer had sent over a letter with demands from Depp. Amber’s sister Whitney Heard Henriquez testified that the effects of the actress’ marriage to Depp were like “a slow-motion gunshot” that left her sister “physically unwell”. She stated that Amber is a victim of Depp’s drug and alcohol-fuelled abuse.

These are just a few names out of the many witnesses who testified from Amber Heard’s side. However, it appears that all these witnesses have narrated something that has been already claimed by some of Depp’s potential witnesses against Amber Heard. Here is a full list of Amber’s witnesses as per the court’s record who testified via WebEx, in person or by deposition and designation. 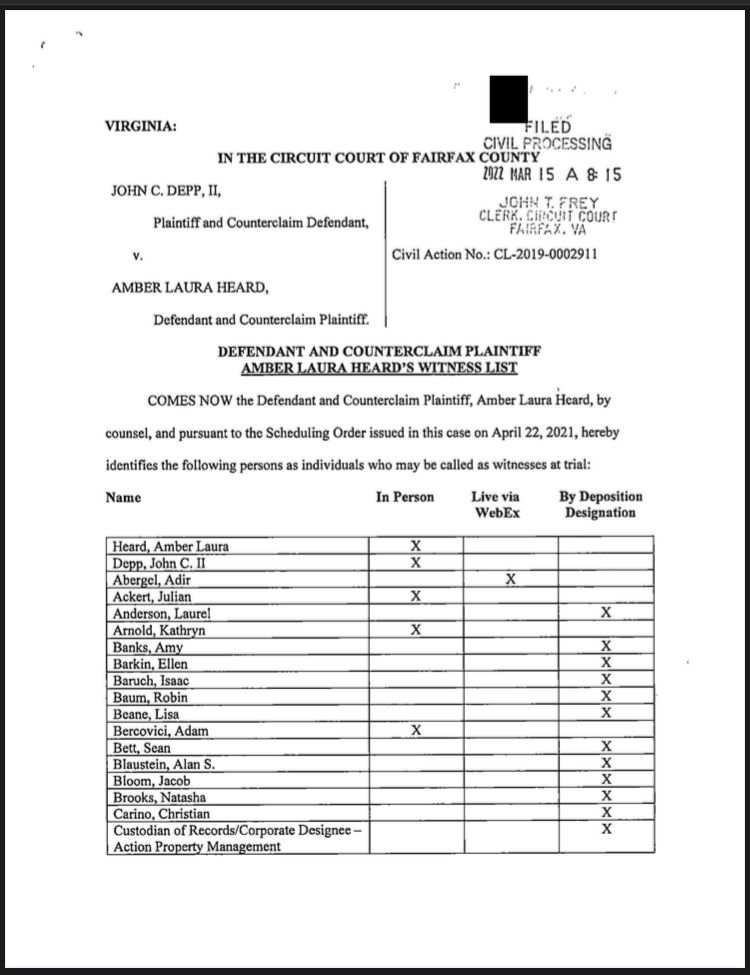 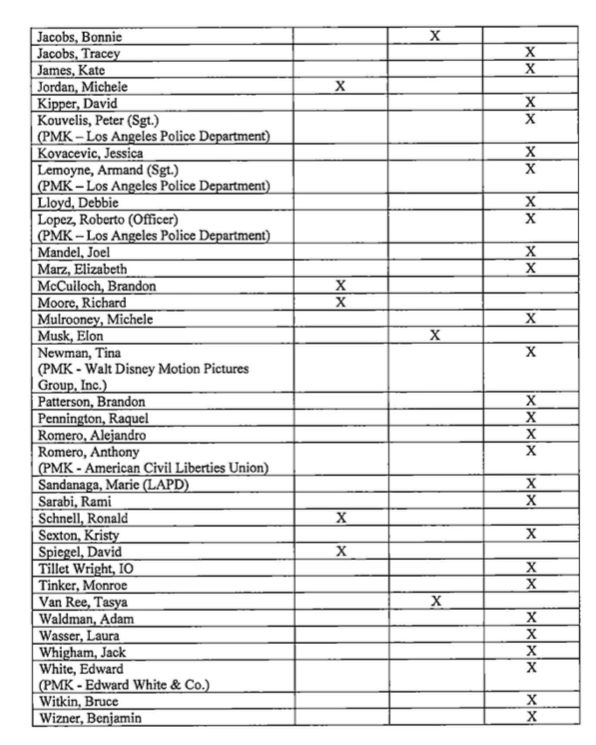 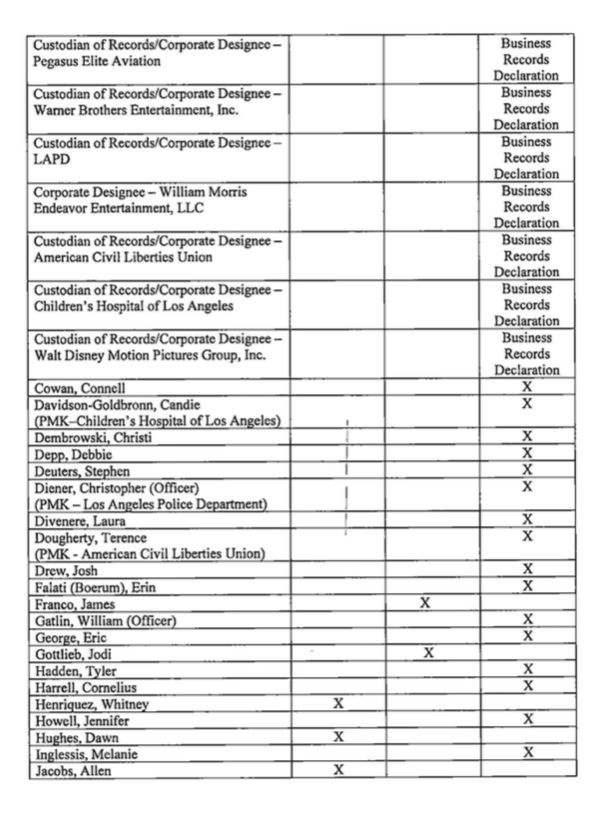 The defamation trial, which had originally been due to end on Thursday, resumed today for the final week’s testimony. Final arguments are to be heard on Friday 27 May. What do you think about Amber Heard’s witnesses? Feel free to shoot a rational thought.