A pitch invader runs into the field with 3 massive messages during the game between Portugal and Uruguay.

The pitch invader not only had 1 message but 3 messages that he wanted to show to the world. He ran with an LGBT/Rainbow flag while his shirt read Save Ukraine and Respect for Iranian Women.

The match was paused briefly as the invader was caught and escorted out of the field. 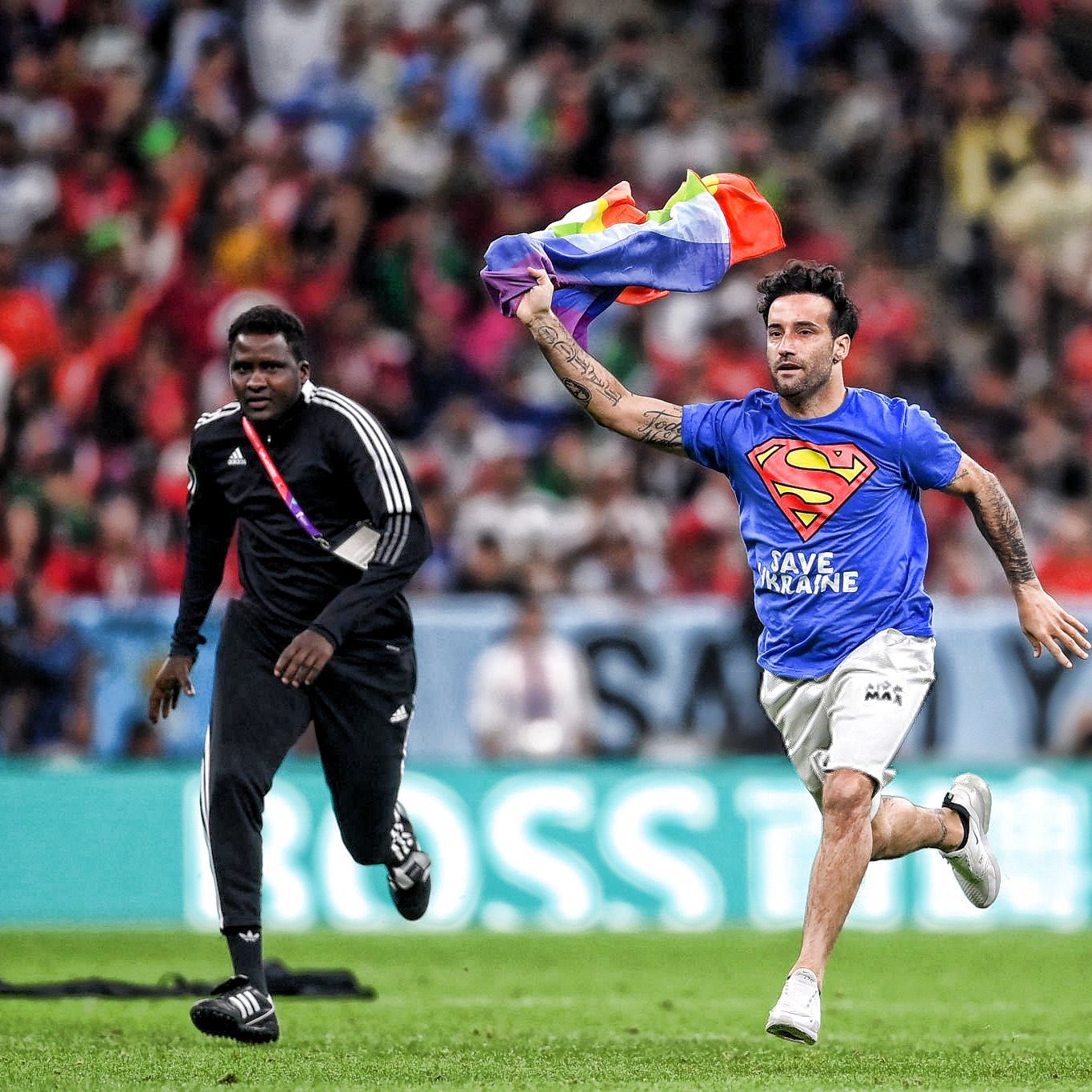 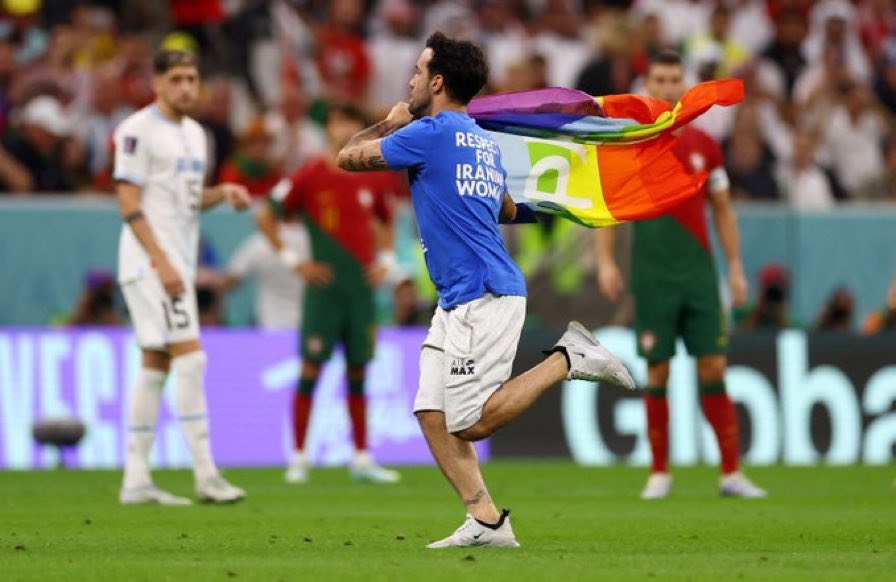 A Strong Message to Qatar, FIFA and the World

With this act, a strong message is sent to Qatar, FIFA, Iran, Russia and to the world.

Qatar does not promote, endorse or allow same-sex marriage or love. Due to this very reason, it is not allowed for fans to promote or even showcase their pride at the World Cup. This already caused a lot of outrage but FIFA had to stick with the rules of the country.

The other message was about Ukraine as we all are aware of the War in Ukraine by Russia.

The third message was about Iranian Women about the hijab controversy.

Qatar has very strict rules especially when it is about LGBT rights. The invader was caught by the marshalls and escorted out of the field. We are still not sure about how Qatari police and government will treat this matter as the whole world will be watching

Who was the Pitch Invader During Portugal vs Uruguay Game?

The news is still very fresh and we are not yet aware of who the invader was. However, his message was very clear and made people come up with all sorts of reactions.

Here are some reactions;

A pitch invader with a rainbow flag interrupted the Portugal Uruguay game. There has been a stringent crackdown on all things rainbow at this Dystopian World Cup, played in a country where same-sex relations are illegal and can result in jail time. 🏳️‍🌈🏳️‍🌈🏳️‍🌈 pic.twitter.com/8dT4eZPwSd

Not a single shot of any pitch invader across any league or international competition is shown in Europe and around the world mostly…. Now see how all the outlets are spamming the TL with 4k images of this specific pitch invader 😂

Was that a rainbow flag the pitch invader had? If so, not sure the “we won’t be dignifying the intruder by showing him” message is appropriate. Some – many – things are more important than football.

Rip in advance to the pitch invader a very brave man 😂😂😂😭#PORURU pic.twitter.com/Ms7e1xlHkk

We will keep you updated as we get more news about the incident.