Estelle Harris, ‘Seinfeld’ Star Dies at 93; What is the Cause of her Death?

Estelle Harris, the famous actor who gained recognition for portraying the role of Mrs. Costanza on the American sitcom TV series, “Seinfeld”, passed away on Saturday, 2nd April. She died at the age of 93 just 48 hours before her 94th birthday. Glen Harris, her son confirmed the news of her death saying, “It is with the greatest remorse and sadness to announce that Estelle Harris has passed on this evening at 6:25 p.m. Her kindness, passion, sensitivity, humor, empathy, and love were practically unrivaled, and she will be terribly missed by all those who knew her”.

How did Estelle Harris die?

Nine years ago, Harris was diagnosed with cancer however as per doctors, it was got it all out in 2013. She passed away because of natural causes at her residence in California. 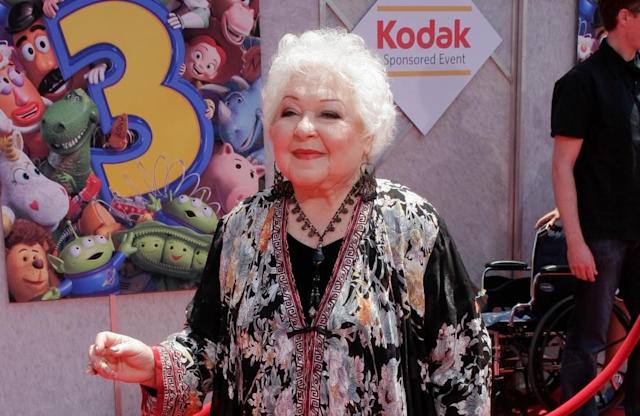 She is known for her nasally, high-pitched voice that was identified instantly. Harris acted in more than 100 movies in her film and TV career spanning more than four decades. She wanted to feature as a series regular on shows, but not star in one.

Harris starred in and voiced many other Disney shows and films like “Kim Possible,” “The Proud Family,” “Sonny With a Chance,” “Phil of the Future,” “Tarzan 2” and “Brother Bear.”

In 1995, she told the Chicago Tribune, “I’m the universal mother. Black people, Asians, WASPs, Italians, Jews – they all say, `Oh, you’re just like my mom.’ That makes me feel good.” Estelle Harris was born in the year 1928, in New York City. Harris grew up in the city as a kid and later her family relocated to the Pittsburgh suburb of Tarentum, Pennsylvania. She studied at Tarentum High School. She used to perform and display her comedy talent in high school.

Estelle Harris started her career in the year 1977 in the “Looking Up” movie and later gained prominence by playing the supporting role of Estelle Costanza in the “Seinfeld” series.

She featured in many famous movies and TV shows like The West Side Waltz, The Odd Couple II, Dancing in September, Queer Duck: The Movie, The Pinocchio Shop, Addams Family Reunion, Sabrina, the Teenage Witch, The Suite Life of Zack & Cody, Greetings from Home, Futurama among others. Jason Alexander, an American actor, and comedian remembered the late actress by tweeting, “One of my favorite people has passed – my tv mama, Estelle Harris. The joy of playing with her and relishing her glorious laughter was a treat. I adore you, Estelle. Love to your family. Serenity now and always. #RIPEstelleHarris”.

One of my favorite people has passed – my tv mama, Estelle Harris. The joy of playing with her and relishing her glorious laughter was a treat. I adore you, Estelle. Love to your family. Serenity now and always. #RIPEstelleHarris

She is survived by her three children (Eric, Glen, and Taryn), three grandsons, and a great-grandson.

Stay connected for all the latest news!