Emmerdale Star Andy Devine Dies at 79; Cause of Death Unknown 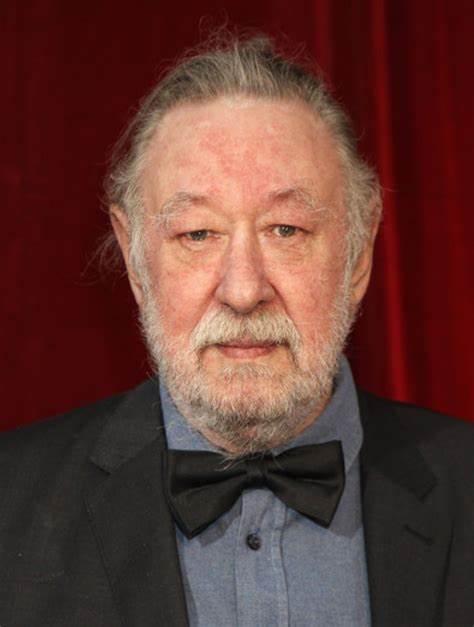 Andy Devine is popularly known for the role of Shadrach Dingle which he played in ITV soap. Andy died of unknown causes but it was revealed that he died back on January 27th the news of his passing away emerged to the public only recently.

Heartbroken to hear of the passing of an old friend. Even sadder that he passed in January and never knew. I was by the sea now when heard the news and Andy Devine was a sailor through and through. Gods rest ye pal. Second star to the right. Straight on ‘til morning. pic.twitter.com/mIuEVQwdur

Andy Devine and His Career

Andy Devine served in the Royal Navy back in the 1960s post which he started his acting career. Devine first appeared in Emmerdale in 2000 and played the character of Shadrach who was the alcoholic father character, Cain and Chas. Andy’s appearance on Emmerdale was on and off for a decade until he finally left the show in July 2010. Andy featured in 345 episodes of Emmerdale over the span of 10 years.

RIP Andy Devine. So natural in his acting; another great actor gone. An asset to Queer As Folk, @emmerdale and plenty of other shows he was a part of 😢 pic.twitter.com/obeeha4Cna

Andy’s character was shown to be killed off after he suffered from lover failure resulting from substance abuse. “I did like my ending because it was underplayed. Usually, they just blow you up or something,” Andy shared at the time of departing from the show.

I'm so sad Andy Devine has died. He played Shadrach Dingle in Emmerdale. RIP to a soap legend. 1942-2022. pic.twitter.com/RpfDZ4KSfS

“I’m glad I was killed off because otherwise, I might have one of those days where I’d call my agent saying ‘get me back on it’. Now, it’s very much curtain down on that.” he further added.

Though the character of Shadrach reappeared in the show as a flashback in 2017 it was played by another actor, Matt Sutton.

Emmerdale Fans Saddened by the News

The fans of the show Emmerdale were saddened by the passing away of Andy Devine after a decade since he last appeared on the iconic soap as Shadrach Dingle.

The fans of this longtime running ITV soap drama were devastated when the news of Andy passing at the age of 79 emerged recently.

The advent of this news had made the fans recall the scene of his character that aired twelve years ago as Shadrach perished after he tragically fell into a stream in Dallas while he was drunk.

Tributes for the actor have been poring since the news emerged, with the fans taking up to Twitter to share their sadness and shock.

One of the fans expressed “RIP iconic #Emmerdale Actor, Andy Devine. What a talented, charismatic Actor and what a complex, funny, interesting, funny, flamboyant, unpredictable, intriguing character he played as Shadrach Dingle in the show. Thoughts with Andy’s loved ones.”

Another wrote Just heard the sad news that Andy Devine who played Shadrach Dingle in #Emmerdale and Bernard in Queer as Folk passed away in January. Brilliant comic characters that he played so well.”

Such sad news about Andy Devine. We did audience research once, in a blockbuster Emmerdale year, and one question was what was your favourite moment? What won? "Shadrach having a bath" – what a character he created! Thank you Andy for all the laughter. @emmerdale #Andydevine

Though Andy will always be remembered for the role he played in Emmerdale but the actor also appeared in Queer as Folk, Doctor Who and the TV film Hillsborough. Andy also had a brief appearance in Coronation Street in the years 1995 and 2000.