In a bizarre turn of events, fans were shocked to see racist and insensitive posts posted on Disneyland’s official Instagram page on Thursday morning. The posts were done by a self-proclaimed ‘super hacker’ who had hacked the official account of Disneyland. 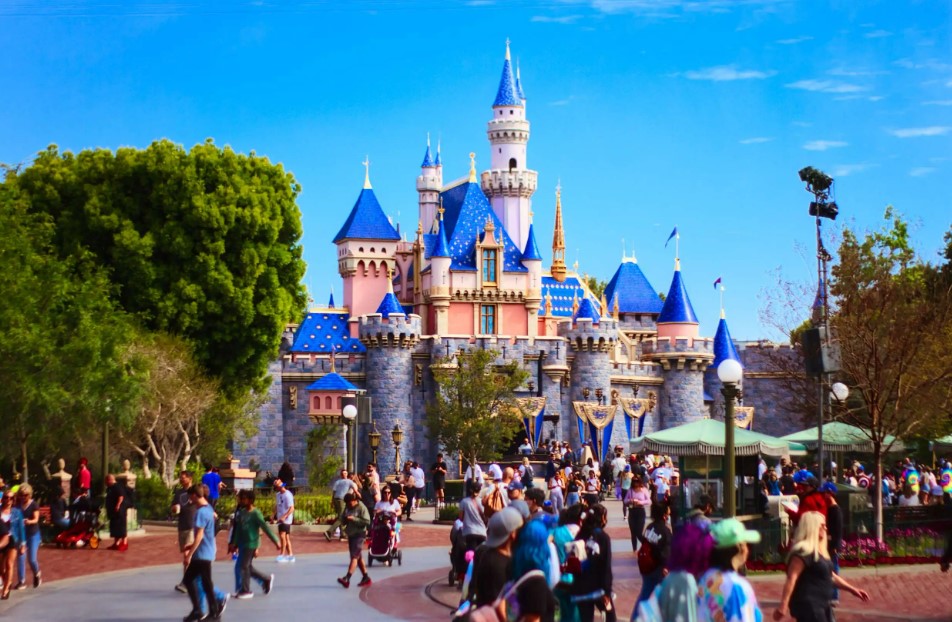 The hacker who went by the name David Do made several racially inappropriate and homophobic posts on the page before, the account was recovered. Read on to know the full details of the hacking incident.

The Hacker Made Multiple Posts on the Page

The first post was made at around 3:50 am when the hacker apparently posted his own image on the page. The caption on the post read, “I am a super hacker that is here to bring revenge upon Disney land. I am f***ing tired of all these n***er Disney employees mocking me for having a small penis. WHO’S THE TOUGH GUY NOW JEROME? GET HACKED YOU F***ING F******.”

The hacker went on to add three more posts and 2 stories to the page. In another post, the hacker wrote that he “had invented Covid and blamed it on Wuhan” and that he was ‘working on Covid 20”. He added multiple slurs and expletives to the captions. 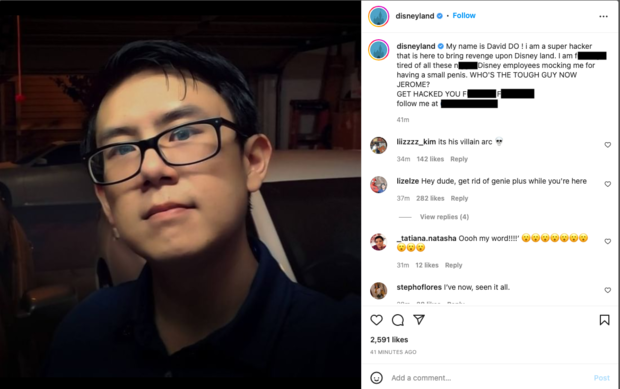 Following the incident, Disneyland’s Instagram page was taken down temporarily. It then resurfaced after some time after the insensitive posts had been deleted. It’s unclear if Disney regained control of the account or if the hacker erased the posts while still being signed in.

None of Disney’s other official accounts seemed to be affected by the hacking.

Disneyland Confirmed the Page Being Hacked

An official spokesperson of Disneyland confirmed that their Instagram and Facebook pages had been hacked and an investigation had been launched.

He said “Disneyland Resort’s Facebook and Instagram accounts were compromised early this morning. We worked quickly to remove the reprehensible content, secure our accounts, and our security teams are conducting an investigation.”

The account in question has more than 8 million followers and many followers of the page commented on the now-deleted posts in confusion. The usual posts on the page include those of families, events and activities at the resort.

Fans Left Shocked with the Hacking

Fans were seen being shocked by this social media hacking. Many users on Twitter started discussing the page’s social media breach.

One fan tweeted, “Did not expect to see the Disneyland Instagram get hacked and be covered in racial slurs today. Oh boy.”

While another said, “OMG I can’t believe I saw when Disneyland account got hacked today #disney.” Another tweet read, “It wasn’t even the least bit funny, just racist and sad. #disneyland #hacked.”

“Can’t believe I was awake to witness Disneyland’s Instagram account getting hacked, what a time to be alive.” another shocked fan wrote.

While another another fan tweeted: “ok who’s up and just saw the disneyland ig get hacked i am SCREAMING??????”