The 23-year-old  Fred Biletnikoff Award winner is being held without bond in the Arapahoe County Jail for the investigation of second-degree criminal tampering with a domestic violence enhancer, a misdemeanour.

Arapahoe County Sheriff Tyler Brown said in a Thursday afternoon news briefing that no physical contact was made in the dispute between Jeudy and the mother of his 1-month-old daughter.

He said, “It solely involved property, and there was no damage to property”. Jeudy is being held without bond until he can appear before a judge in Arapahoe County Court at 8:30 a.m. Friday. 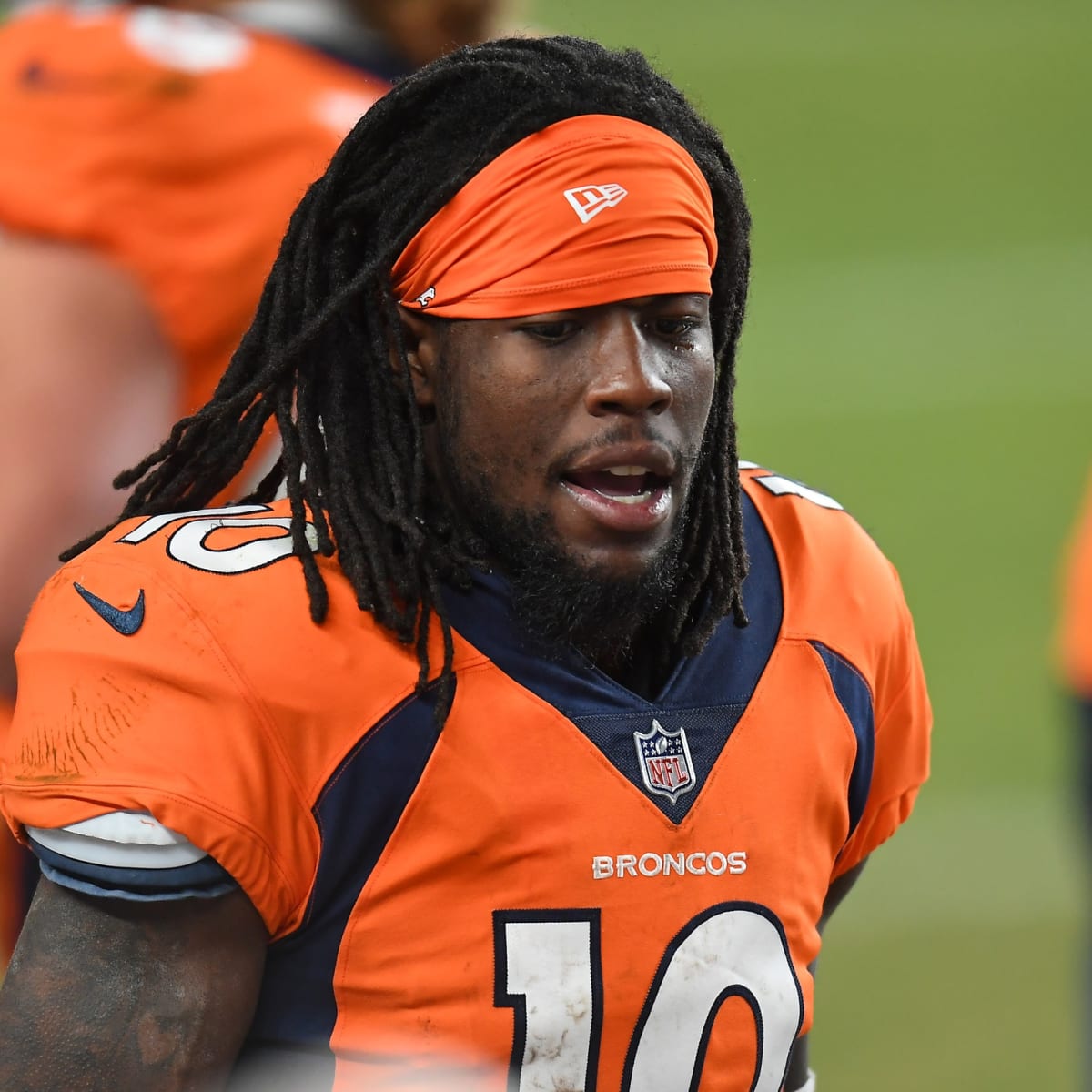 Tyler Brown revealed that deputies were called to a home in Arapahoe County around 10:15 a.m. on Thursday after the mother of Jeudy’s one-month-old child called authorities asking for a “keep-the-peace” situation between her and the wide receiver, Arapahoe County Sheriff Tyler Brown said during a news conference.

The alleged woman was described by authorities as being in an “ongoing relationship” with Jeudy. The woman revealed that she had a property that the former first-round draft pick was in control of. It included a  wallet, a child car seat, and paperwork involving the child. Brown said the items were locked in a vehicle, which the woman couldn’t access.

According to a police report, the woman told a deputy that things started on Wednesday night when Jeudy put her wallet and the medical paperwork in his car at their home so she could not get them. However, the police noted that there was no physical contact between Jeudy and the woman during the domestic dispute, and Jeudy was taken into custody without incident.

Jeudy has admitted to locking some things in his car, including baby formula because the woman took one of his three cellphones and would not give it back. The alleged woman stated that she wanted to go back o Virginia but could not leave without those belongings. She even confessed that she didn’t want Jeudy in “trouble” but just wanted her things back.

More about the Charges 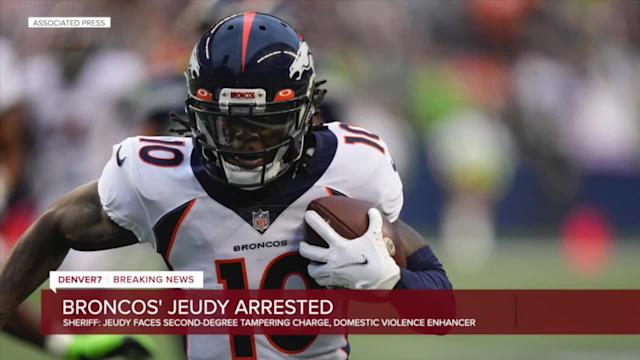 As per Colorado law, the domestic violence enhancer prevents release at least until the appearance before the judge. Jeudy is currently being held without bond and will appear in county court Friday morning.

The American football franchise Denver Broncos also released a statement saying,  “We are aware of the matter involving Jerry Jeudy and are in the process of gathering more information.” 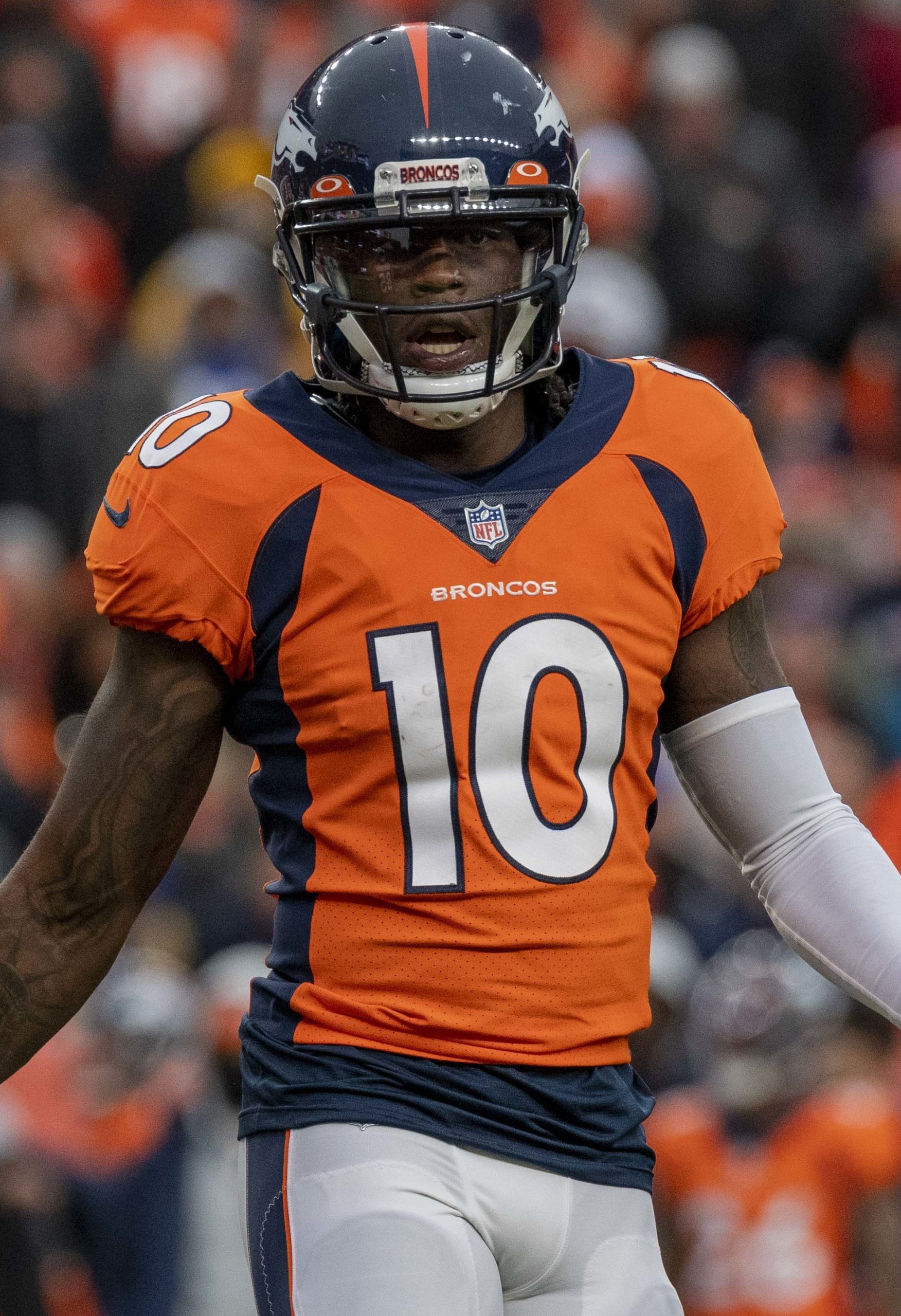 There is no news about what his future would be like with the Broncos. It appears that Jeudy might be given some relief because he has not caused any physical harm to the alleged woman. He has already missed six games this past season with an ankle injury and finished with 38 receptions for 467 yards and no touchdowns.