Angela Renée White, professionally known as Blac Chyna sued her former fiance Rob and the Kardashian family (sans Kourtney and Kendall) for damaging her brand in 2017. Now that the trial has begun with jury selection, a twist came as Corey Gamble testified against Chyna. Kris Jenner’s boyfriend testified before the Los Angeles court that he heard Blac Chyna threaten to kill Roby Kardashian multiple times, and said that he had to physically intervene to stop her in December 2016. Read on to know more about the testimony.

Corey Gamble is an Eye-Witness The trial between Blanc Chyna and her finance Roby Kardashian began on April 18, 2022. Blac has also sued the Kardashian family (sans Kourtney and Kendall) for damaging her brand.

The talent manager and entrepreneur continued his testimony by saying that “on the morning of December 15, 2016, Kris Jenner’s phone rang around 7 a.m., and her son Rob was calling.” Gamble said that he “could hear Chyna screaming in the background.”

He added, “Blac was telling Rob ‘Fuck you, I’m going to kill you, you fat motherfucker.’ It was a hostile situation, I put on whatever clothes were closest to me and left the house. Gamble confessed that he has to intervene between the couple to sort out the fight. 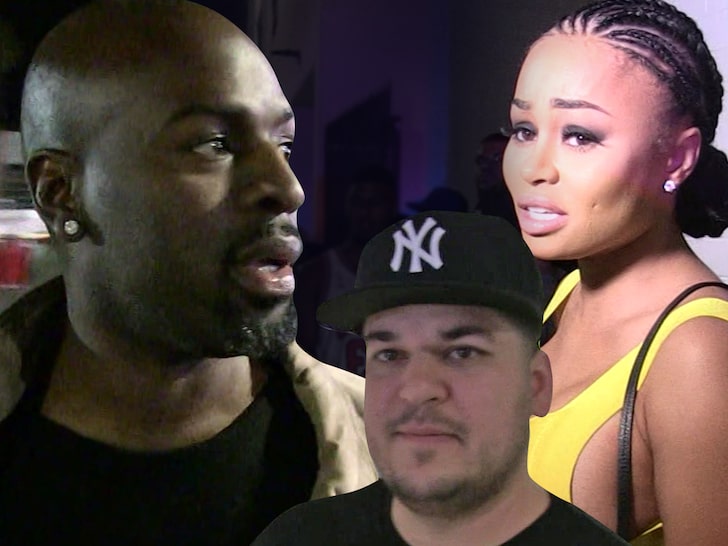 The incident happened when Rob and Chyna were living in Kylie Jenner’s house, which was four to five blocks away in the Hidden Hills neighbourhood near Calabasas, CA. When he reached the front door, Corey heard Chyna shouting at Rob in anger, telling him she hated him and threatening that she “would kill him.”

Gamble also mentioned that Kris wanted to tag along but he stopped her as he thought that it could be a dangerous situation. He further continued that as he entered the house he saw Blac standing with a rod held against Rob, but she dropped it when she saw Corey.

Corey narrated that Blac Chyna “started whipping it at him. She was hitting Rob and when he tried getting in the middle, he got hit too. He said, “I had to try to get her attention on me so [Rob] could get his belongings and get out of the house. I could smell the alcohol on her.”

Rob attempted to leave but Gamble’s car had blocked the exit. He said that Chyna threw a chair at Rob’s car before continuing to attack him. On the other hand, the Kardashians are represented by Michael Rhodes who painted Blac Chyna as an opportunist who wanted to become a part of the famous family.

How will the testimony affect Blac’s Case?

The December incident forms a part of a significant claim in Chyna’s lawsuit claiming $100 million in damages. Corey’s testimony will weaken Chyna’s case, but there’s one thing here that a person with common sense must question. If Chyna dropped the rod after seeing Corey, how did she continue to hit Rob? Well, let the judge decide. On the very first day of jury selection, Kim, Khloe, Kris and Kylie appeared to witness the jury selection. As for Kim, we think she is just trying to learn the court procedure. Phew, she called herself a lawyer after passing the Baby Bar exam. But, she ain’t one yet, eh! Keep reading to get more updates on this trial.