Chloe Ferry burst into tears as her boyfriend Johnny and she were thrown off a flight in Los Angeles for a work trip. 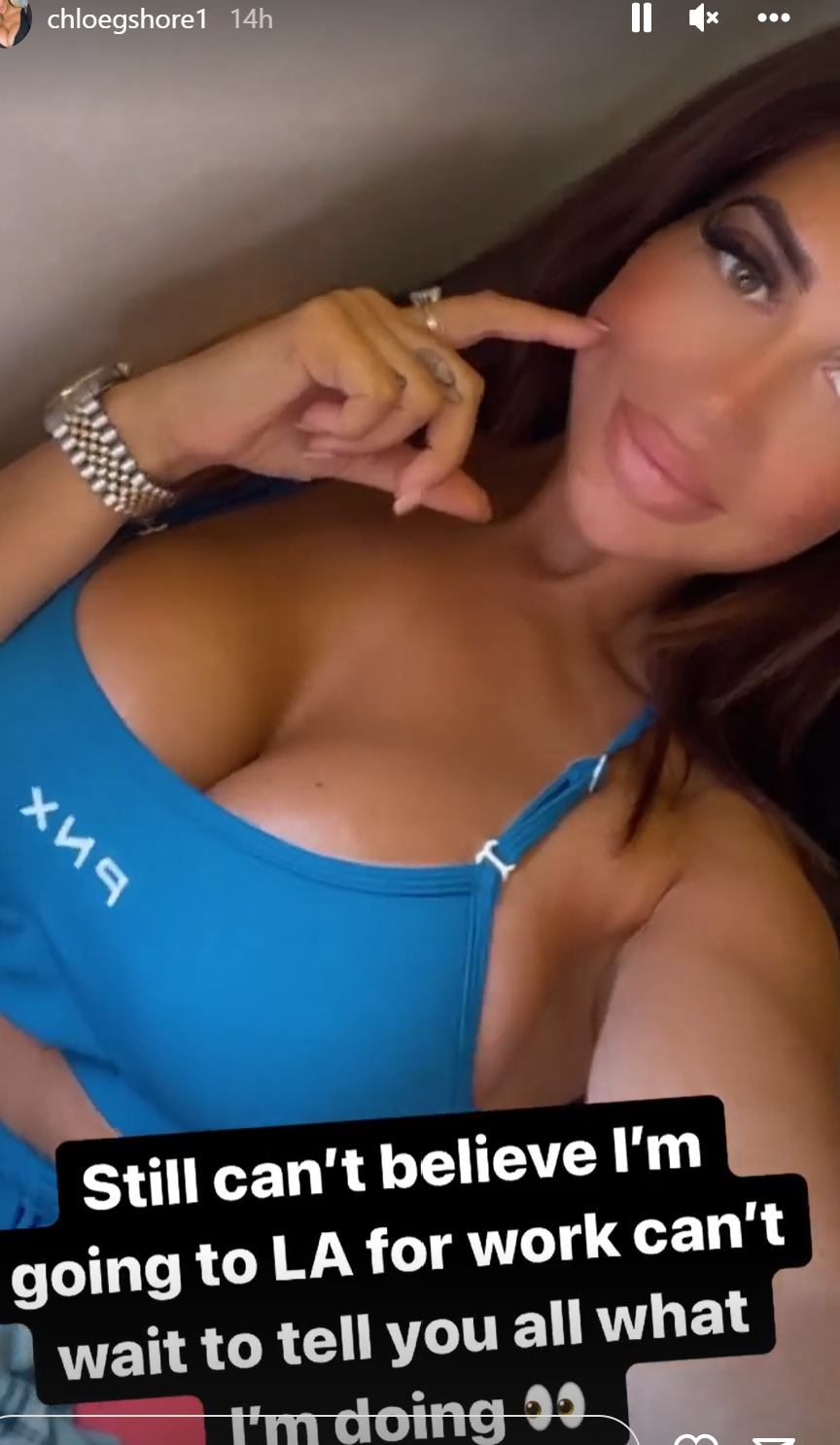 The Incident of Chloe’s ‘Bad Luck’

The 26-year-old former Geordie star took to her Instagram on Wednesday to share with her fans and following the excitement of jetting off to the United States for a special event but only a few moments later the star shared her incident and her ‘bad luck.’ 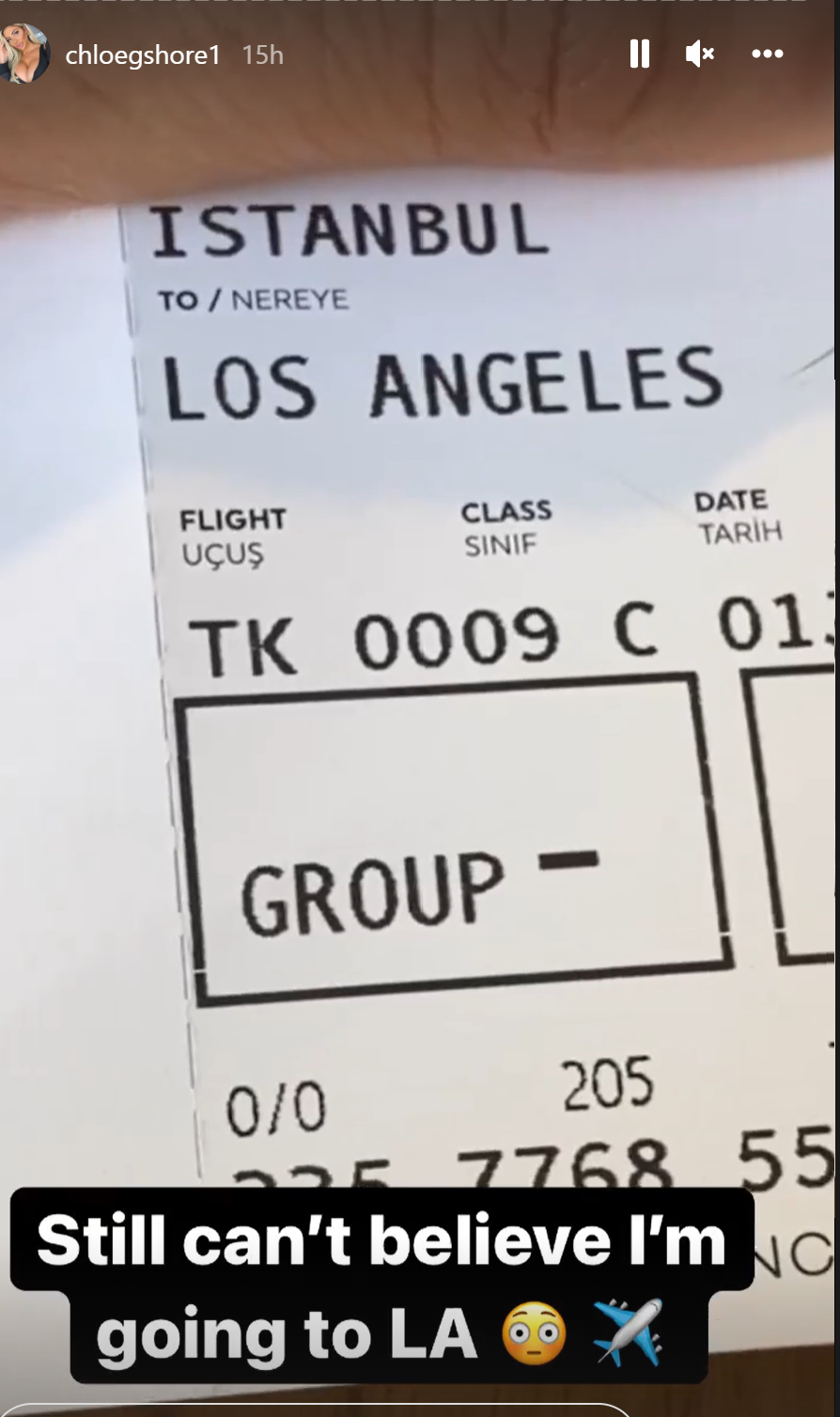 She shared that the couple got to the airport and were all hyped up as they were all set to board their flight to LA but soon after they were thrown off the plane as they did not have their visas.

As Chloe posted her sob story it could be seen that she was clearly upset and said that “We were both absolutely buzzing. Johnny’s just paid so much money to upgrade.”

“Then we get the flight, everything going nice. We haven’t got the visas. We’re sat here. Just my luck.” She added

“I’m actually crying, I’m crying with devastation. I’m one woman with a lot of bad luck.” she shared her story but then she added that “I need to laugh because if I don’t I will cry. The flight took off five minutes ago – we’re having no luck.” 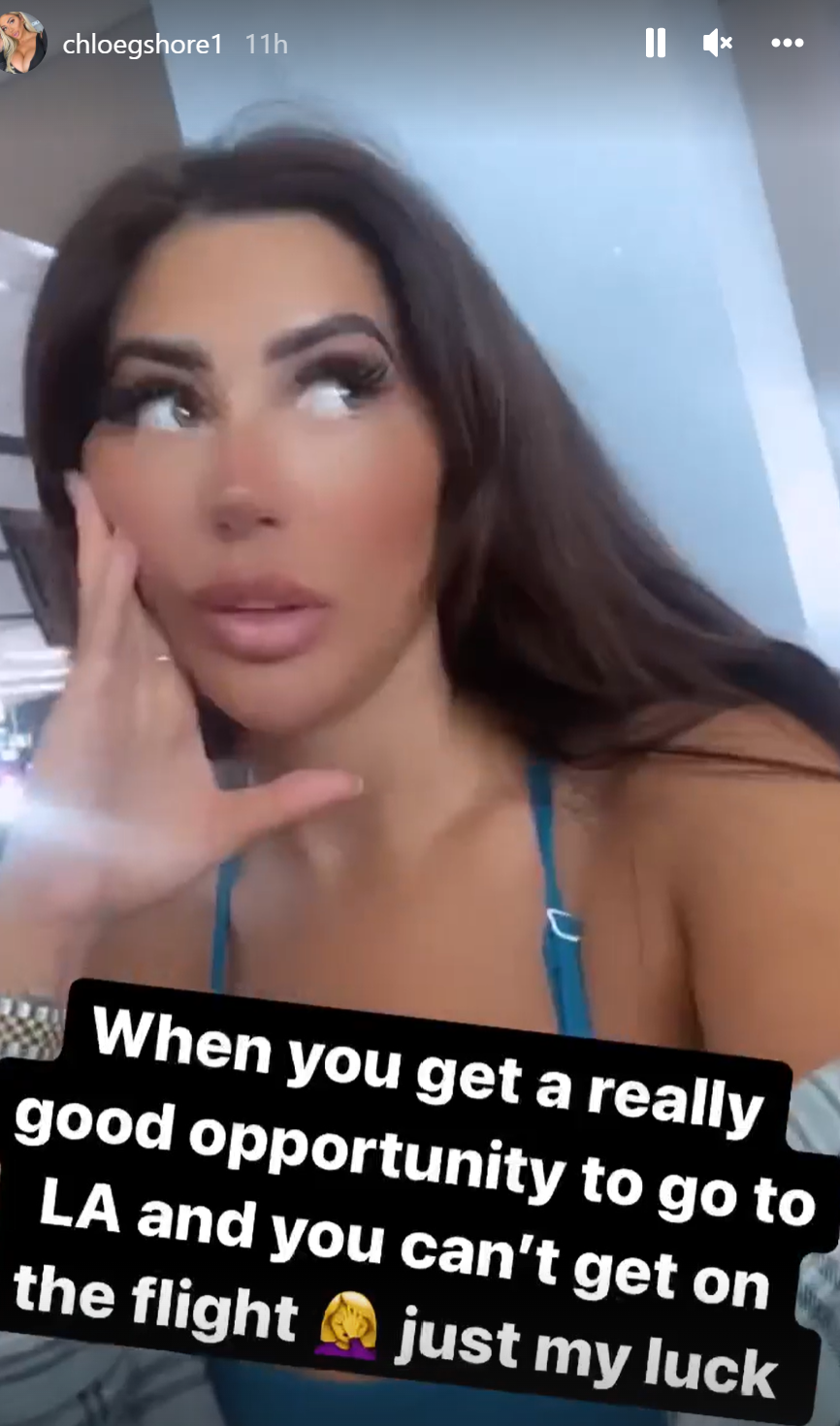 “Obviously we weren’t on it. We’re in one of the biggest airports in the world. We don’t have a clue where our suitcases are. The suitcases are probably on the flight to LA.”

She further added that “Not only that everyone, but I also left the family holiday three days early, so I could have still been with my family”

“And it is one of my good friend’s birthday’s today and what she had planned was absolutely amazing.”

“All my friends are there, having the best time. That just tops the biscuit.” She even shared a post saying that she has a ‘massive FOMO.’ 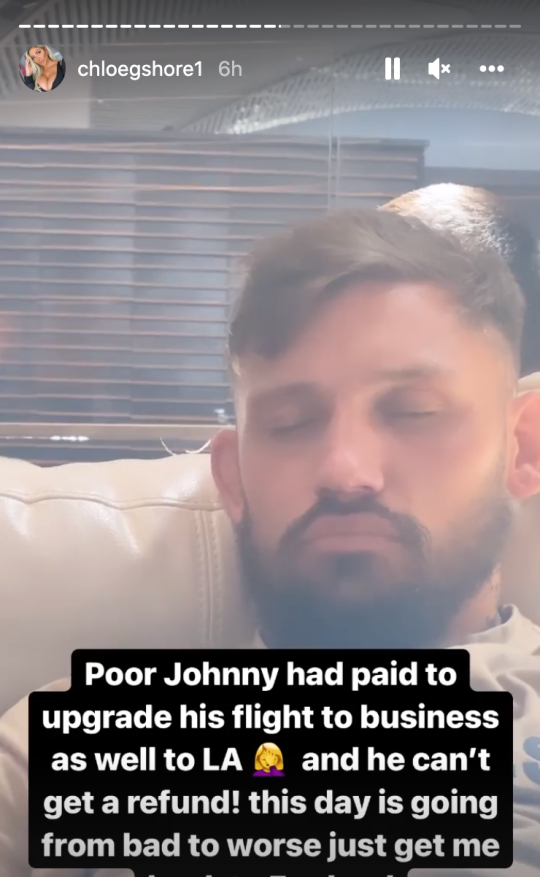 Chloe even shared that her boyfriend Johnny was not able to get a refund on the seats that he got upgraded to business class and was said that  “This day is going from bad to worse.”

The reality star, Chole Ferry has been dating Johnny since November and the pair are already sharing their plans to start a family together. It was only recently when Johnny expressed his dedication towards Chloe in a romantic gesture of getting her name inked on his neck. The tattoo is quite a noticeable one which starts from his collar and ends at his ears.

Johnny even shares a picture of himself kissing Chloe as the couple smiled and showed off the tattoo. Chloe even wrote, “He got my name tattooed.”

Since they got together the pair has been posting many pictures of themselves together on their social media and the trips they take. Though this trip turned sour for them but soon after the incident Johnny and Chloe headed back to the hotel and Chloe trying to be all positive said that they will be having steak for dinner. As we know food can cure anything!!