Cardi B and her sister Hennessy Carolina are in the seventh sky. The two had an ongoing defamation lawsuit against them. It was filed by three beachgoers who alleged Hennessy of racism. Justice is served as Cardi B wins this defamation lawsuit. The American rapper cannot be happier. Let us get to know what exactly happened and who is the pink fat guy with a MAGA hat.

Nooooo that big pink man was harassing my sister girlfriend to move her car for no reason and then my sister came there had a back and forth and they stood quit when she Wip that phone out .They was harassing 2 Women ! Ya going to catch the right fuckin one ! https://t.co/xcH1PvGVAB pic.twitter.com/rLym9O2yIU

The Invasion of Privacy star and her sister were sued for defamation, assault and battery by three beachgoers, one of whom was wearing a MAGA hat and a pink t-shirt. He alleged that Hennessy called them “racist, MAGA supporters”.

Even though Cardi B wasn’t there, she posted a clip of what exactly happened. The truth is different from what was narrated in the suit. Hennessy and her friends were having a good time at the beach when these men walked up to them.

According to Cardi B, the girls were targeted because they are Afro-Hispanic and gay. The clip shows two men and a woman arguing with Hennessy and her friends at Smith Point Beach.

The clip itself reveals that a lot of insult exchange happened during this loud confrontation. However, the three beachgoers alleged Hennessy of spitting on them. Those men were harassing the two women.

After the incident, Cardi B identified the offender as a pink guy because he was wearing a pink T-shirt. She tweeted: “Nooooo that big pink man was harassing my sister’s girlfriend to move her car for no reason and then my sister came there had a back and forth and they stood quiet when she Wip that phone out. They were harassing 2 Women! Ya going to catch the right f**kin one!”

What did the judge rule?

The judge has dismissed this defamation lawsuit against the 29-year old star and her sister. He even stated that as for the spitting accusation, there is no proof that Hennessy targetted the plaintiffs. So yea, all charges against Cardi B and her sister are dropped.

FYI, this is not the first time Cardi B has won a defamation suit. Last year, she filed a defamation suit against Youtuber Tasha who ran a malicious campaign falsely accusing her of testing positive for herpes and having substance-abuse issues. 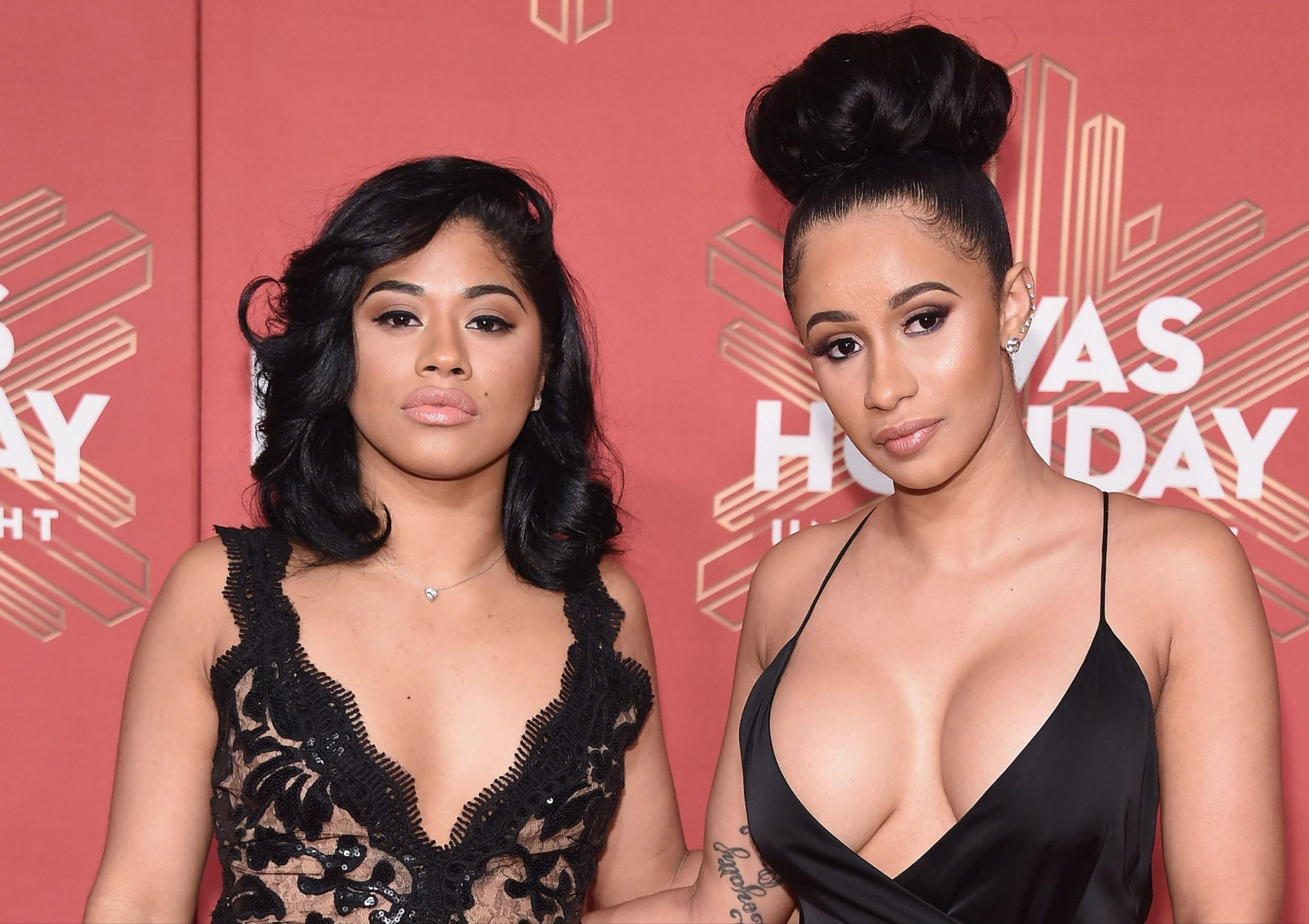 However, the judge sided with Cardi B and ordered Tasha to pay $1.5 million compensatory damages. Now, justice prevails again. Cardi B and her sister Hennessy are free of charges of defamation, assault and battery.

Cardi B’s sister Hennessy Carolina is a media personality and an entrepreneur. The two sisters have always been close to each other. They continue to support each other through thick and thin. What do you think about this judgment?