The year 2023 has come as a shock for the music industry. After Lisa Marie Presley, the news of Robbie Bachman’s death left the industry in grief. The Canadian drummer and founder of ’70s rock group Bachman-Turner Overdrive, passed away at 69 on Thursday (Jan. 12), the same day when Elvis Presley’s daughter died. Read on to learn about his cause of death. Another sad departure. The pounding beat behind BTO, my little brother Robbie has joined Mum, Dad & brother Gary on the other side. Maybe Jeff Beck needs a drummer! He was an integral cog in our rock 'n' roll machine and we rocked the world together. #RIP #littlebrother #family pic.twitter.com/XASj6CVXzA

Robbie Bachman, the founder of the ’70s rock group Bachman-Turner Overdrive, passed away at 69 on Thursday (January 12). He was the younger brother of famous guitarist, Randy Bachman. Often credited as Robin” or “Rob” on the liner notes of Brave Belt and BTO albums, the Canadian drummer was known for his band’s hits like “You Ain’t Seen Nothing Yet” and “Taking Care of Business”.

The news of his death was confirmed by his elder brother and his former bandmate, Randy Bachman, on Twitter: “Another sad departure,” he wrote. “The pounding beat behind BTO, my little brother Robbie has joined Mum, Dad & brother Gary on the other side. Maybe Jeff Beck needs a drummer! He was an integral cog in our rock ‘n’ roll machine and we rocked the world together,” he wrote. However, the cause of death is not yet revealed.

Bachman-Turner Override often referred to as ‘BTO’, became a musical phenomenon in the 70s. At the zenith of their career,  the band’s distinctive brand of “stripped-down, blue collar, meat ‘n’ potatoes rock” hit some of the biggest arenas in the word. From London’s Hammersmith Odeon, to New York’s Madison Square Garden, the Bachman brothers truly rocked the world together. 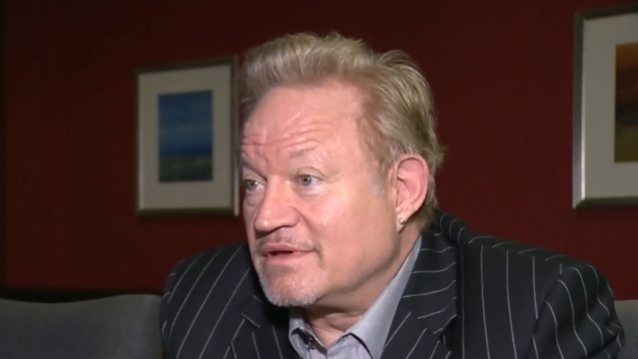 Growing up, Robbie loved practising the drums at home and playing with his elder brother, Randy. At 18, Randy offered his brother a “Brave Belt” drumming job. Back then, other members of this band included Chad Allan and Fred Turner. However, Allan departed in 1972, and the band was joined by their brother, Tim Gregg Bachman, who served as the guitarist and lead vocalist of the band.

“Brave Belt” came to be known as Bachman–Turner Overdrive in 1973, and its funky “gear” logo was prepared by Robbie himself. If you’ve heard this band, you may be aware that Robbie co-wrote one of the band’s biggest hits, “Roll On Down The Highway” with Fred Turner.

The band had its fair share of ups and downs. In 1988, Robbie returned to BTO and stuck with them until they again disbanded in 2005. Then, Randy departed in 1991. After him, Randy Murray was replaced as the guitarist, who toured with ‘BTO’ until the end of 2004.

However, Randy reunited with Fred in 2009 and they recorded a new album, which was released under the name “Bachman & Turner”. While Randy played a pivotal role in the band, “BTO” was never complete without Robbie’s drumming skills. In 2014, Robbie took to the stage with the classic lineup, when “BTO” was inducted into the Canadian Music Hall of Fame.

A decade ago, Robbie appeared in an interview and spoke about the band’s success: We didn’t tell anybody they were wrong or anything was bad or don’t do this. It was basically, have a good time, fun music. Just coming out of the ’70s with the Vietnam War and all the political things going on — in Canada with Trudeau, and Richard Nixon and stuff like that — we just basically had enough of that stuff.”

In their professional career, BTO sold more than 30 million records. The band earned 120 platinum, gold and silver discs, giving hits in more than 20 countries. The band’s “You Ain’t Seen Nothing Yet” and “Not Fragile” earned them a number 1 spot on Billboard’s singles chart. Our heart goes out to Bachman’s family in this tragic time.