Arizona Cardinals cornerback Jeff Gladney was killed in a car accident on Monday, his agent confirmed the saddening news. Even Jeff’s team confirmed the same in a statement on Twitter. He was just 25-years-old. Read on to learn more. 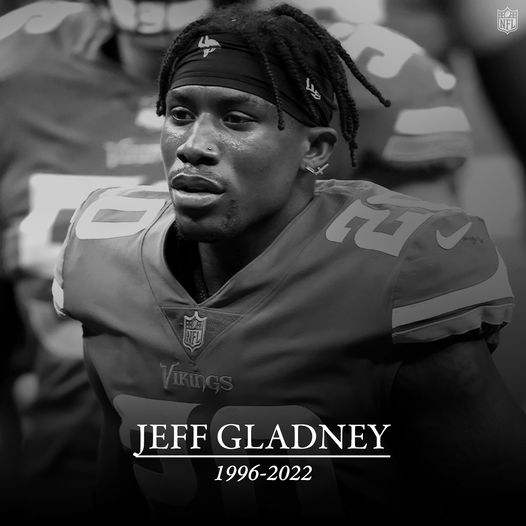 A Tremendous Loss as Jeff Passes Away… Arizona Cardinals cornerback Jeff Gladney died in a car crash early Monday morning in Dallas. He was 25. Jeff’s agent Brian Overstreet confirmed the saddening news by saying, “We are asking for prayers for the family and privacy at this most difficult time.”

Cardinals also released a statement confirming this news. They tweeted, “We are devastated to learn of Jeff Gladney’s passing. Our hearts go out to his family, friends, and all who are mourning this tremendous loss.” The fatal crash happened around 2:30 a.m. in the westbound services lanes of Woodall Rogers Freeway at Allen Street, the Dallas County Sheriff’s Office revealed. It has come out that a female passenger also died in the accident. The cause of the crash remains under investigation.

My last words with you bro pic.twitter.com/PGn3gyauCg

Gladney made headlines as a star defensive player at Texas Christian University and was a first-round draft pick for the Minnesota Vikings in 2020. Several of Gladney’s former college teammates offered condolences on social media.

Just 25. He had just bought his mom a home. RIP. https://t.co/NNPDkUpNPq

“Our TCU Athletics family, and especially our football program, was very devastated to learn of the passing of Jeff Gladney. After earning his degree and continuing his playing career in the NFL, Jeff maintained his close ties to TCU. He loved everything about his alma mater.

Jeff Gladney was 25. Such a young man with such a bright future. Please everyone be mindful and respectful of Jeff, his family and his loved ones. Tremendous loss. Rest in Paradise Jeff.

He added, “Jeff was a frequent visitor to campus and was at our spring practices and spring game this year, proudly joined by his young son. He will be missed by our entire community. Our thoughts, prayers and deepest condolences go to Jeff’s family, friends and TCU teammates.”

Rest In Peace Jeff. Prayers to you and your family.

Cardinals’ defensive end JJ Watt reacted to the “horrifying” news on Twitter as well. “Just tragic”, JJ tweeted. Gladney’s cousin Sharonda Francois told in an interview that “He was very loved by us all. He was an all-around good kid and his contagious smile is what he was known for.”

Gladney had just signed with the Arizona NFL team in March. He had been cut from the Minnesota Vikings roster last year, following an assault charge. According to ESPN, he was found not guilty by a Dallas jury in March and signed with the Cardinals shortly after. Gladney left behind his family and a 1-year-old son from a previous relationship.