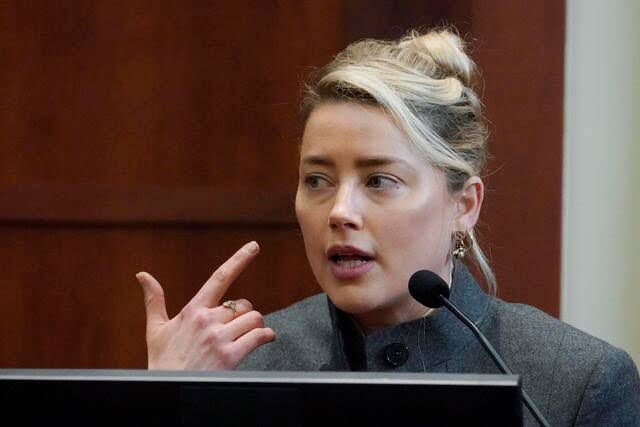 Jurors in the ongoing defamation trial between Johnny Depp and Amber heard audio of the couple bickering about recording each other without permission. Amber is heard saying that they have gotten into the habit of doing as their relationship unravelled.

Johnny said,  “You’re not a f—ing school teacher! “You’re ain’t nobody’s mom! You don’t exist!” But an important question lies here why didn’t she play the entire recording and a fraction of it? Heard also told the court that the argument was about whether it was OK to record each other without consent.

Amber also testified that August 2015 was a very difficult time when she got an offer to do a job which was a problem for Johnny as James Franco was a part. She kept on alleging that Johnny stopped her from performing.

Yes, Amber has alleged Johnny of being a jealous man. She also alleged that Johnny punched her in the jaw and she tripped on furniture, and as a result, she sustained a concussion. During her testimony, several objections from Depp’s legal team were overruled as the judge was keen to hear Amber’s version.

A question was asked about Johnny’s folder on his computer which included pictures of Amber being in inappropriate clothing. She also spoke about the cuts on her arms and alleged that Johnny never asked her about those scars.

Johnny Choked on his Vomit 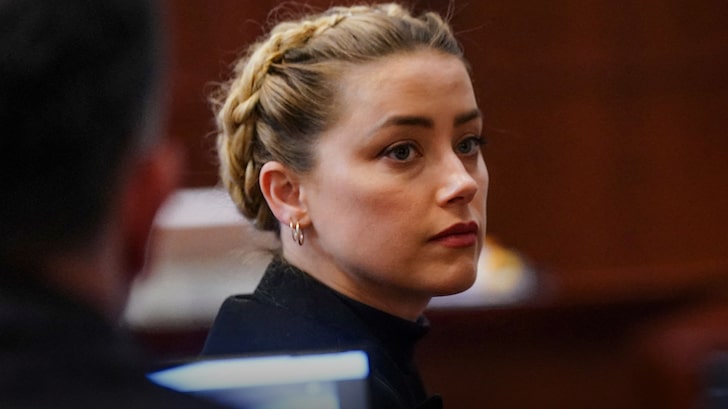 Later in the testimony, the court heard another audio recording capturing a conversation between Heard and Depp, in which she said she thought her husband choked on his vomit.

In her testimony, Amber Heard revealed that she almost called 911 in New York because she thought he had inflicted some self-harm. She went on making such baseless allegations without solid proof.

There was a question posed regarding a September 2015 video. Johnny went to drink downstairs at their bar and started drinking. She said that Johnny would pass out and vomit at times. She said that she didn’t want him to choke on his vomit.

Johnny Amber revealed that she became wary due to medical advice and repeated doing the same to Johnny. In a recording, Johnny is seen confronting Amber confronting her for punching him. Amber can be heard calling him a “baby”.

When asked, Amber revealed that this conversation is about the disparity between their physical fights. She also said that it’s nothing but talking about the difference between punching each other and how Johnny has more power over

A series of recordings have been played till now and there is nothing substantial against Depp. She continues to allege Johnny of physically abusing her. Are you watching her testimony? Keep reading for more updates.

Amber also revealed that Johnny flung her down the stairs during the time of a party. When she went into the bedroom, Johnny came and picked up the decanter and threw it at her, but missed attacking her.

Amber said that she wanted to go down and she changed her shirt. She said she went back to the party and put on her face in front of guests as if nothing happened. Regarding December 15 incident, a picture of Amber’s bruise was showcased and she alleged Johnny of hurting her. 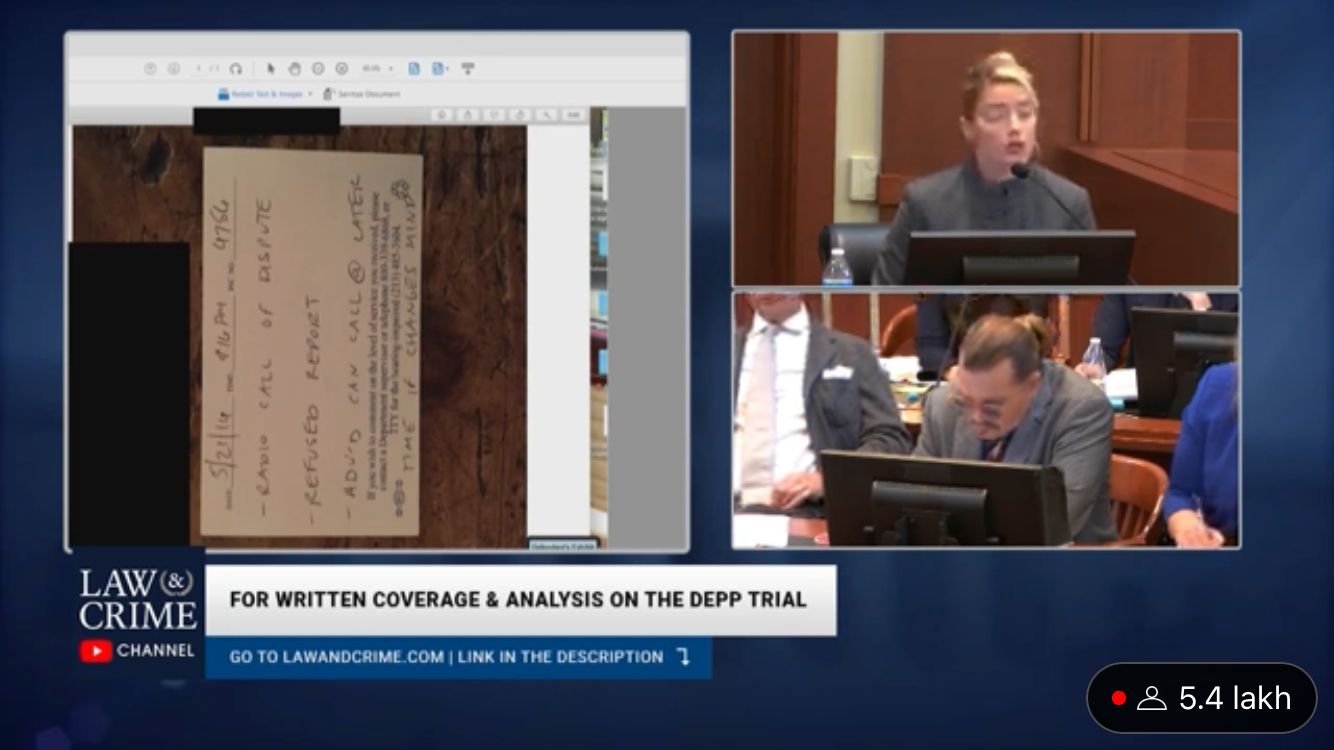 As for the Bahamas holiday incident, Amber revealed that Johnny’s sobriety fell apart and he stopped contacting medical officials as they fired him. She alleged that Johnny was hallucinating.

Amber even accused him of communicating with people who were not even there. This comes from a woman who herself is evaluated with an HPD. She said that Johnny was completely delusional.

As for the February 2016 incident, she revealed that Johnny showcased terrifying behaviour. Later, Amber was asked if she had any physical contact with Johnny, and she denied the same. Amber continued to hit Johnny with allegations of being delusional, something that Johnny proved before the court regarding Amber Heard.

Amber was asked about a red carpet event in NYC wherein she was invited by designers. She revealed that she didn’t know if Johnny would appear as he threw her phone and she couldn’t access it.

Amber revealed that she ended up going alone and met a gentleman there. Guess what? It was non-other than Elon Musk. She said she did not know Elon when she first saw her. Now, can we believe this? Heard said that they spoke on the red carpet and he seemed like a real gentleman and he sat at a nearby table. That’s how they became friends.

An important piece of evidence was shown to Amber wherein there was proof regarding the use of illegal drugs. She said she never consumed those. However, she did consume cocaine at the age of 18 but stopped when she got into a relationship.

There was also mention of Amber’s history of having mental conditions like anxiety disorder, eating disorder, diagnosed with bipolar disorder. She denied all such allegations that were present in the exhibit. When questioned about if her “mood was labile”, she said it was not her but Johnny.

Amber said Johnny just talked about faeces when her marriage with Johnny was falling apart and that she wanted to support Johnny as his mother had passed away. She said that he even shouted at her friend who was on the phone. Amber continued to allege Johnny for being abusive without any substantial proof. 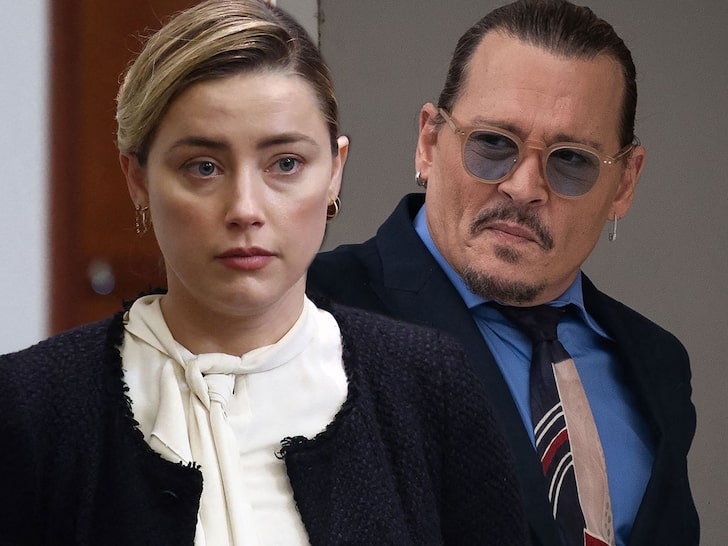 Amber’s team stated in an interview during the court break, “The one thing we suspect Depp’s attorneys will avoid is the central issue of this trial: does Amber or any woman have the First Amendment Right of freedom of speech.”
The freedom of speech argument seems a little off because this is a defamation case, and the law is clear.  If someone lies bout someone else and that lie causes damage to a person’s reputation, it’s not protected speech. That’s the issue before the jury.

Amber’s testimony is still going on as she wipes her eyes when she has not a single tear in them. The judge may have overruled objections, but Amber has no proof to support her testimony

Amber’s team could end their questions today which would allow attorneys for the plaintiff, Johnny Depp, to begin their cross-examination of the defendant. What do you think about day 16? Dramatic, eh?