Right-wing conspiracy theorist Alex Jones’s lies have cost him a whopping $1 billion as the Connecticut jury delivered its decision on Wednesday (Oct. 12) in the Sandy Hook Mass Shooting case. Alex, who previously claimed that the Sandy Hook incident was staged, has been ordered to pay $965 million in compensatory damages.

In a punishing award, the Connecticut jury finally reached its decision after the weeks-long trial that recalled the victim families of the serious harm inflicted by the conspiracy theorist’s constant lies. Jones is ordered to pay eight families of the Sandy Hook Elementary School shooting victims and one responder $965 in compensatory damages.

The decision puts an end to a rigorous legal battle which began in 2018 when the families of the Sandy Hook Mass Shooting victims knocked on the doors of the court against Alex Jones and his company, “Free Speech Systems”. Following the 2012 mass shooting, wherein 26 innocents lost their lives, Alex continuously claimed that the incident was staged and referred to the families and first responders as “crisis actors.”

As for the rightful judgment, the plaintiffs’ attorney, Christopher Mattei, urged the jurors to award at least half a billion dollars to the victims. This was computed based on the amount Jones received online through his lies. 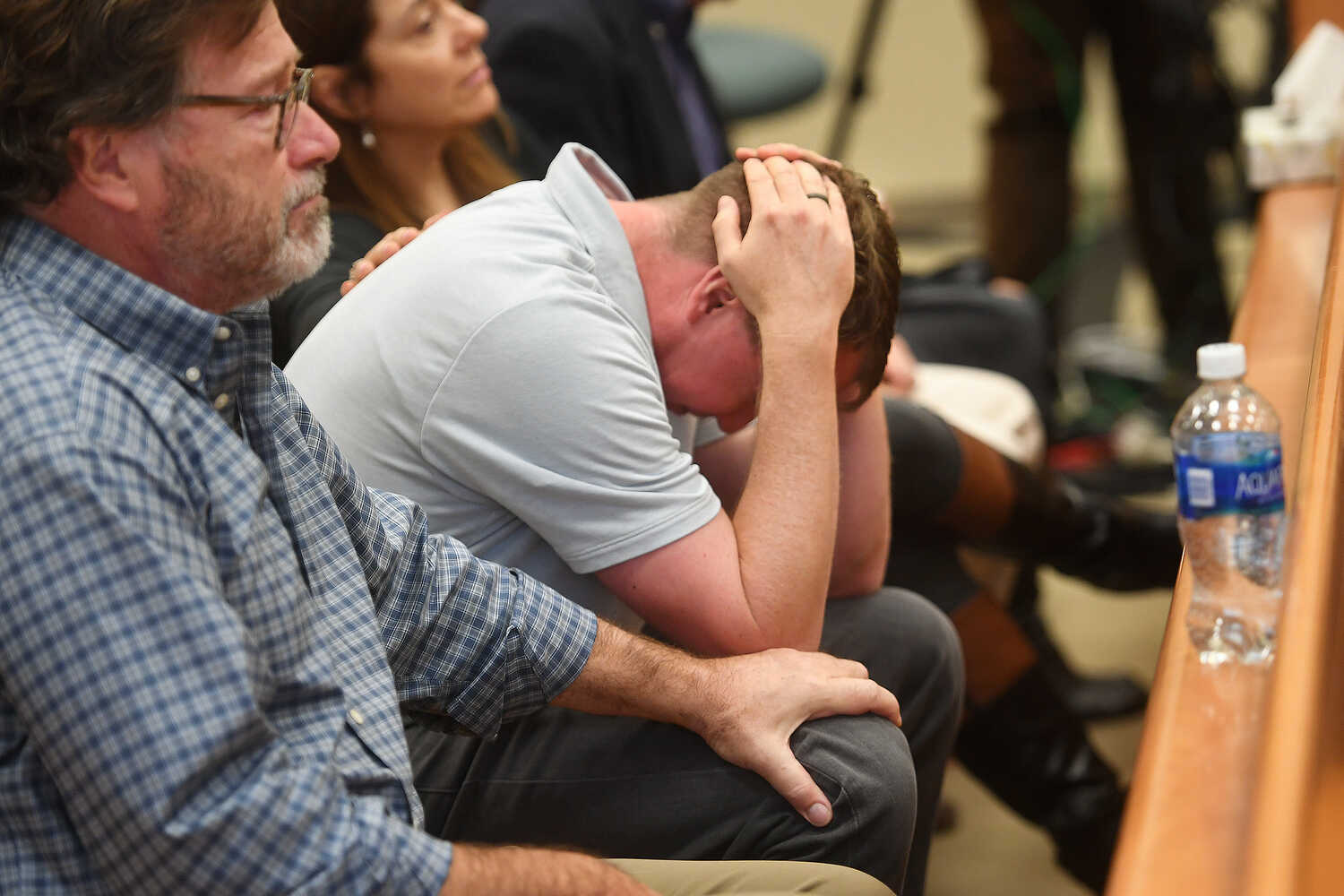 Mattei stated, “You may say that is astronomical. It’s exactly what Alex Jones set himself up to do. That’s what he built. He built a lie machine that could push this stuff out. You reap what you sow.” On the other hand, the dead principal’s daughter Erica Lafferty stated: “There will be more Alex Jones in this world, but what they learned here today is that they absolutely will be held accountable.”

What Happened At Sandy Hook? 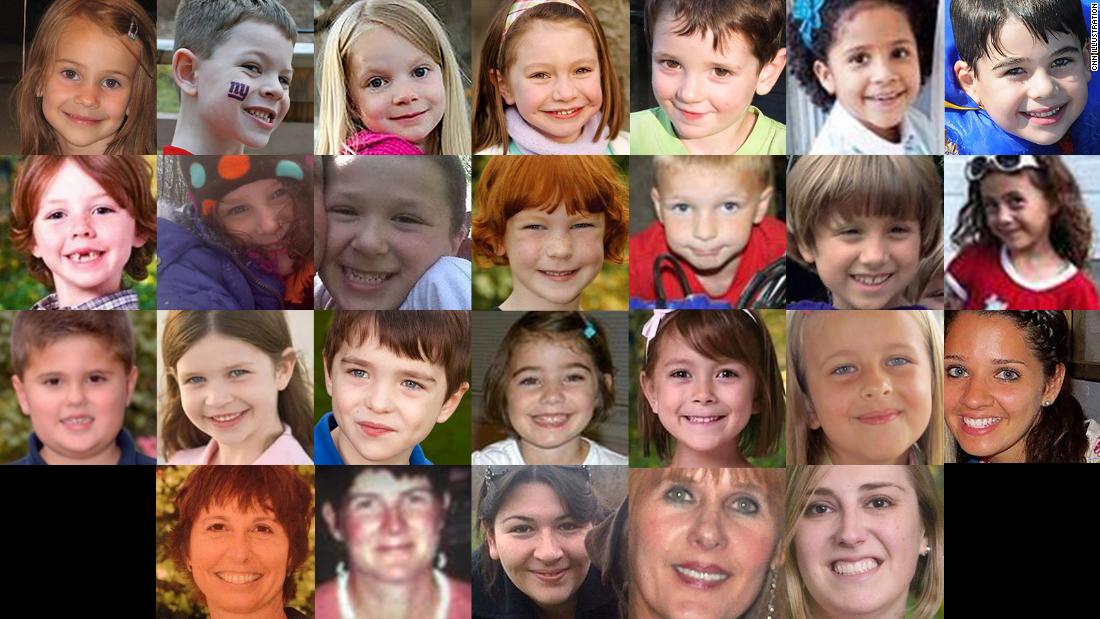 The Sandy Hook Elementary School Mass Shooting is remembered as the fourth deadliest mass shooting in the history of the United States. On December 14, 2012, 20-year-old Adam Lanza stormed into the Sandy Hook School in Newtown, Connecticut, shooting and killing 26 people. This included children between the age group of six and seven, while six others were staff members. Before this, he shot and killed his mother at his home.

However, when the “first responders” (including an FBI agent)  arrived, Adam committed suicide by shooting himself in the head. The incident ignited a global debate about gun control laws in the United States, but nothing much hasn’t been done so far. Sadly, the U.S. continues to face deadlier mass shootings now and then.

In May 2022, a similar incident happened when Salvador Ramos, a monstrous 18-year-old Ulvade High School student, reportedly shot his grandmother and then conducted a mass shooting at a Texas elementary school. Ramos also posted on his social media that an attack could be coming, but no steps were taken and as a result, 19 students and two adults were brutally killed at Robb Elementary School in Uvalde, Texas.

Alex, The Monster, Plans To Appeal… Alex Jones’ lies did more harm to the families than we could have ever imagined. In one of the tearful testimonies from the families, Erica Lafferty, who is the daughter of the slain principal of the Sandy Hook School, testified in the courtroom how people poured abusive comments on social media. She was even mailed rape threats to her house. Another witness revealed that Alex Jones urinated on the grave of his dead son, Daniel (7), and threatened to dig up a coffin.

Strangers showed up at their homes to record them. People hurled abusive comments on social media. Erica Lafferty, the daughter of slain Sandy Hook principal Dawn Hochsprung, testified that people mailed rape threats to her house. Mark Barden told of how conspiracy theorists had urinated on the grave of his seven-year-old son, Daniel, and threatened to dig up the coffin.

While it has not yet been decided as to how much money the plaintiffs will ultimately receive, Alex Jones has expressed his desire to appeal the decision. During the verdict, the 48-year-old conspiracy theorist wasn’t present in the court but appeared live. However, he spent no time in mocking the court’s decision on his Infowars show and used it as a medium for a fundraiser.

If you are not aware, Jones, who initially called the tragic mass shooting a hoax, later accepted that the massacre indeed occurred after facing multiple lawsuits. The plaintiff’s attorney released a statement following the righteous verdict:

“The jury’s verdict is a testament to that courage, in a resounding affirmation that people of goodwill, dedicated to the truth, mindful of their responsibilities to their fellow citizens can come together to protect the innocent, to reveal lies masquerading as truth, and to set right a historic wrong.” If you aren’t aware, the decision in this matter arrives two months after a separate jury in Texas decided that Jones and his company must compensate two parents of the victims, who sued him for nearly $50 million. Following yesterday’s judgment, the punitive damages, in this case, are yet to be decided under Texas law.

As for Adam Jones, the right-wing conspiracy theorist made a mockery of the system during this weeks-long trial. If you’ve followed the hearings closely, you may know how he accused the plaintiffs’ attorney of “ambulance chasing”, and throwing constant rants at “liberals” in front of the judge.

Not only this, but Jones also attacked the judicial process, calling the proceedings those of a “kangaroo court” and even addressed the judge as a “tyrant”. At one point, the judge even warned Alex that he could be held in contempt of court. While we know what will be the fate of his appeal, one thing is sure, such people deserve harsher punishment than just “compensatory damages”.