Her health condition was not good for the last few days and she was hospitalized in Mumbai’s Hiranandani hospital. 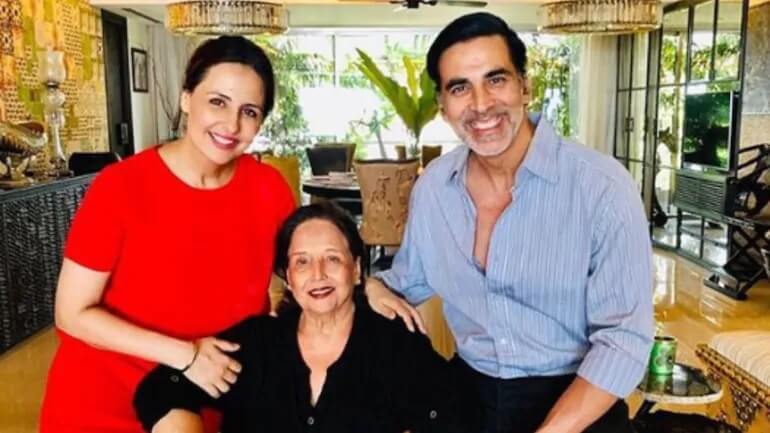 Akshay Kumar shared the tragic news of losing his mother on the social networking platform Twitter with his followers and requested his followers to pray. 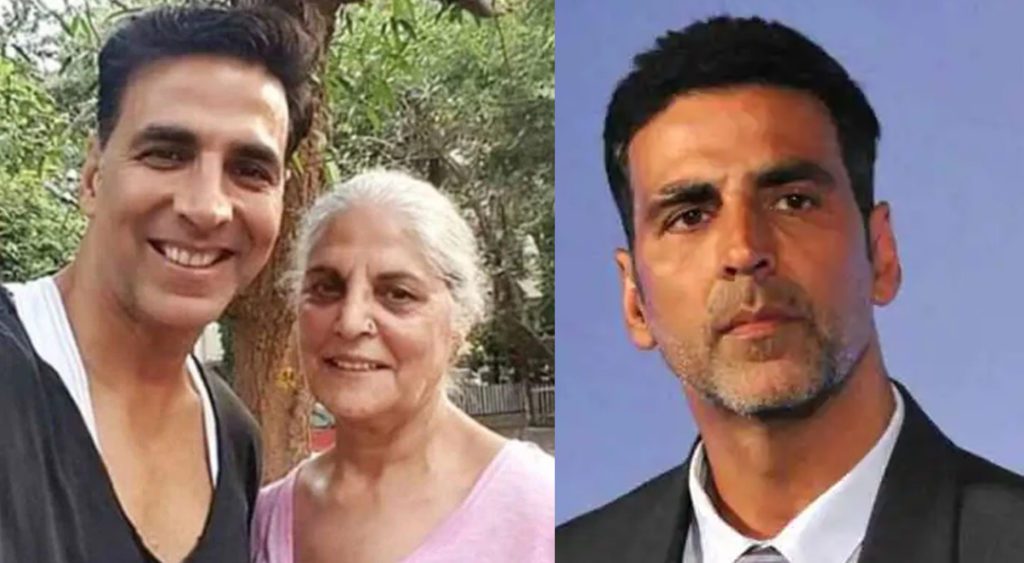 Akshay took to Twitter to express his heartfelt message by writing, “She was my core. And today I feel an unbearable pain at the very core of my existence. My maa Smt Aruna Bhatia peacefully left this world today morning and got reunited with my dad in the other world. I respect your prayers as I and my family go through this period. Om Shanti.”

Check out the tweet posted by Akshay Kumar on social media:

She was my core. And today I feel an unbearable pain at the very core of my existence. My maa Smt Aruna Bhatia peacefully left this world today morning and got reunited with my dad in the other world. I respect your prayers as I and my family go through this period. Om Shanti 🙏🏻

Aruna Bhatia was born in the city of Amritsar in Punjab and she was one of the most popular film producers in India. She was 78 when she took her last breath.

When Akshay Kumar’s mother was admitted to ICU (Intensive care unit) it was reported that he was shooting in London for his upcoming movie ‘Cinderella’ and returned back to Mumbai on Monday i.e. 6th of September.

The ‘Bell Bottom’ star took to his Instagram handle on Tuesday ( September 7) and shared a post concerning his mother’s health. He wrote, “Touched beyond words at your concern for my mom’s health. This is a very tough hour for me and my family. Every single prayer of yours would greatly help.”

Akshay Kumar has a huge fan following on various social media platforms like Twitter and Instagram. Following the news of his mother’s death, his fans and friends from the film industry poured in with their condolence messages to the actor for losing his mother.

This year on the eve of Mother’s Day Akshay Kumar was seen with his mother in a post which he shared on Instagram wishing his mom with a caption in Hindi as “Maa warga koi nahi”.

According to a leading media publication, “The actor’s mom has been unwell for a few days and is in the ICU at Mumbai’s Hiranandani Hospital. Akshay is extremely attached to his mother and could not stay away from her while she’s not well, so he decided to fly back to India in a sudden decision.

Even as he has flown back to be with mom, he has told his producers to carry on shooting with scenes that do not require his presence. All other work commitments of his also continue.”