Actor Dilip Kumar Admitted to Hospital after Complaint of Breathlessness

Veteran actor Dilip Kumar has been rushed to hospital after he complained of breathlessness. As per hospital sources, he has been admitted to the intensive care unit (ICU) of Hinduja hospital, a non-COVID-19 facility as a “precautionary measure”. The legendary actor is doing fine as per the Press Trust of India (PTI).

Almost 10 days after his discharge, he has been again admitted to the hospital yesterday. According to PTI, the actor was admitted on Wednesday, June 29, and is currently doing fine.

Dilip Kumar Admitted To Hospital due to Breathlessness 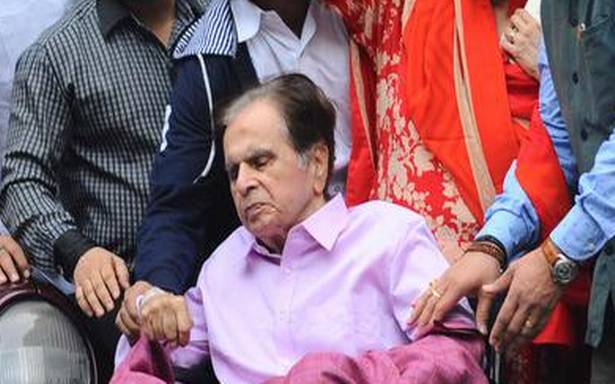 The hospital insider told PTI, “He was admitted yesterday during the day due to breathlessness. Given his age and recent hospitalization, the family decided to take him to the hospital as a precautionary measure. He is fine. He is in the ICU so that the doctors can monitor him.”

The 98-year old actor was earlier admitted to the same hospital on June 6 following complaints of breathlessness. The actor then got diagnosed with bilateral Pleural effusion which is also known as ‘water on the lungs’ i.e., a situation where excess fluid builds up between the layers of the pleura outside the lungs. However, Mr. Kumar went through a pleural aspiration procedure then and got it done successfully.

On June 11, the actor’s family friend Faisal Farooqui shared a health update of the actor by heading to Dilip Kumar’s Twitter account. He shared the post by writing, “With your love and affection, and your prayers, Dilip Saab is going home from the hospital. God’s infinite mercy and kindness through Drs. Gokhale, Parkar, Dr. Arun Shah and the entire team at Hinduja Khar.”

Even last month, the actor got admitted to the same hospital following bad health. He was under observation for 2 days and then discharged.

The great actor Dilip Kumar has touched the hearts of the audiences with his amazing performances. His acting which spans over a period of five decades involves mega-hits like Devdas, Mughal-e-Azam, Ram Aur Shyam, Ganga Jamuna, Kohinoor among others.

Let us wish the legendary actor Dilip Kumar a speedy recovery. We will keep you posted with more timely updates about the actor’s health. Until then, stay connected!