The defamation trial between Johnny Depp and Amber Heard may have been completed but the legal drama continues to haunt “The Pirates of the Caribbean” star. The American Civil Liberties Union has sued Depp, demanding he pays their legal bills after dragging them into this fierce defamation trial. Read on to learn more about ACLU’s role in this trial. 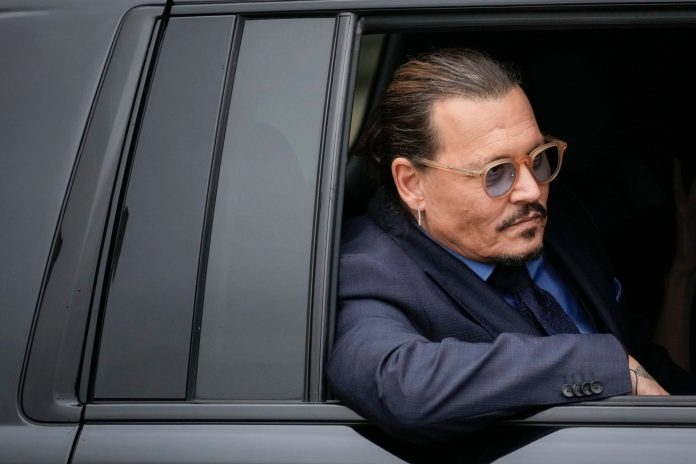 The American Civil Liberties Union, a famous non-profit organization came to light when Johnny Depp demanded that ACLU must turn over records related to donations made by his ex-wife.

FYI, Amber Heard has promised to donate $7 million from her divorce settlement to two charities. The Aquaman The star had to pay $3.5 million to the ACLU and Children’s Hospital Los Angeles. Well, much amount remains pending as Amber has cited that expensive legal bills refrained her from making such donations.

However, the ACLU refused to voluntarily surrender documents related to the case, so Depp asked the judge to legally compel them to respond and his request was granted. During that time, Heard said that all money would be donated by 2018.

While standing on the podium at the ongoing trial in Virginia, an ACLU representative said Heard had paid only $1.3 million of the $3.5 million promised. ACLU General Counsel,  Terrence Dougherty, testified that $100,000 of the $1.3 million came directly from her ex-husband Depp. You won’t be surprised to know this but based on an email from Elon Musk, the court was told that $500,000 came from a donor-advised fund linked to Musk and yet it was recorded as a donation from Heard.

While on the stage, Amber Heard admitted that she had not made the payments in full but said she intended to honor her pledge. The actress claimed that her plan was delayed because Depp kept dragging her to court and her legal bills were expensive. Now, ACLU is suing Depp to pay their legal fees for preparing such documents. Weird, isn’t it?

Why is ACLU Suing Depp?

ACLU refused to voluntarily hand over documents pertaining to the case, so Johnny Depp asked a judge to to legally compel them to respond ~ his motion was granted.

Now the ACLU wants Johnny Depp to reimburse them $86,253.26 for time taken preparing & submitting the docs.

The ACLU has now gone to court demanding that Johnny Depp pay his legal bills following them being dragged into the defamation trial against his ex-wife. The non-profit organization has offered the representative to refund them $86,253.26 for the time it takes to prepare and file documents.

The American Civil Liberties Union also claimed that it had to review 7,500 documents and hand over 2,000 documents to comply with a subpoena. The non-profit organization claims that Depp must reimburse them for “significant expenses spent responding to onerous subpoenas filed by Mr Depp from a basic procedure in which none of The parties. The American Civil Liberties Union or any of its employees are parties.”

Not just this, The ACLU forwarded three witnesses, including its CEO, to more than sixteen hours of testimony. Mr Depp rejected many compromises to reduce the burden and expense on the ACLU and its staff.

The ACLU said it provided Depp with all the documents he requested and their attorney argued that “while they can’t get back the significant time they spent responding to Depp’s subpoenas and disrupting their work,” they “deserved” the compensation.

With a seven-member jury having to sort through six weeks of arguments, allegations and evidence, the Virginia jury continued deliberations for a second day on May 31. The verdict is awaited but in the meanwhile, Depp has to wait for another verdict regarding the recent suit filed by the ACLU. What do you think about this?