‘Kim Jung Gi,’ a well-known artist, died today. At the age of 19, this aspiring artist enlisted in a Fine Arts School. Where he majored in Art and Design. He is one of the most gifted and acclaimed artists the world has ever seen.

His official website penned, “Kim’s most notable creative asset is his memory, something he has developed over a number of years. His ability to render extremely complicated scenes near-perfectly from memory, without the aid of references, has stretched the boundaries of what many artists believed was possible.”

The artist also holds the record for “Longest drawing by an individual” in the Guinness World Records book. And it’s unbelievable to process the news of his passing. 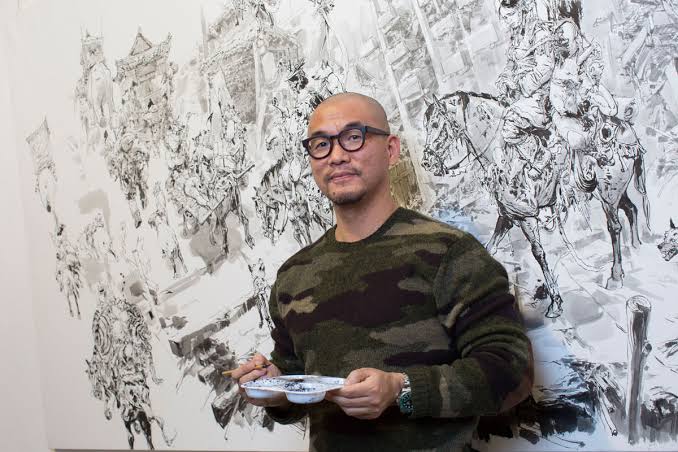 The artist died of a heart attack at the age of 47. He died on October 3, 2022. After finishing his last schedule in Europe, Jung Gi arrived at the airport to fly to New York.

After that, he started feeling chest tightness & pain and was taken to a nearby hospital to undergo surgery, according to reports. And then, sadly, he passed away.

The tweet reads, “It is with great sadness and a heavy heart that we inform you of the sudden passing of Kim Jung Gi. After finishing his last schedule in Europe, Jung Gi went to the airport to fly to New York, where he experienced chest pains and was taken to a nearby hospital for surgery, but sadly passed away.

After having done so much for us, you can now put down your brushes. Thank you Jung Gi.”

The place ’Daniel Maghen Gallery’ also penned, “It is with great sadness that we inform you of the death of Kim Jung Gi on Monday evening in Paris. The South Korean artist died after a heart attack at the age of 47.

His sudden disappearance contrasts with the immense happiness he brought us. We are speechless. Daniel Maghen, the entire gallery team, and particularly Olivier Souillé, who had accompanied him for ten years, are terribly affected by his loss.

All our thoughts are turned to his family, his wife and his two children, his friends, his collaborators Kim Hyun Jin, Boin Lee, Jean-Christophe Caurette… and his fans, for whom his disappearance will leave a great void.

At the request of his relatives, the exhibition dedicated to Kim Jung Gi, presented at the Daniel Maghen gallery, will continue until October 8, 2022.”

He was a great artist who also wrote a number of short stories and had exhibitions of his creativity. Kim has six sketchbooks in print, totaling approximately 4,500 pages of drawings over a 12-year period. He’s worked in a variety of industries, including movies, music, and government. 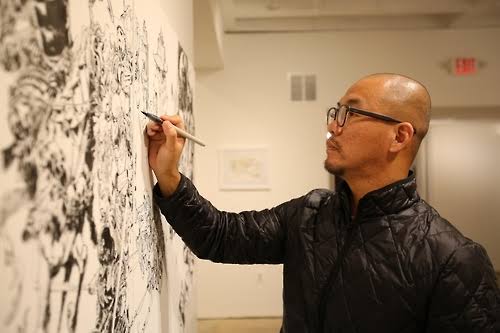 It’s definitely upsetting and unbelievably stressful news. Our prayers are with Kim Jung Gi’s family. You are welcome to pay your tributes in the comment section below. He will forever be missed & remembered.