150 Days Jail: Who is Jussie Smollett and why is he Sentenced?

Justice is served! A Chicago court sentenced Jussie Smollett to 30 months felony probation, which will include 150 days in jail. The sentence comes as a consequence of his fake portrayal of a hate attack. The former Empire star took a step further in times when hate crime is an actual problem. Jussie Smollett shocked his fans and the entire black community by staging a fake hate crime attack against him.

The 39-year-old actor lied to the Chicago police about a homophobic attack in an attempt to boost his ailing career. Jussie’s step comes as a shameful act against the sentiments of actual victims. Let’s get to know who Jussie Smollett is. Who is Jussie Smollett? The 39-year old gay is an American actor and singer. Jussie started his career as a child actor in films like The Mighty Ducks (1992) and North (1994). He rose to fame with the character of Jamal Lyon in the Fox drama series Empire.

Jussie has also done a science fiction film Alien: Covenant (2017) and another film Marshall (2017). He also directed a movie B-Boy Blues based on a black gay novel. After that, his career went for a toss.

He cites this as a reason for portraying a fake homophobic attempt against himself. However, Jussie’s fans still call him innocent. He has around 4.4 million followers on Instagram.

Jussie Smollett was born in Satna Rosa, California, USA. He has two siblings Jurnee Smollett and Jake Smollett. Jurnee Smollett is also an American actress who starred in movies like Birds of Prey. Jussie’s brother Jake started his acting career as a diaper model.

Jussi Smollett was born to Janet and Joel Smollett. FYI, his father was Jewish (his family immigrated from Russia and Poland), and his mother is African-American. The family also runs a food show Smollett Eats based on family-style meals.

They’re a family of actors with Jussie recently earning the fame of a hoax actor, all thanks to his shameful portal of a fake attack. You may not know this but Jussie used his trainers as two masked men for the said attack. And yea, they’re more than friends. He attended a gay bathhouse with one of the Nigerian personal trainers.

Jussie Smollett declared himself gay during a televised interview with Ellen DeGeneres in 2015. In 2016, he clarified his sexual side by saying “If I had to label myself, I would label myself as a gay man.”

He believes that openness to love is more important than gender. He meant that if he falls in love with a woman, he would love her too. Well, no matter how open your thoughts are, boy you went way too ahead to mend your career with this fake attack. 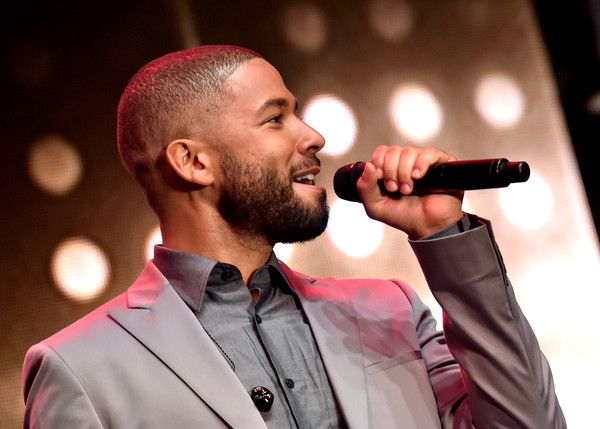 Jussie’s music career includes one album “Sun of my Music” (2018), one EP “Poisoned heart Clubs” (2012) and around 18 singles like Goog Enough”, “Keep Your Money” and “No Apologies” featuring Yazz. Jussie Smollett is finally sentenced to 20 days in prison for the 2019 fake hate crime. The sentence includes:

The judge has also denied a motion to reconsider Jussie Smollett’s sentence. Therefore, his imprisonment starts immediately as the appeal for a temporary stay gets dismissed.

Jussie Smollett portrays a very different life on his social media. He posts inspirational messages and speaks for rights. Moreover, he earns decently and has a stable family. What made him commit such an act? What do you think about the sentence?