A preteen rape survivor received the legal right to abort the foetus at 7 weeks of her pregnancy in Brazil, after requesting it for the past 1 month. This sparked rage over the inadequate abortion rights legislation in the nation. 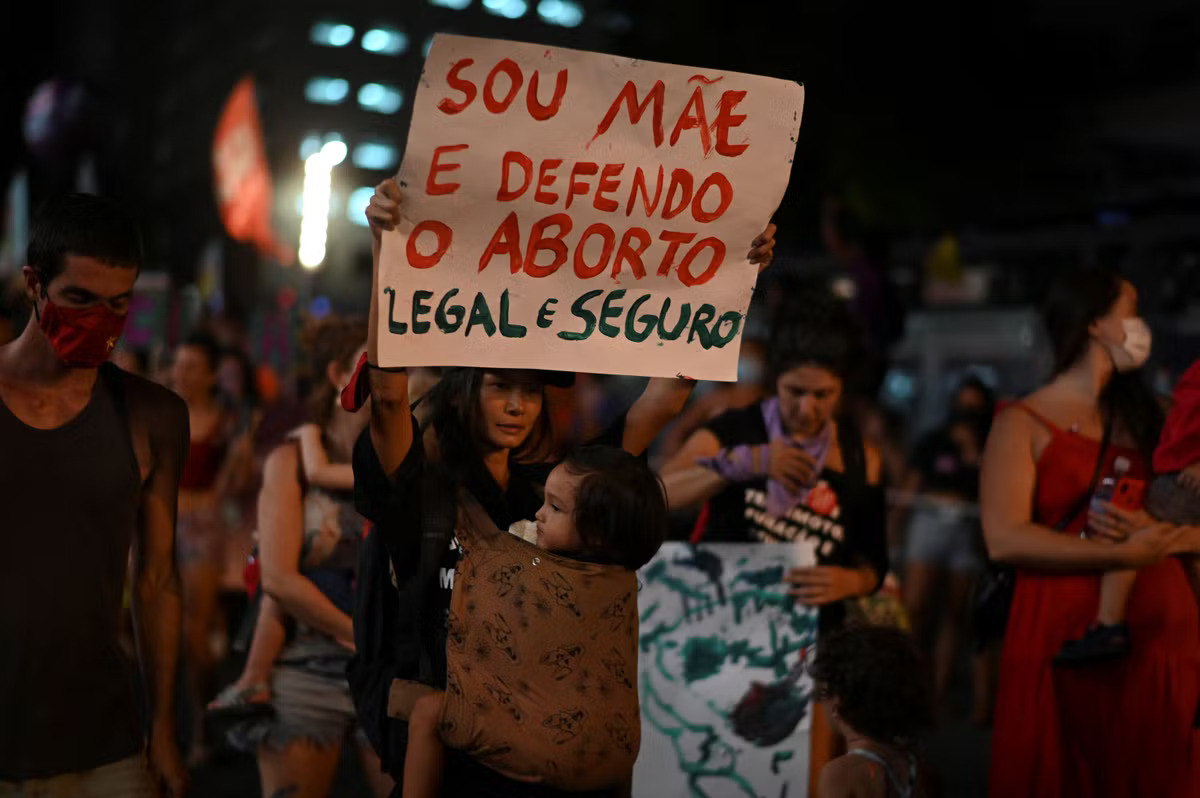 When it comes to abortion that too after a rape, the judiciary around the world just surprises us every time and the claims of the judges such as “hold on a little more” as it was in this case just reflect on the sad mentality of the people.

an 11yo little girl was denied abortion here in brazil after being raped, she had to carry the pregnancy until the seventh month of the gestation and I don't see y'all talking about it but I guess the problem only matters when happens in the EUA 🤷🏻‍♀️ https://t.co/8HoD0HUKdv

The young girl appealed to the court last month when she was 22 weeks pregnant and doctors refused to conduct the abortion saying that the duration of the pregnancy is not apt, as said by her lawyer Daniela Felix.

After the 7th month, the Polydoro Ernani de Sao Thiago hospital finally reacted to the  “measures to interrupt the minor’s pregnancy” following a formal request made by the family of the girl as stated by Brazil’s southern state’s federal prosecutors on Thursday.

It was on Wednesday night that the 11-year-old child who denied giving birth but due to the pressure from the authorities could not get the abortion finally received the right.

At the tender age of 10, the girl was raped but turned 11 when she got to know about her pregnancy.

The thing which fired the wave of the public dissent and agitation was the methods and the remarks of the judge overhearing the case and the way she denied the request of this 11-year-old girl to get an abortion.

Judge Joana Ribeiro Zimmer, in a hearing on the 9th of May, went to the extent of asking the girl whether she understands how pregnancies happen and also suggested that she sold “hold on a little more” to protect the foetus, all of this was revealed in a video of the court proceedings.

Brazil only allows abortion for rape, risk to a mother's life or anencephaly.

For rape, doctors must tell police (with or without consent) and show survivors an ultrasound first.

Unsafe illegal abortions are punishable by 1-3 years in prison, but 500K people seek them per year. pic.twitter.com/7UX49Gdbto

What fueled the rage was that the judge separated the girl from her family and passed an order to keep her in a state shelter as she backed the doctors who denied the abortion request of the girl.

The Human rights groups and the magistrates even expressed that Ms Zimmer should be removed from the position of the judge since the case was widely reported in Brazil.

The judge responded and said that she “will not speak about parts of the hearing”, which she claimed, “were illegally leaked”.

The Action Against the Judge

The judge who overheard the case is now under investigation on the pretence of stopping the preteen from getting access to abortion and the request to terminate her unwanted pregnancy, as said by the officials of Brazil’s judicial watchdog agency.

One of many unintended consequences of overturning Roe — conservatives everywhere can use abortion as a wedge issue, riling the base.

Brazil allows abortion in cases of rape. In a case now under scrutiny, victim is an *11 yr old child*.

The council released that the investigation into this abortion case has been launched on Thursday. In response to this, Ms Zimmer expressed that she will remain silent to assure the due and full protection to the child”.

The case has developed a political angle to it with president Jair Bolsonaro’s son being in support of Ms Zimmers’s decision and agreeing that she did the right thing.

“You should bear in mind the first ones to stop this abortion were in a medical team. Respect science,” lawmaker Eduardo Bolsonaro said.

Though eventually the abortion right was granted, the trauma through which the victim went could not be gauged and this is what upsets the public the most.