Zendaya Wears Knee-High Boots With Black Dress For A Day Out In N.Y.C.

During a recent trip to New York City, Zendaya enjoyed a day out. Having just walked down the streets of New York City wearing an incredibly sexy black dress, she just made the streets her runway.

The 26-year-old actress, who is starring in Spider-Man: No Way Home, couldn’t help but smile as she stepped out on Wednesday afternoon on Sept. 7 to run a few errands while she was on the set of the movie in New York City. 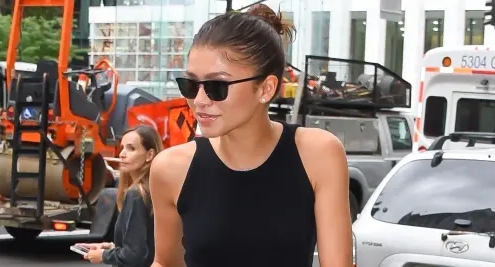 With A Sleeveless Number And A High Slit, The Actress Stunned

Zendaya, a 26-year-old from New York City, made her way down the streets dressed to the nines in a slew of black dresses to showcase her style. During an outing in the Big Apple on Sept. 7, the actress looked stunning in a strapless slinky dress with a high slit, wearing a pair of chunky boots that are on-trend and go all the way down to her knees. 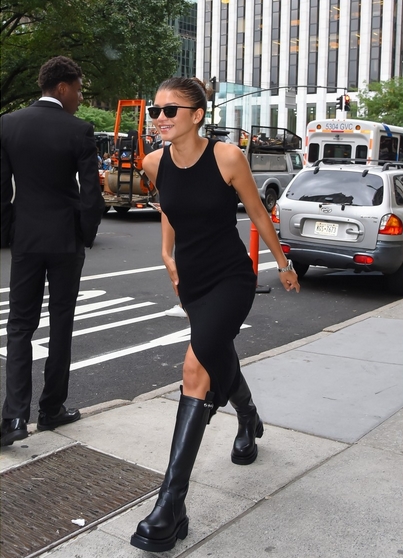 A sleek top-knot bun was the perfect way to keep Zendaya’s stylish look as straightforward as possible while also allowing the brunette strands of her hair to stay in place. It was also important to her that she wore only the most essential accessories for her shopping trip, which included a pair of black sunglasses, a silver wristwatch, and a simple chain necklace when it came to her accessories.

On Sept. 1, She Celebrated Her 26th Birthday

On her 26th birthday, despite still being surrounded by the birthday glow, the actress looked as if she had not shed that glow when she celebrated her 26th birthday a few days ago, September 1. Zendaya, who has more than 151 million followers on Instagram, shared a cute picture of herself as a child on her official Instagram account on Sept. 2 to thank all her followers for their good wishes.

The actress has written, “I get to spend the day responding to the most beautiful messages (sorry I’m a little late) thank ya’ll for filling my heart with so much love, I couldn’t be more grateful Here’s to 26!”

She also included a photograph of a tiny Zendaya who was enjoying the pool, posing for the camera while sticking her tongue out, and wearing purple tops while participating in the activity.

As Selena Gomez’s backup dancer in a Sears commercial, Zendaya’s first professional job was with J-14. When Zendaya was 14, she appeared on Disney Channel’s “Shake It Up” as Rocky Blue. Until the series ended in 2013, she acted and danced alongside Bella Thorne. Zendaya has appeared in original Disney Channel movies like “Zapped” (2014) and “Frenemies” (2012). 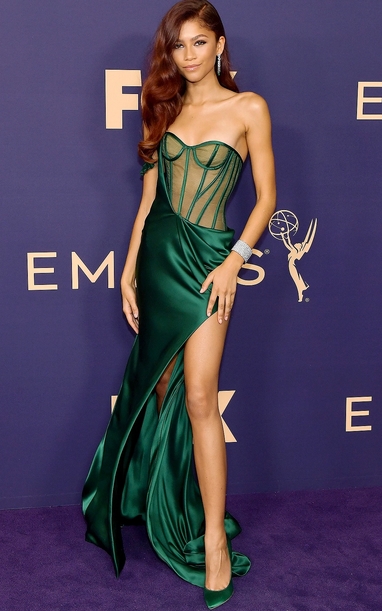 In addition to “Good Luck Charlie,” she appeared on “A.N.T. Farm.” A year later, she released her debut album, which peaked at 51 on the Billboard 200. “Replay” was the hit single from the album. She placed second with Ukrainian-American dancer Val Chmerkovskiy on A.B.C.’s “Dancing With the Stars” season 16 as a 16-year-old. “Finding Neverland: The Album” – the musical companion to the Broadway musical – featured Zendaya.

Taylor Swift’s “Bad Blood” music video featured her as Cut Throat. Zendaya became CoverGirl at 19. “X” was also a collaboration with Prince Royce in February 2017. Bruno Mars’ “Versace on the Floor” music video was released in August 2017. As Michelle or M.J., in Spider-Man: Homecoming, Zendaya joined the Marvel Cinematic Universe (MCU). She starred with Tom Holland and Jacob Batalon in her first feature film. Zac Efron and Hugh Jackman joined Zendaya in the highly acclaimed musical “The Greatest Showman.”

Zendaya revealed in 2019 that she was leaving music to focus on acting. In 2019, Zendaya reprised her role as M.J. in Spider-Man: Far from Home. Jacob Elordi and Zendaya will star in the HBO original series in 2019.Spider-Man: No Way Home was the actress’ return to the successful superhero series in 2021.

Zendaya is always a powerhouse regarding her style, like when she recently wore a black dress with a high slit in New York. How do you feel about her recent look? What are your thoughts on it? Leave a comment below and let us know what you think.