Scroll through any one of your social media feeds and chances are, you may see or yourself use #SareeNotSorry. I have used the hashtag throughout the years. Anytime I wear a sari (which is almost every weekend during wedding season), you better believe that image is going to get the hashtag saree not sorry treatment. It’s just the natural progression of social media rhythms: upload image, insert relevant and clever hashtags, and post.

For Tanya Rawal, OG of the saree not sorry phrase, this saying isn’t “just” a clever and witty hashtag, though.

The hashtag has a firm place in South Asian-American social lexicons, but at its inception, it was a campaign to use fashion as a medium for political discourse. Rawal felt compelled to spearhead the discourse back in 2015 to provide minorities a safe albeit virtual place in embracing and celebrating their hyphenated identities. This movement gained worldwide traction as the US was in the midst of a shit storm of presidential debates which accentuated its own xenophobic underbelly.

At its core, Rawal’s campaign was not meant to be palatable to xenophobic America. Rather than mute her performance of her culture in an increasingly intolerant nation, she rallied to amplify the voices of brown people. Her campaign was to incite in minorities the feeling that we don’t owe anyone an explanation, and certainly not an apology, for how we perform our culture, or that we even want to do so. Essentially, what Rawal aimed to set in motion was for immigrants and children of immigrants to stop pandering to white America.  On her social platforms, she says she’s “using fashion to speak back to the rising anti-immigration discourse in America … because borders are for saris.”

So why write about this now? Because though I am not accusing you, the reader, of having done this, I’m attesting to trivializing this hashtag over the years, using it more as a way to remain socially relevant versus responsible. Perhaps I seek atonement for not being more reflective in my hash-tagging motives. I want to resurrect Rawal’s movement and cast a brighter light on the real implications of what saree not sorry meant and still means.

The rising anti-immigration discourse that Rawal felt back then has, let’s face it, only intensified as we’ve become the United States of Xenophobia under Trump’s thumb, certainly more so now than when Rawal first introduced her campaign three years ago.

During these times, when everything is political anyway (a realization that is hardly new to Rawal and her body of work), we wanted to breathe new life into the campaign, the hashtag, and its origin story.

Rawal was willing to answer the questions and discuss Saree, Not Sorry in the context of the current political climate and what the likes of you and I can do in regards to activism. This is what Rawal had to say.

The Teal Mango: You started your project well before Trump became president. Since his taking office, xenophobia has only further intensified. Where do you see Saree, Not Sorry in the context of the Trump era? Has there been more support for it, push-back, or do you feel your own passion has waxed/waned with all that’s going on in our country?

Tanya Rawal: The Saree, Not Sorry Project is a response to the intersection of the military and prison industrial complexes, which started to take shape long before Trump made his way to the White House. When these two industries intertwine, brown people are profiled and detained in the name of ‘national security’. The Saree, Not Sorry Project is an attempt to check people on this all-too-familiar narrative of incarceration so that we can have an honest conversation about racism, legality, and citizenship.

The Saree, Not Sorry Project doesn’t get much push-back anymore. It seems like the platform serves as a safe space for allies. Of course, from time to time, the haters surface. But the last hater I can remember thought that labeling me a “radical feminist” would be insulting.

TTM: You’ve spoken out in the media about how the discourse on race in the US is binary and that South Asians get shafted, void of representation and language because everything is seen as black or white. How would you advise other minorities change this discourse? Is it being more vocal on social media and spearheading projects such as you have? What practically and dynamically can other minorities do?

Tanya Rawal: My advice to minorities: align with other minorities! It’s the best long-term solution. So if that means being more interactive on social media, then do that. If it means setting up a baseball team to get local minorities working together, then do that too. We have a long colonial history of ‘divide and conquer’ that we need to move past. And that takes some work.

TTM: How has social media helped, if in fact, you think its helped, redefine the discourse on race and ethnicity? How do you see Saree, Not Sorry contributing to this as a movement and then on a micro level, in your own life?

Tanya Rawal: Social media has given us a type of visibility and sense of urgency that we have never had before. But because racism is a structural issue, we have to find a way to use social media to impact policy in a quick and efficient way. The Saree, Not Sorry Project is fun and people love that it exists, but it’s not changing anything in D.C.-Bobby Jindal didn’t start wearing kurtas in public and Nikki Haley is not rocking a paranda at UN meetings. In the future, I don’t want to see our leaders in suits.

TTM: What have been your greatest takeaways in masterminding the inter-sectionalism between fashion and politics?

Tanya Rawal: When I started Saree, Not Sorry, I would also use the hashtag #FashionIsPolitical-gender, race, and class is embedded in the clothes we wear. Thankfully the project also gives me an opportunity to address the unsustainable and unethical working conditions of fast fashion and our consumer-driven culture.

TTM: Alright, let’s shift gears here, on any given week, how many times do you don a saree? How does it make you feel? You once spoke of the authority it gave you the first time you walked into your class with it on. Does that feeling remain?

Tanya Rawal: Maybe once a week. I feel really comfortable when I wear a sari. I don’t know about feeling authoritative in a sari, but I always feel like a strong person while wearing a sari!

TTM: You coined the hashtag #SareeNotSorry and in the years since it going viral, it seems to have taken a life of its own, and often times with very little to do with your initial movement. Do you find that the hashtag has been trivialized or are you OK with the life its taken on over social media?

Tanya Rawal: I will always be okay with people who are unapologetic about what they are wearing, which is what the hashtag implies. And if that means people need to use it to sell saris or hashtag a night out with friends, then great!

TTM: Though your project name is Saree, Not Sorry, you spell the term as “sari” in writing. Which spelling is preferred and is there a reason for the preference or difference in what you use for the project versus in writing?

Tanya Rawal: The only reason I used “saree” instead of “sari” was to have symmetry with the double “r” in sorry!

TTM: Are there any other projects, writing, podcasts or future projects you are currently working on that you can tell us about?

Tanya Rawal: I am working on two new projects! But I am not ready to share anything yet. In due time. 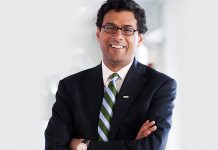 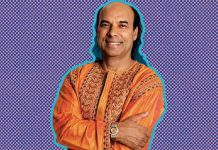 Get Hyped About These July 2018 Movie Releases