Shawn Mendes rang into the new year with a new him! Ditching his signature curls, the Canadian singer took to a more marine-like cut. The “Treat You Better” artist was recently captured in Los Angeles, flaunting his new look as a stepped for a breakfast with his friends. Read on to know all about this look. 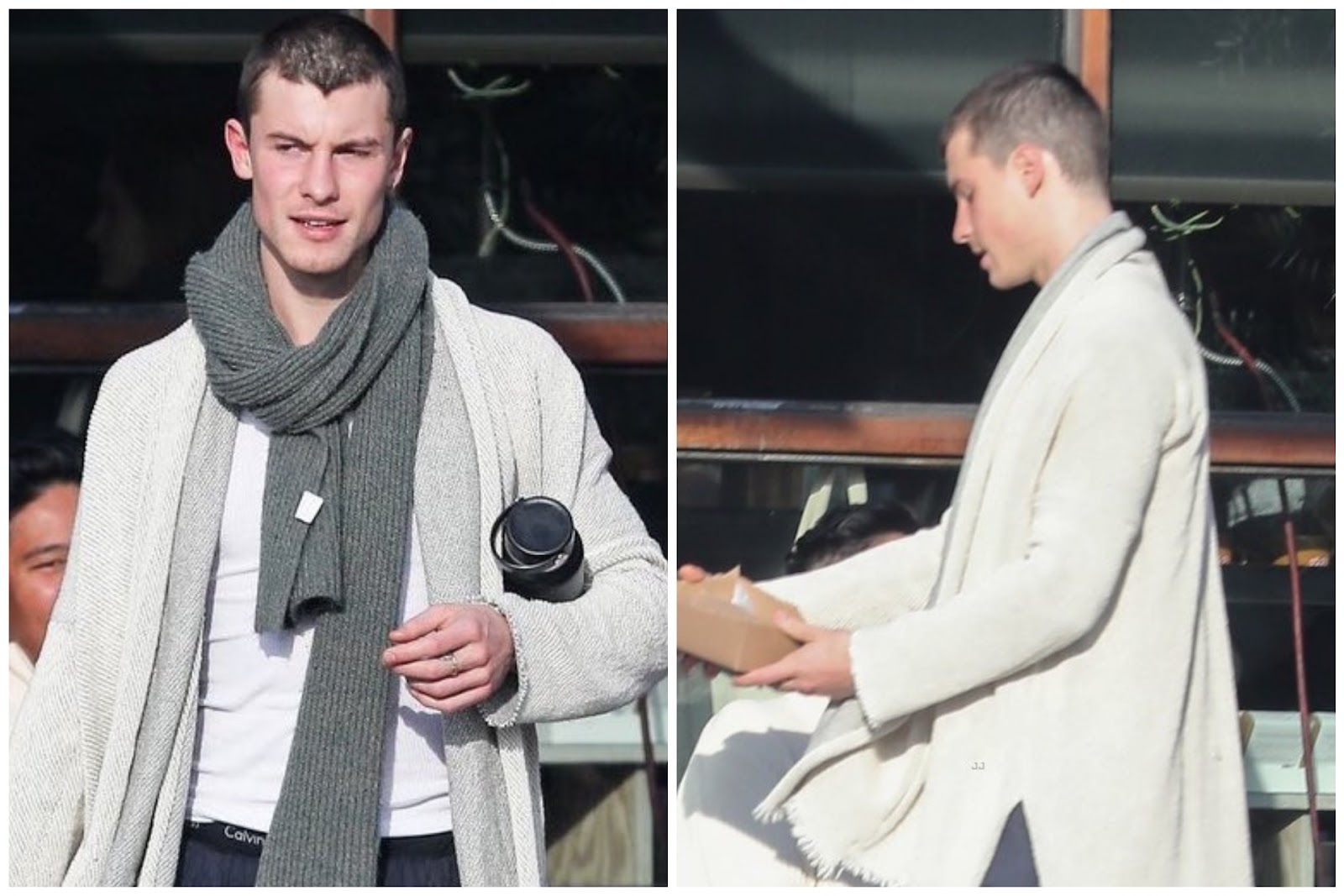 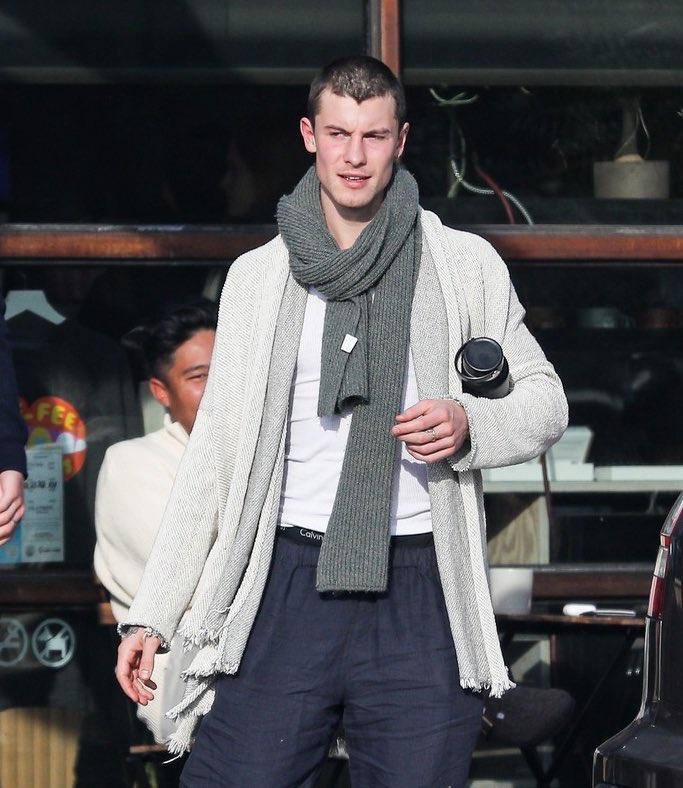 Many Shawn Mendes fans may be weeping on the floor right now because the artist has ditched his signature curls. The 33-year-old artist was recently captured in his new look as he stepped out for breakfast with friends at Verve Coffee Saturday (January 7) in Los Angeles.

The artist has gone for a rather tough and raw look, flaunting a freshly shaved head and guess what? The tightly cropped hairstyle is definitely enhancing his facial features, giving him a more “Marine-like” tough look. It may come as a disappointment for fans who worshipped his iconic curls, but hey, the tough look is something I can’t keep my eyes off.

As he stepped out in this new look, Shawn was seen wearing a white cardigan and a grey scarf. His fans are definitely praising his new look, even though it’s taking some time to get over the fact that the artist gave up his signature curls. 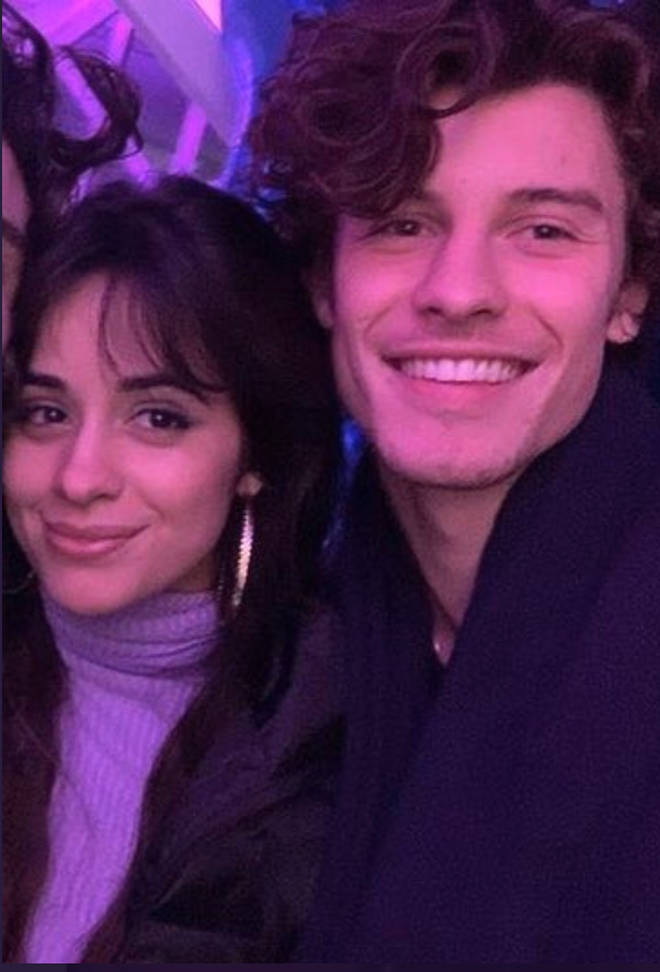 Apart from his music, Shawn Mendes is known for taking away his fans’ breaths with his style and looks. When he was in a relationship with Camila Cabello, Shawn did something that any lover would do. He tried growing a moustache for his lady. The “Senorita” singer was seen featuring his mild facial hair in a selfie with his then-girlfriend.

After joking in the past that he could grow a moustache, Shawn was seen sporting some stubble at his then-griflriend’s Cindrella-themed party. Well, Shawn was very particular about getting facial hair. His tweets were all like: “I just want a beard tbh,” and “my beard is coming nicely.”

Fans had mixed feelings about this look. Back then, one fan wrote, “A simple beard like @jtimberlake would be blessed.” Another wrote, “You are growing a beard my Lil boy is a big boy now.” One mentioned, “That beard looks so f***king good on you.” Another joked about his struggle with getting facial hair.

However, after the two broke up, Camila welcomed the new chapter with a hair change. After two years of dating, Camila and Mendes broke up last year in November. Camila was seen sporting an icy mint hair color less than a week after Shawn Mendes announced their split. But hey, nothing can beat Mendes’ clean shaved look, eh?

Apart from his music career, Shawn has also walked the runway during the “Emporio Armani Spring 2018” show held in Milan, Italy. He donned an Italian brand’s new smartwatch, EA Connected, during the show. In 2019, he was announced that the brand ambassador for Calvin Klein’s #MyCalvins campaign. Well, Mendes has got the style along with a fine understanding of music. Do you like his “shaved head” look?