Television actress Rubina Dilaik soars the temperature by sharing a sizzling picture of herself in a blue bikini on her social media account. The Bigg Boss 14 winner who is quite active on Instagram often keeps sharing her stunning pictures and videos to mesmerize her fans. And this time she shared a hot throwback bikini picture of herself on Instagram.

The actress who looked gorgeous in a blue bikini said that she is longing for a vacation and a beach. Her husband Abhinav Shukla clicked the picture which started to make a buzz on the internet. 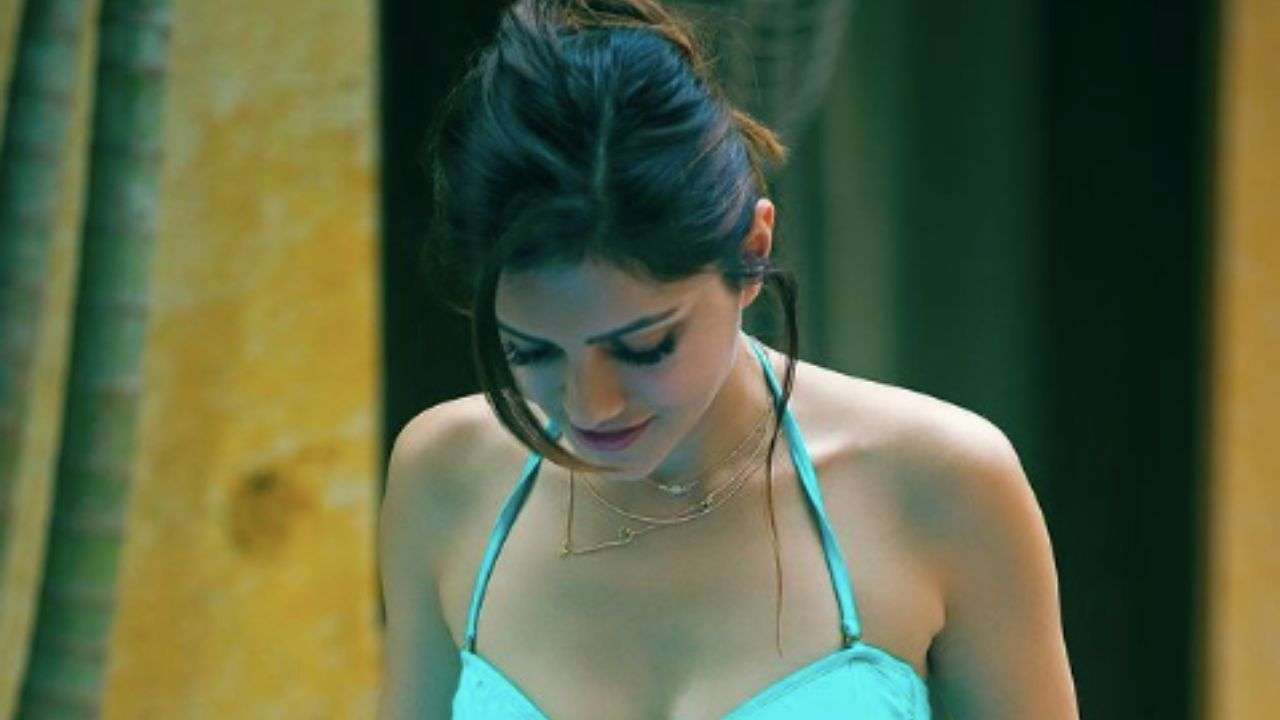 The picture is from one of her beach vacations where she was seen flaunting her toned body and curves in a blue bikini. She can be seen wearing beautiful neckpieces along with a bracelet with her hair tied back. We can see the actress giving a pose near a swimming pool.

Rubina shared the picture by writing, “Longing for a vacation, a beach and (bikini emoji) n some (photoshoot) by @ashukla09

The actress rose to newer heights of popularity after she participated in the controversial television reality show Bigg Boss last year. She joined the show with her husband Abhinav Shukla. Rubina was often in talks for taking a strong stand to keep her points in front of other participants in the show as well as her sweet-bitter relationship with Abhinav Shukla. She received immense support from her fans on social media which helped her in bagging the Bigg Boss 14 title.

A few days back, the actress once again made a buzz by sharing a loving anniversary wish for her sweet hubby.

She shared a video on her Instagram handle by writing, “You are my strength, you are my weakness! You are my light, you are my darkness ….. you are the storm, you are the calmness …… I feel blessed growing every day with you, n enjoying our madness ….. love you Ma munchkin.”

On the work front, Rubina Dilaik who was crowned as ‘Bigg Boss 14’ winner is currently seen in the popular Colors TV show Shakti – Astitva Ke Ehsaas Ki, in which she portrays the role of Saumya. She became a known face in the industry with her shows Choti Bahu – Sindoor Bin Suhagan and Punar Vivah – Ek Nayi Umeed. She also featured in Kasamh Se, Saas Bina Sasural, Devon Ke Dev…Mahadev and Jeannie Aur Juju.