For some, the phrase suggests Edith Wharton’s New York, others find it reminiscent of the blingy, streetwise look of the early 2000s.

Given all the room for interpretation, guests at tonight’s ceremony were free to chart their own course. They did so happily, dressing to the nines in custom designer outfits and archival vintage. As always, the red carpet was filled with long trains and elegant jewels. However, this year a subtle break from tradition was the only way to stand out.

Speaking of standing out, the Olympic Ski sensation, Eileen Gu made her Met Gala appearance in a totally different and bold look.

The Winter Olympian is supposedly setting social media on fire as she attends the thrilling Met Gala night. Check out this article to know more about her look with exclusive pictures.

Appearing on the red carpet just days after leaving China for the US, the Olympian freestyle skier Eileen Gu was the second-most talked about topic on Weibo (Twitter like platform in China) within hours. The hashtag #EileenGuMetGalaRedCarpet is trending with over 250 million viewers. The 18 year old American Skiing star who made headlines for representing China at the Winter Olympics brought her fierce bold look to the Met Gala carpet. This was her second appearance at the biggest fashion night events in New York.

Eileen wore a stunning leather mini dress customized by Louis Vitton for her special appearance on the Met carpet. Gu showcased a much edgier look as confronted with this year’s theme.

She channeled a bold leather mini dress that had a plunged neck line and a metal belt to top the dress. She paired the whole outfit with long black leather boots that personified her entire look for the night.

This was not the first time the Skiing star walked on the Met Gala red carpet. The 18 year old olympian who is supposedly called a supermodel after her fierce unique photoshoots attended last year’s Met Gala channeling the innocent yet elegant side of her as fans like to argue. 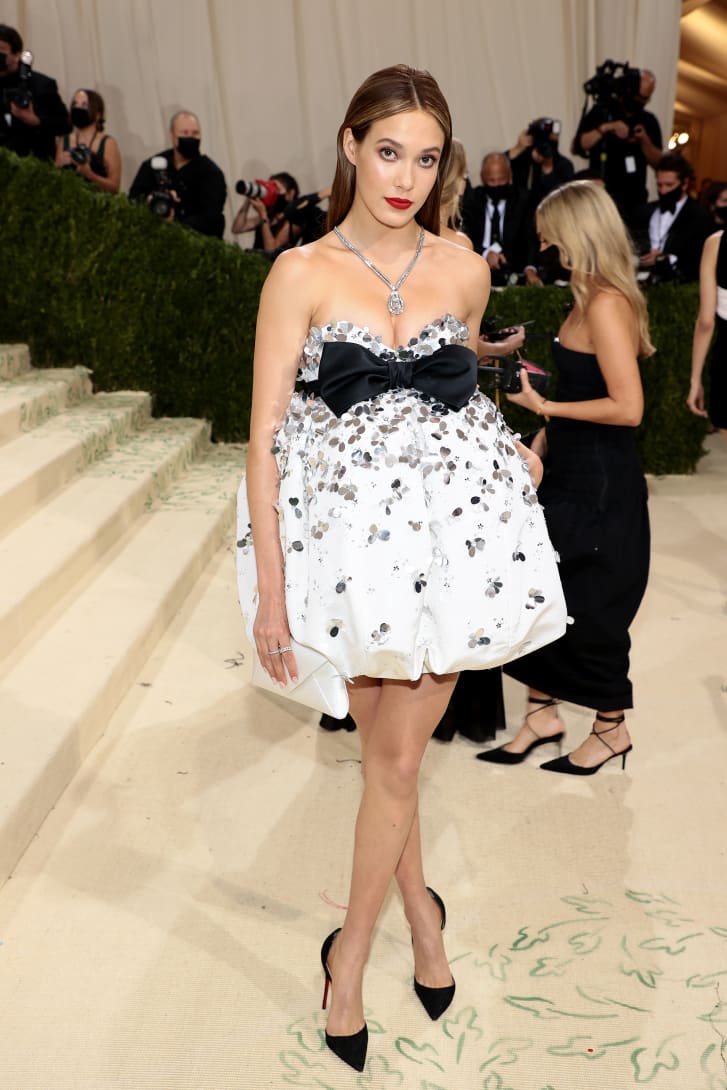 People are comparing her previous appearance with the current one saying the athlete has emerged as a confident individual which is true as this year’s look was completely different and she carried it out like a boss.

Her debut appearance on the Met carpet was special as she wore a diamond necklace and rings from Tiffany & Co. She wore the blue book oval diamond that stole the show.

Here you go! This is all you need to know about the freestyle skier Eileen Gu’s Met Gala look 2022.