The toymaker announced a historic addition to its doll lineup, which will be a new line released in June. With the release of this line, the company is aiming to focus on the issues of inclusion and diversity through the iconic dolls. 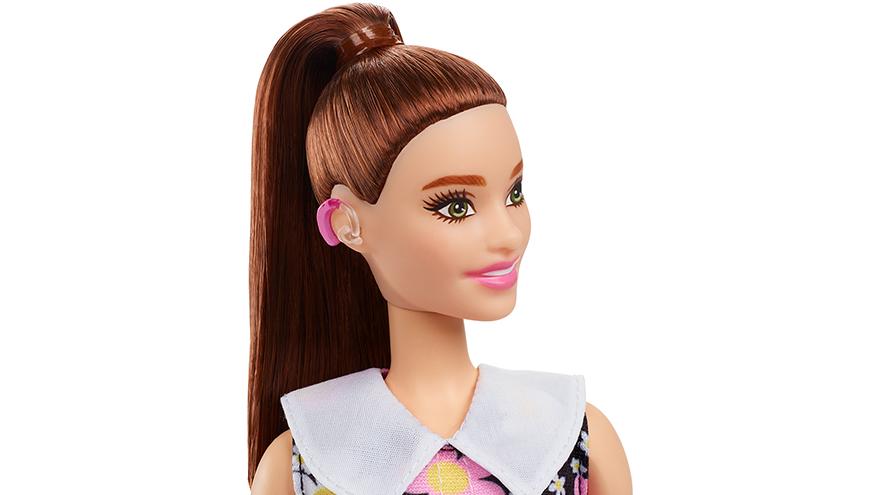 The Fashionista Line of 2022 from Mattel will include a doll with hearing aids as well as a Ken doll with vitiligo, a skin disorder that causes loss of pigment cells.

This Barbie will come with a pink hearing device and the other dolls from the same line are manufactured reflecting other similar conditions.

The new Barbie with hearing aids has been developed in association with Dr Jen Richardson who is an audiologist and hearing loss advocate, to accurately create the hearing device.

“I’m beyond thrilled for my young patients to see and play with a doll who looks like them,” Richardson said highlighting the importance of inclusion and awareness among people since childhood.

The same was stated by Lisa McKnight, the executive vice president and the global head of Barbie Dolls saying that this new line hopes to “help children see themselves reflected.”

Mattel has been seen straying away from creating the traditional body types and styles of dolls in recent years. They have attempted to change the stereotype of smaller than life figures with an attempt to have more representative features and shapes such as less muscular male dolls and fuller female barbies.

“It is a privilege to create products that help children to see themselves reflected in the world,” McKnight said in a statement. “In partnership with my best-in-class team, cross-functional leadership across Mattel and collaborative external partners, I am excited to continue to innovate and grow these iconic brands and empower the next generation to explore the wonder of childhood and reach their full potential.”

“As a Black Mom, it is crucial to me that my child sees themself in the dolls that they play with. Acting out stories through play helps children develop social skills like empathy & learning about #Barbie Inspiring Women fosters their belief in who they can be.”-@ItsMyRayeRaye pic.twitter.com/9eaNYwhIgn

This new line is also an extension of this attempt of breaking the traditional outlook. “With a wide variety of skin tones, eye colors, hair colors and textures, body types and fashions, the dolls are designed to reflect the world kids see today,” is what Mattel want to convey.

The first-ever Barbie doll was introduced in 1959 and since then it has witnessed numerous alterations over the past six decades. The first doll was a blonde and a brunette dressed in a black and white swimsuit. But as we see the racks of dolls we sure do see more variations of barbies which are more realistic.

As per estimation more than a billion Barbies have been sold worldwide since 1959. Since the first doll Barbie’s range of dolls has become diverse and in 2019 itself the company came out with a blonde, blue-eyed barbie seated in a wheelchair alongside a brunette doll with a prosthetic leg.

In 2020 Mattel even released a Black Barbie with a vitiligo skin condition and 2021 saw the release of a Black Doll with an afro hairstyle.

Today and every day, Barbie celebrates the power of Black voices. When we recognize the importance of nurturing the potential in every child to dream big and make themselves heard, we keep #MLK’s legacy alive, and grant kids the space to imagine a more inclusive world for us all. pic.twitter.com/5xn3Ho6ddl

With the companies becoming more cautious of the impact they are creating in society, such efforts to be inclusive and diverse are much appreciated. Being a toy company such efforts show how its also always better to educate children from a young age making the world a much kinder place.